The pair is accelerating past September highs.

On Friday, the Producer Price Index Final Demand for November is expected to rise 0.1% on month, compared to +0.3% in October. Finally, the University of Michigan's Consumer Sentiment Index for the December preliminary reading is expected to slip to 76.0 on month, from 76.9 in the November final reading.

The Euro was bullish against most of its major pairs with the exception of the NZD, AUD and CAD. In Europe, the European Central Bank has kept its key rates unchanged and has decided to boost PEPP (Pandemic Emergency Purchase Program) by 500 billion euros to at least March 2022. Separately, the UK Office for National Statistics has reported October GDP at +0.4% on month (vs flat expected), industrial production at +1.3% (vs +0.3% on month expected) and trade balance at 1.738 billion pounds deficit (vs 156 million pounds deficit expected). Furthermore, France's INSEE has posted October industrial production at +1.6% (vs +0.4% on month expected).

The AUD/USD broke above our first target of 0.75 in Thursday's trading breaking September highs. The pair gained an impressive 91 pips making it the top major pair of the day in terms of performance. Price action is currently above the upper Bollinger band indicating bullish momentum. We have raised our stop-loss to match the 20-day moving average at 0.738 with new targets of 0.765 and 0.777 in extension 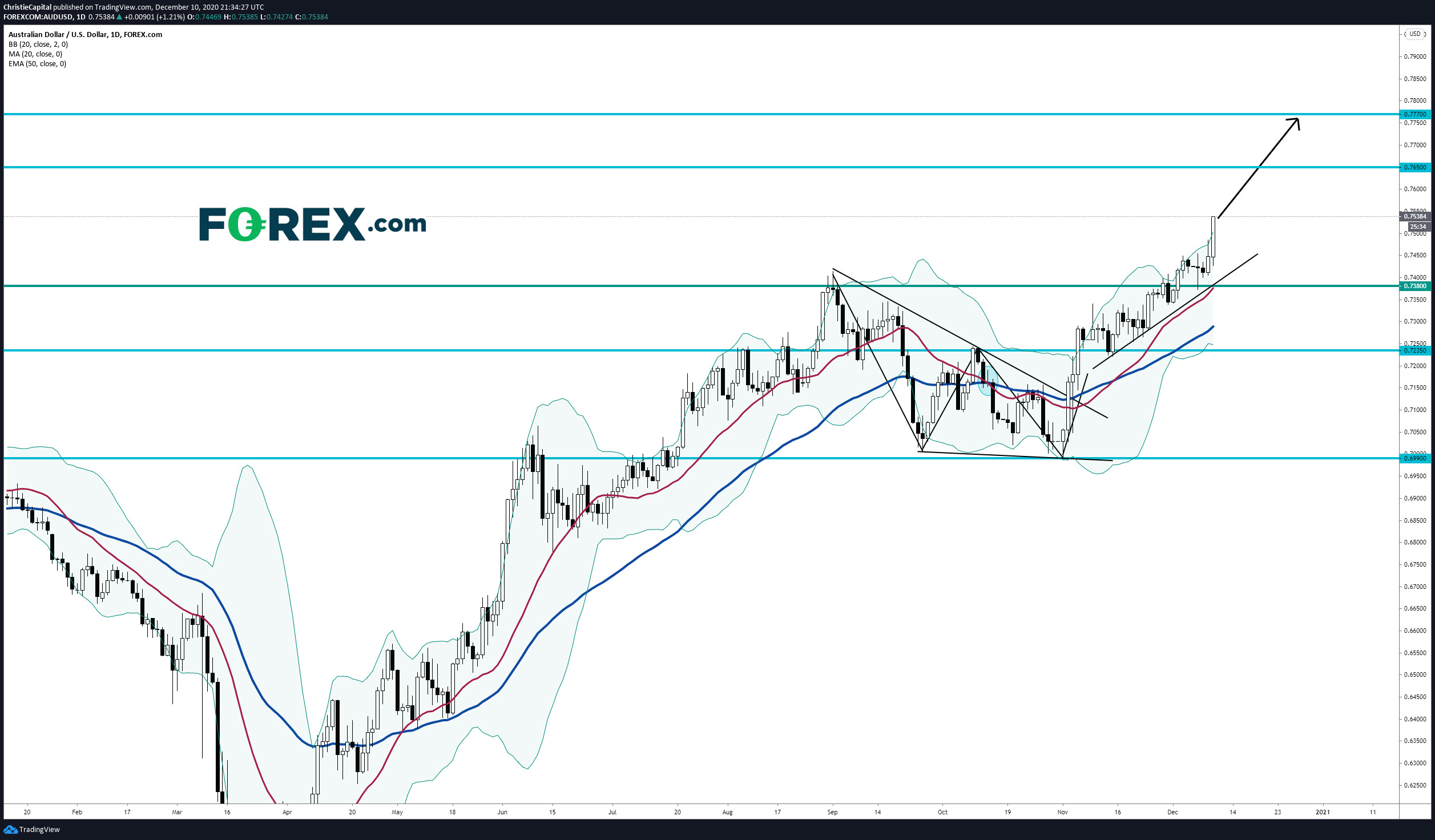