As the final week of the month draws to a close, Aussie bulls are clearly licking their wounds. The Australian dollar has been the worst-performing over the month, week, and day so far as the currency faces a “perfect storm” of bearish developments... 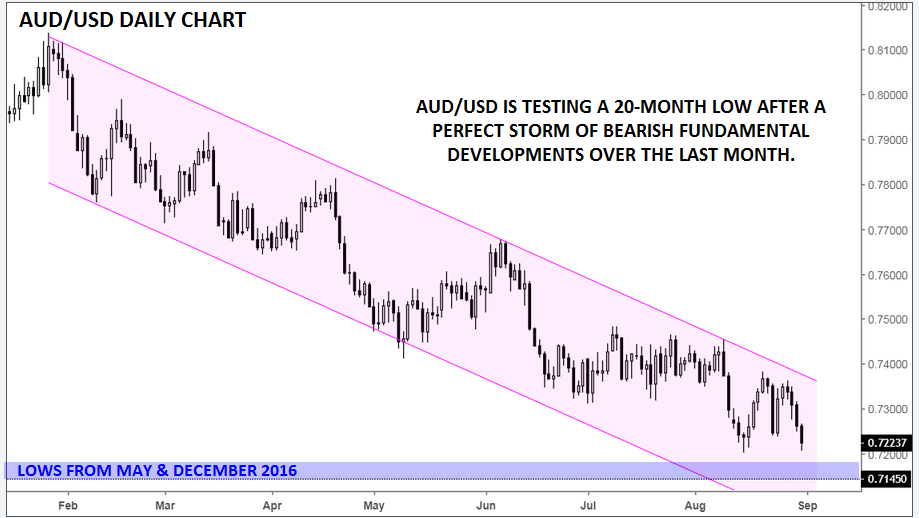