Reserve Bank of Australia Governor Philip Lowe stated in a conference: "I think it is likely that we are going to see interest rates at their current level for years."

He cited relatively better health and economic outcomes from the coronavirus impact, and strong commodity prices.

Meanwhile, investors are concerned about a second-wave of the coronavirus pandemic. In Victoria, Australia's second-most populous state, another 19 cases were confirmed Sunday, taking the number of new cases in the state to 160 over the past week. Authorities have extended a state of emergency by four weeks to July 20 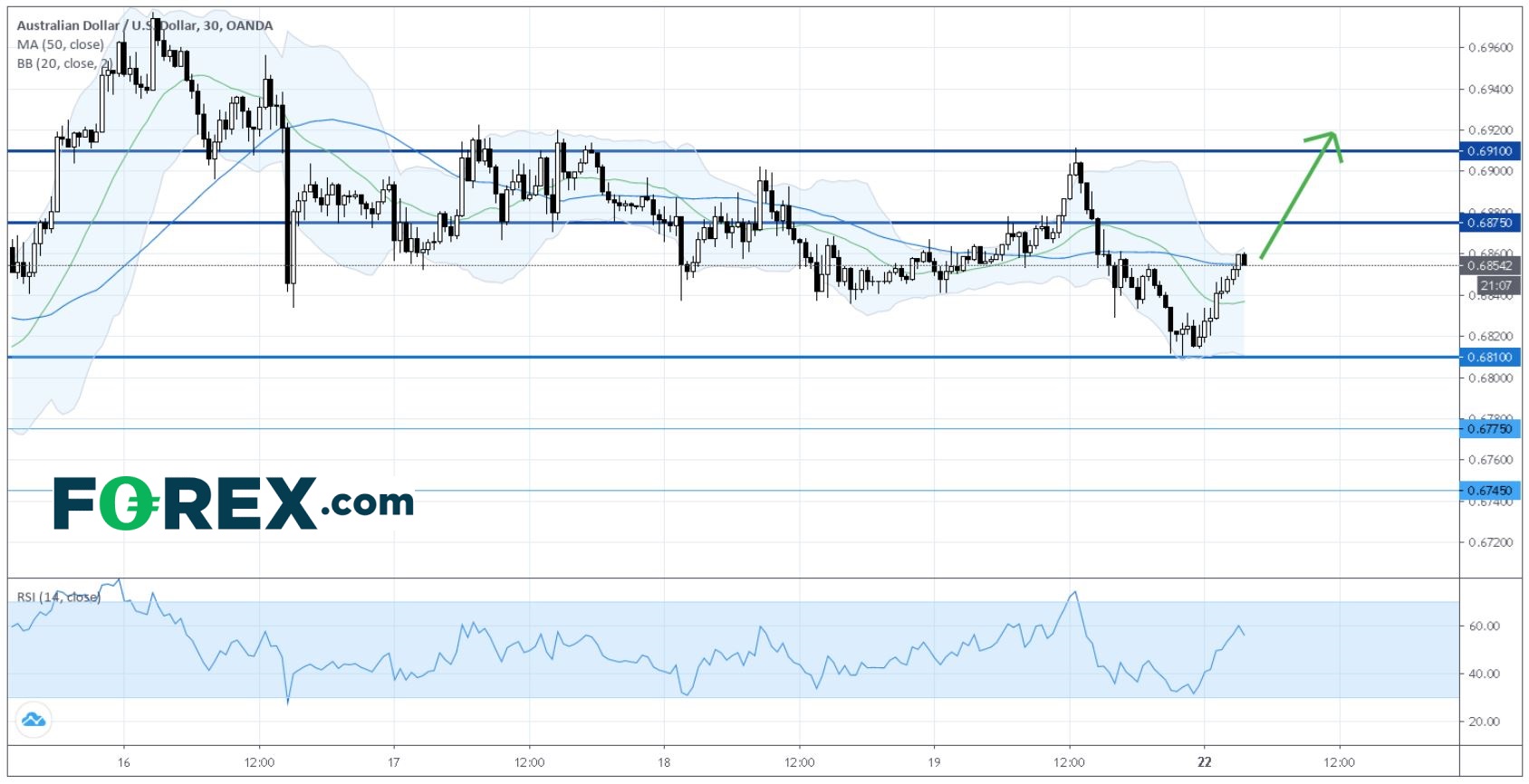 
It is currently striking against the Upper Bollinger Band calling for acceleration to the upside.

And strong upward momentum is evidenced by the relative strength index, which is well directed above 50.

Riding on a continued rebound, the pair is expected to encounter Upside Resistance at 0.6875 and 0.6910 (around the high of last Friday).