Aussie: One of the Most Benefited Major Currencies

Furthermore, data released this morning showed that China's Caixin Manufacturing PMI rose to 53.1 in August (52.5 expected), the highest level since January 2011 and "was indicative of a solid overall improvement in the health of the sector".

Later today, the Reserve Bank of Australia is expected to keep its benchmark rate unchanged at 0.25%, which is likely to have little impact on the currency.

Let's take a how Aussie against U.S. dollar, Euro and Japanese Yen. 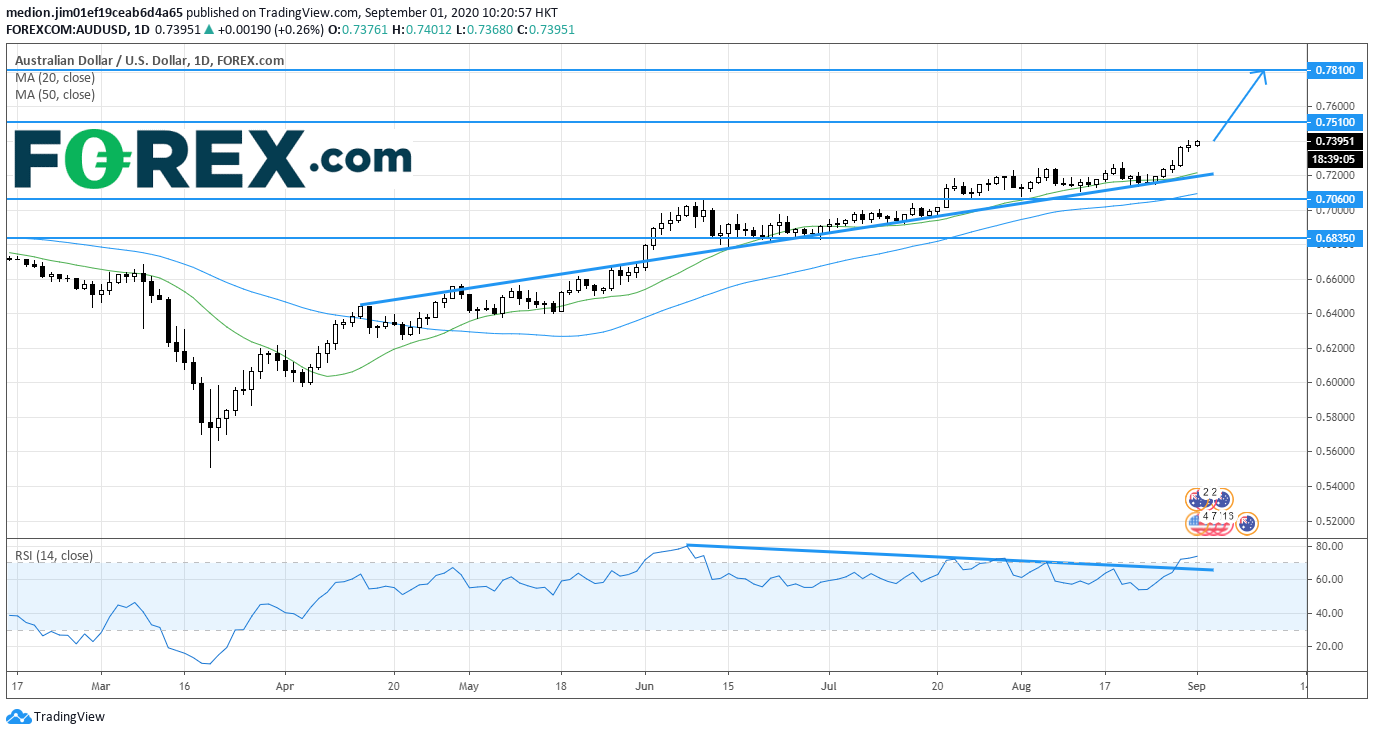 The pair is supported by a rising trend trend line, indicating a bullish outlook. The rising 20-day and 50-day moving averages are also as support now.

The relative strength index breaks above the declining trend line and erases the condition of the bearish divergence signal. 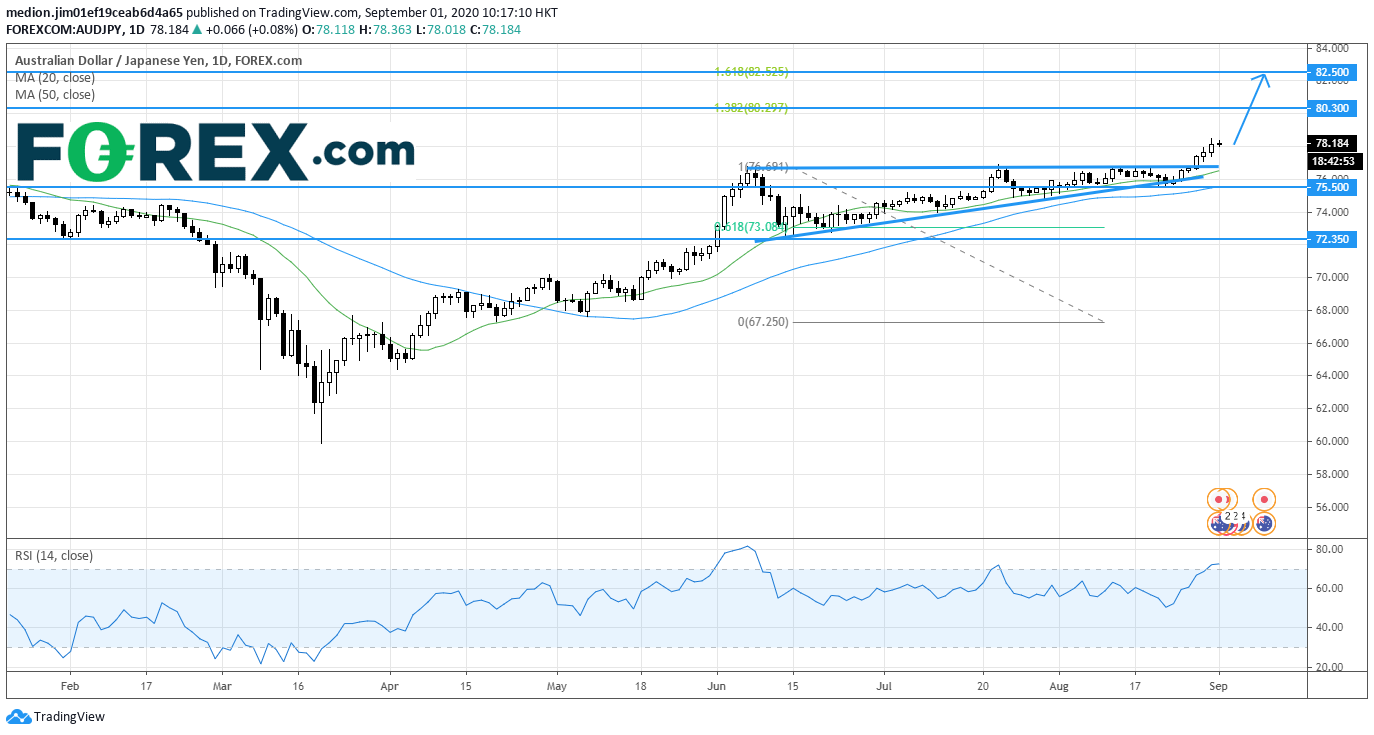 The pair confirmed a bullish breakout of the ascending triangle, calling for a further upside.

Currently, the prices are trading above both rising 20-day and 50-day moving averages. 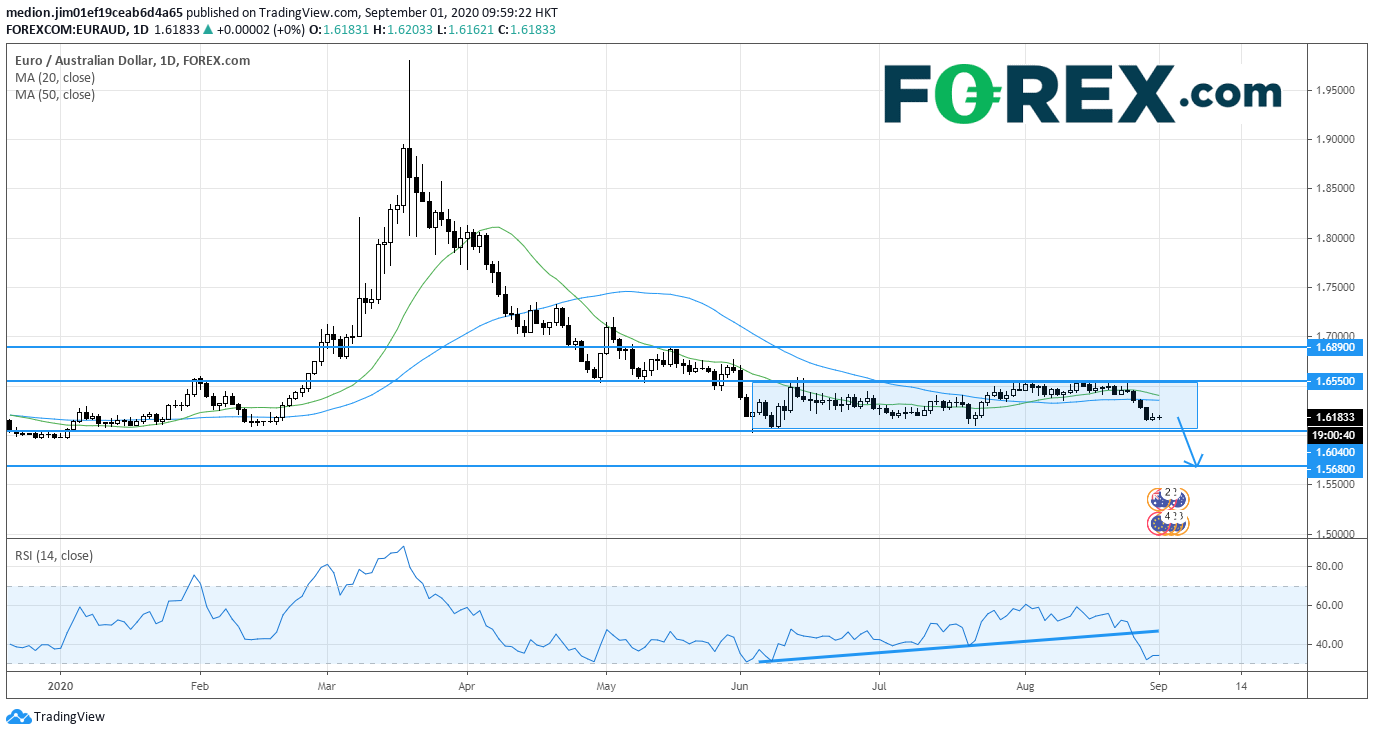 In fact, the prices stay below both 20-day and 50-day moving averages. The relative strength index broke below the rising trend line. Above technical indicators would suggest a bearish outlook for the pair.