Yesterday in our BOC preview, we noted that if the Bank of Canada were to cut rates today it would most likely be on the back of global stimulus due to the coronavirus, and less about the Canadian  economy itself.  Indeed, the Bank of Canada did cut rates today by 50bps from 1.75% to 1.25% (the lowest level since mid-2018) and noted that it was primarily because the coronavirus would be a negative shock to the economy.  The Committee would continue to monitor developments and adjust monetary policy further if necessary.

USD/CAD went bid after the announcement, even though price had been moving higher since yesterday in anticipation of a possible rate cut.  The headline expectation was for unchanged at 1.75%, however after the US Federal Reserve surprisingly cut rates by 50bps, fx markets began pricing in a BOC cut as well.  50bps was more than markets hoped for and this sent USD/CAD to resistance at the 127.2% Fibonacci extension from the highs from November 20th, 2019 to the lows on December 31st, near 1.3430.  Above there, is resistance at Friday’s highs near 1.3465.  Horizonal support comes across at 1.3330, and dips to 1.3250 are likely to be bought, as trendline support and horizontal support meet near that level. 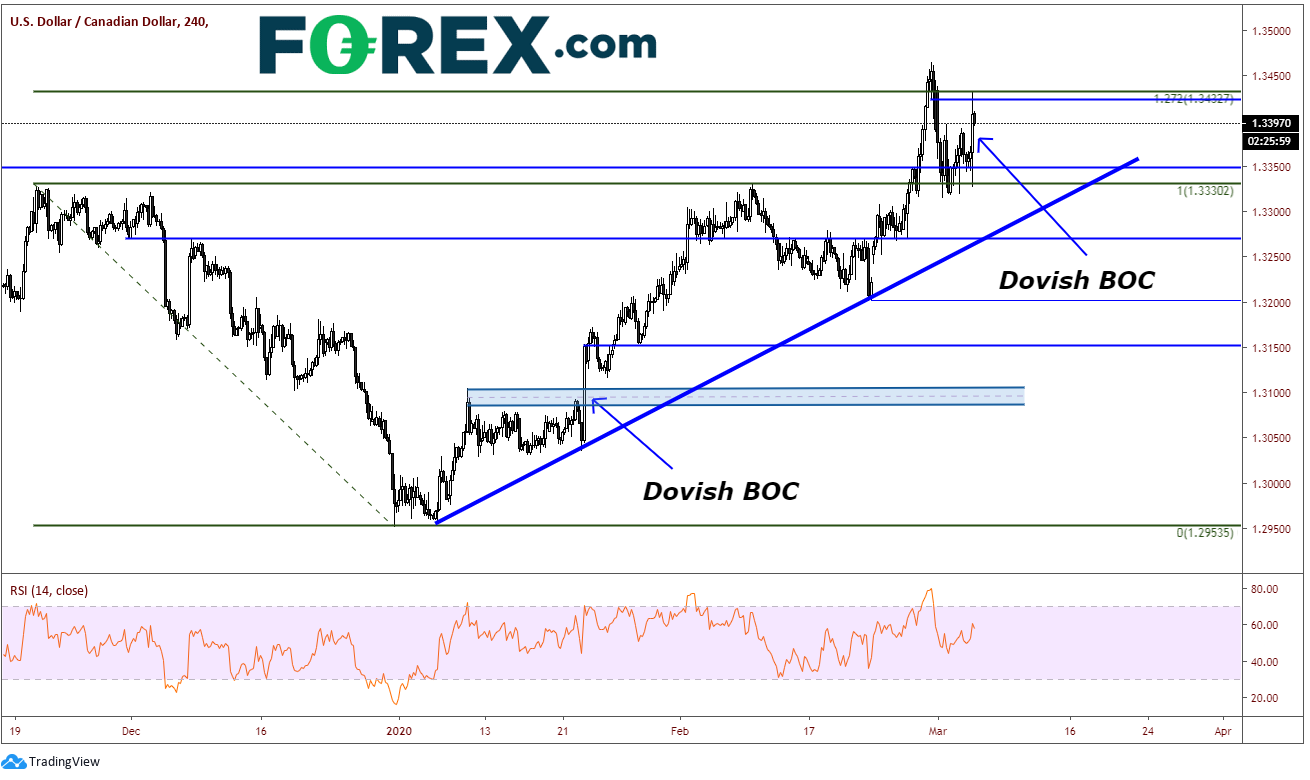 As Canadian rates sit at 1.25%, higher than most of G7 countries (technically, US targets between 1.00%-1.25%), markets may begin to price in another rate cut by the BOC.  If such a scenario were to occur, USD/CAD could continue moving higher. On a daily timeframe, it’s easy to see how price has been moving higher off the December 31st lows and pulled back at resistance near 1.3330 to the 200 Day Moving Average as the RSI became overbought, forming a flag formation.  On February 21st, price broke out of the flag.  The target for a flag the length of the flagpole added to the breakout point of the flag.  In this case the target is near 1.3590, just above the horizontal resistance from May 31st, 2019.  Of course, nothing moves in a straight line, and a pullback would give the RSI room to unwind as buyers may look to step in and buy the dip. 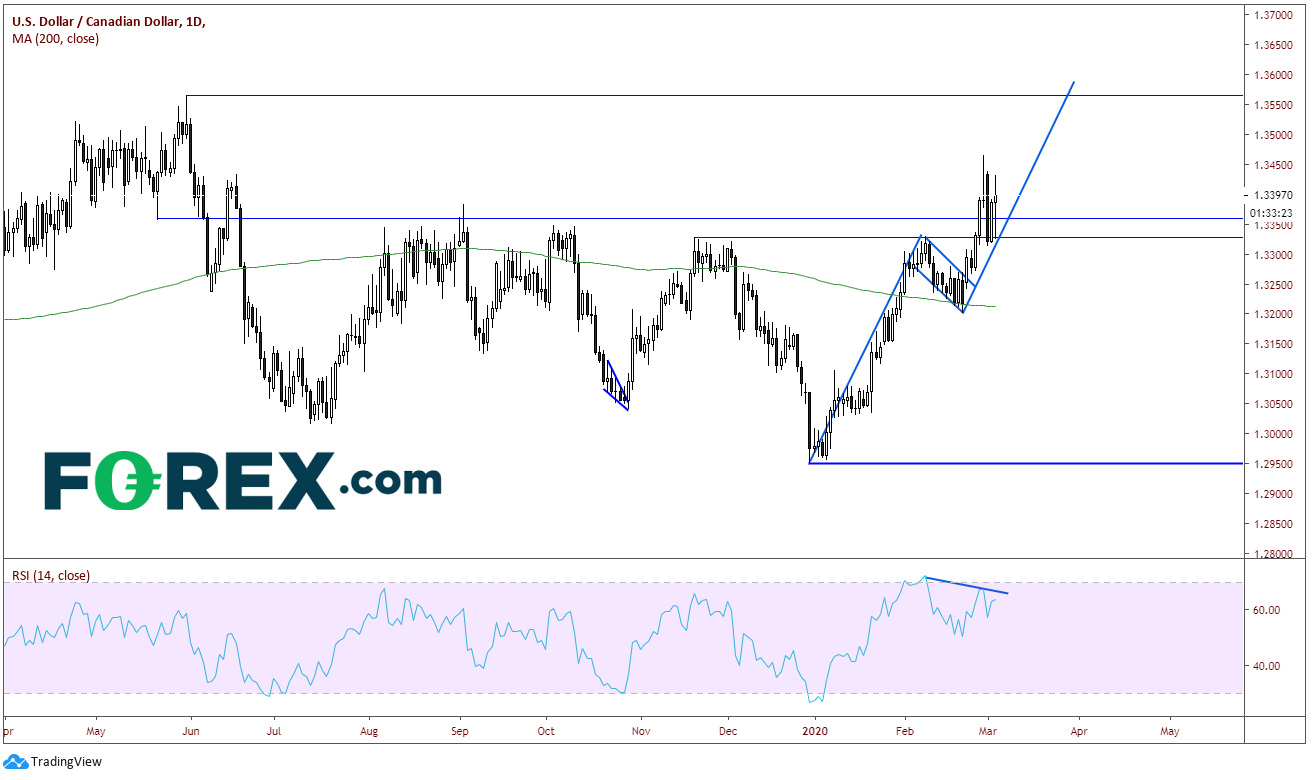 Traders now will be waiting and watching as the coronavirus continues to spread across the globe. With rates at 1.25%, Canada still has room to cut.   If the virus continues to plague global growth, including Canada, there may be more ahead from the Bank of Canada.