Bank of Canada preview: Is the BOC ready to hike rates?

At its last meeting in December, the BOC said it doesn't see a rate hike until mid-2022. However, some seem to think it will hike at this meeting!

The Bank of Canada meets on Wednesday to discuss monetary policy.  At its last meeting in December, the Committee left rates unchanged at its all-time low of 0.25% and said it doesn’t see a rate hike until mid-2022.  However, markets are pricing in over a 60% chance of a rate hike at this meeting.

Inflation remains high.  The December print up ticked to 4.8% YoY from 4.7% YoY, the highest level since September 1991.  At the last meeting, the BOC said that the elevated inflation was primarily due to continued supply chain issues and although the committee expects inflation to remain elevated through the first half of 2022, it also expects it to fall back to its 2% target during the second half of the year.

The labor market has been strong since the BOC’s December meeting.  After adding an outsized +153,700 jobs to the economy in November, Canada followed up with an additional 54,000 jobs added to the economy in December, doubling estimates.  The jobs were split nearly even between part-time and full-time.   Employment is one issue the Bank of Canada doesn’t have to worry about. 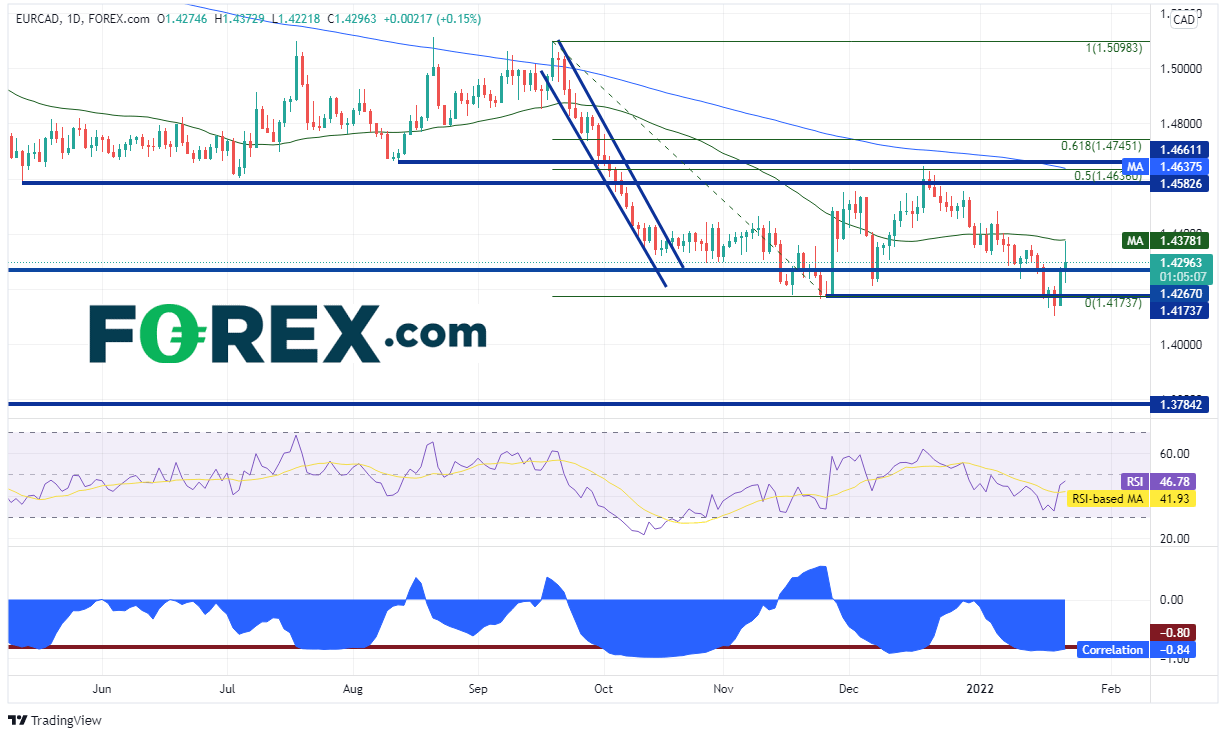 Notice on the bottom of the daily chart above that EUR/CAD has a strong, negative correlation to Crude oil (similar to that of USD/CAD).  The current correlation coefficient is -0.84.  Any reading of above +0.80 or below -0.80 is considered a strong correlation.  Therefore, traders should be aware that when Crude Oil moves in one direction, often EUR/CAD will move in the opposite direction.

On a 240-minute timeframe, EUR/CAD tried to rally above a downward sloping trendline dating back to the December 20th highs, however failed to hold above it. Resistance is at the Monday’s highs, which is also near the 50% Fibonacci retracement level from the December 20th, 2021 highs to the January 20th lows and the 50 Day Moving Average of 1.4375.  Above there is a confluence of resistance consisting of previous support/resistance near 1.4421 and the 61.8% Fibonacci retracement from the same timeframe near 1.4437. It looks like its wide open from there until long-term horizontal resistance at 1.4583 (see daily).   Near-term horizontal support is at 1.4268 and 1.4219 before the January 20th lows at 1.4100. If price breaks below there, the next support is the April 2017 lows at 1.4030. 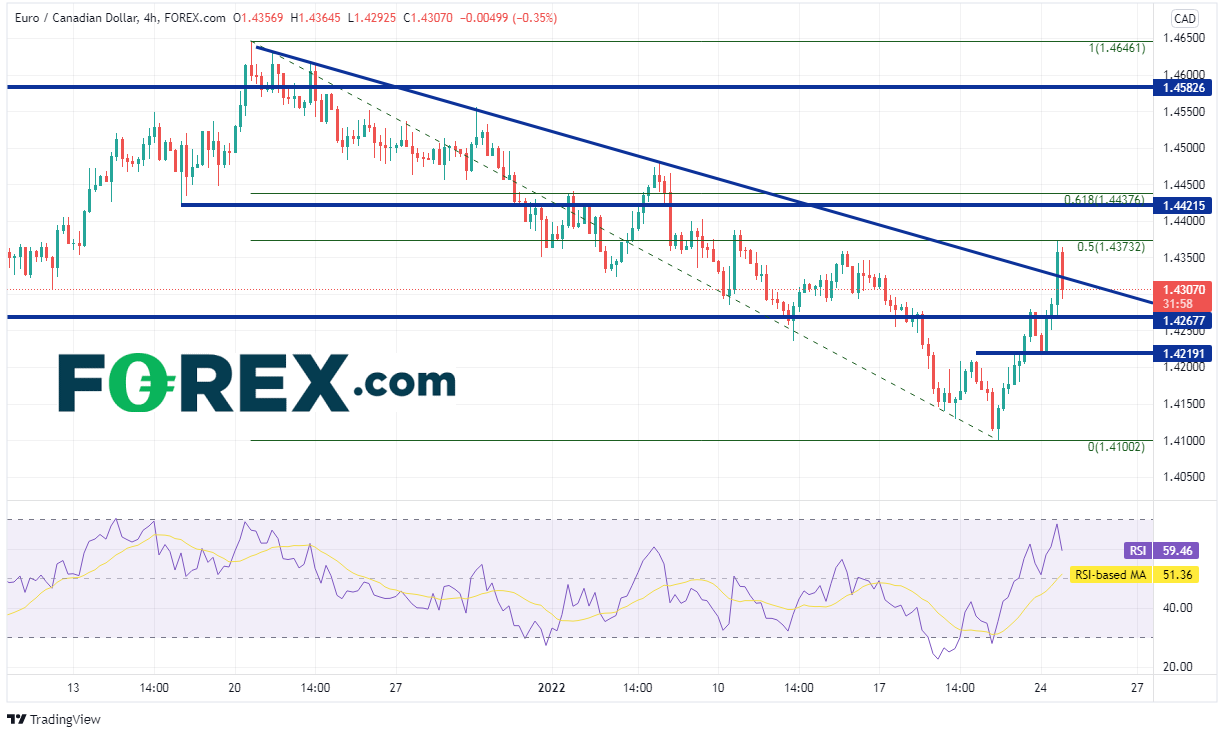 Although at the last meeting the Bank of Canada said they aren’t looking to hike rates until the mid-2022 quarters, the markets beg to differ.  If not at this meeting, watch wording for when the rate hike may come.   Also look for timing as to when the BOC may begin to let their balance sheet unwind.  Regardless of that happens, there is plenty of opportunity for volatility in EUR/CAD!