Will USD/MXN continue lower? It may depend on whether the central bank decides to hike another 75bps at its August meeting!

The Bank of Mexico (Banxico) hiked rates by 75bps from 7% to 7.75% during its June interest rate decision meeting.  This is the 9th hike in the cycle, which began in June of last year and is the highest interest rate level since October 2019.  This came hours after Mexico released its June mid-month Inflation rate at 7.88% YoY vs 7.7% YoY expected and up from 7.58% YoY in May.  In addition, the mid-month Core inflation rate was 7.47% YoY vs 7.3% YoY expected and 7.24% YoY previously. These numbers are still well above the central bank’s target inflation rate of 3.0%.  The primary reason for raising rates was due to increasing inflationary pressures and tighter monetary pressures worldwide. Banxico also raised its inflation forecast peak from 7.6% in Q2 2222 to 8.1% in Q3 2023, while at the same time maintaining its convergence to the 3% target rate in Q1 2024.  In addition, as with many other central banks, Banxico said it will take act forcefully if needed.

On a monthly timeframe, as the coronavirus pandemic began in early 2020, USD/MXN rose from 18.5235 to a high of 25.7836 during the week of April 6th, 2020.  Since then, the pair has been moving lower in a series of lower highs.  However, USD/MXN has bounced each time it has fallen to the 20.0000 area.  The pair is currently nearing the apex of the descending triangle.  Will it finally break? 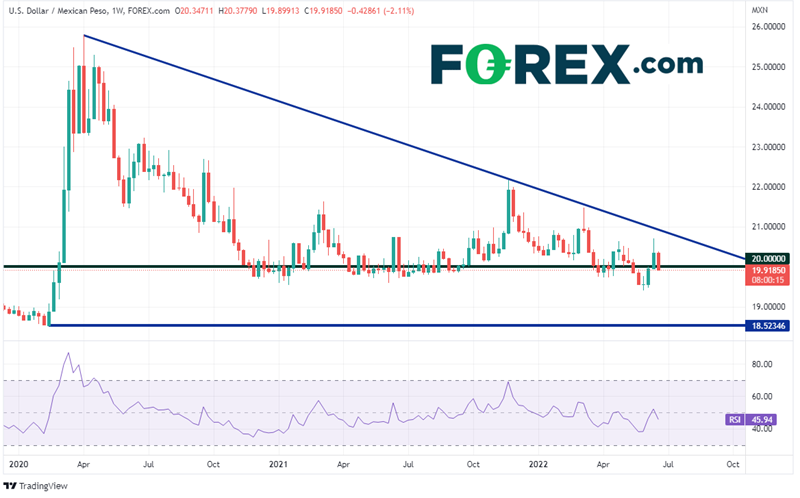 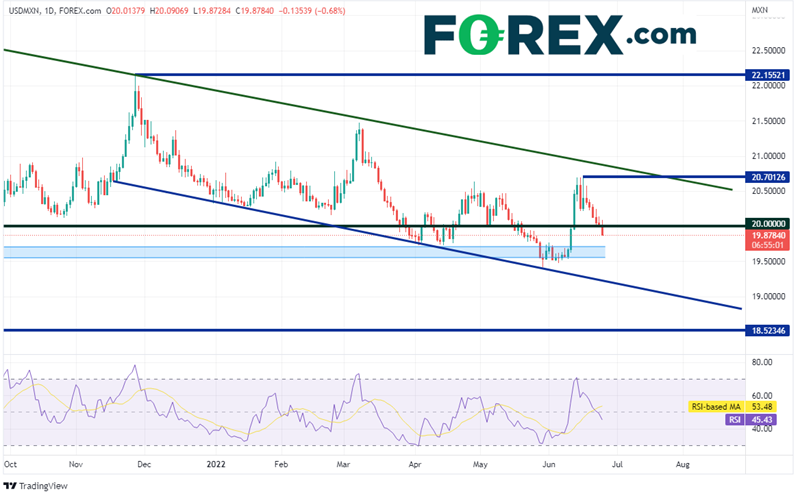 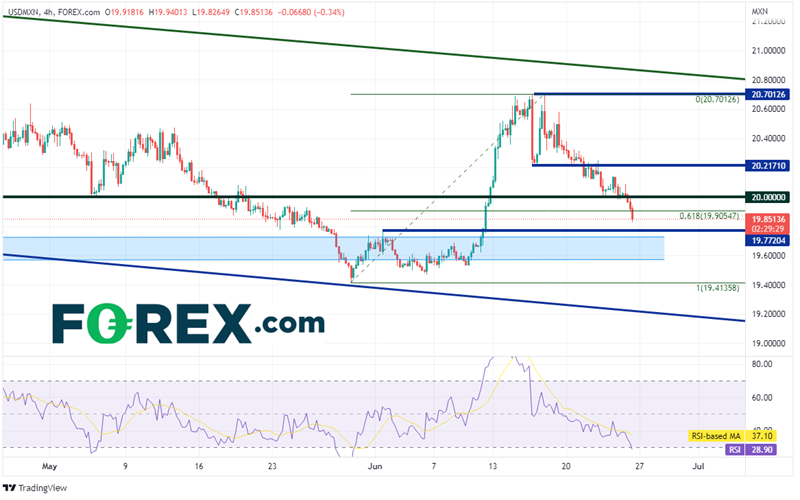 Banxico hiked interest rates yesterday by 75bps, matching that of the US 2 weeks ago.  Earlier in the day, mid-month inflation came in hotter than expected.  As a result, USD/MXN has continued its long term move lower, once again cracking the key 20.0000 level.  Will it continue lower?  It may depend on whether the central bank decides to hike another 75bps at its August meeting!