On Guard For A Dovish Hold From RBNZ | NZD/USD, NZD/JPY 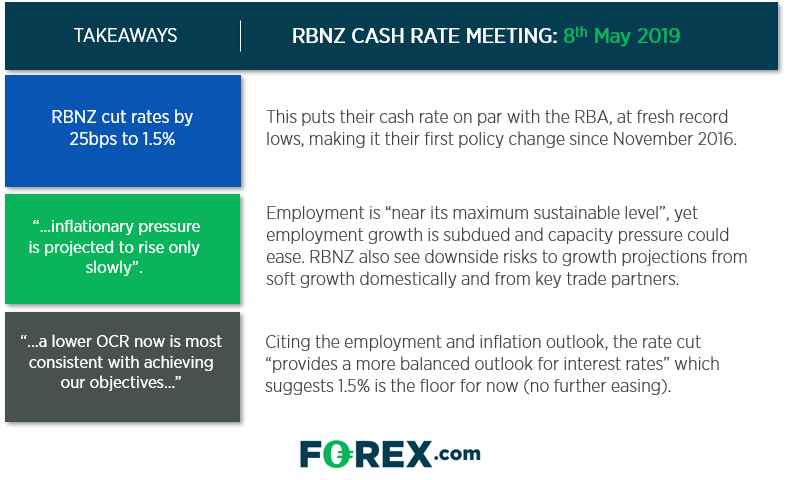 As we noted in previous reports, RBNZ signalled a cut in March before weak inflation data all but confirmed May’s cut. However, when the expected cut arrived their May statement suggested 1.5% would be the floor for now. Moreover, Governor Orr said in May that “outlook for interest rates remain balanced at the moment” and earlier this month Assistant Governor said RBNZ’s central view is for rates to remain broadly around current levels for the foreseeable future. Put together, we expect RBNZ to remain on hold tomorrow.

However, given the dovish FOMC meeting, comments from Draghi and a rate cut from RBA (along with repeatedly dovish comments from Governor Lower), it’s plausible RBNZ could reintroduce a dovish tone to their statement tomorrow. Going into the meeting, NZD/USD remains supported whilst the US dollar continues to unwind. It appears to be carving out a double bottom pattern above 0.6500 which would be confirmed with a direct break above 0.6685. However, as its now within its 7th bullish session and RSI(2) is heavily overbought below key resistance, we could see NZD/USD dip lower and respect resistance. A dovish tone on tomorrow’s statement could be just the catalyst (and not to mention the US dollar index is losing momentum above the March lows) whereas an unsuccessful G20 meeting (no deal with China) would likely scupper it potential for a bullish breakout. 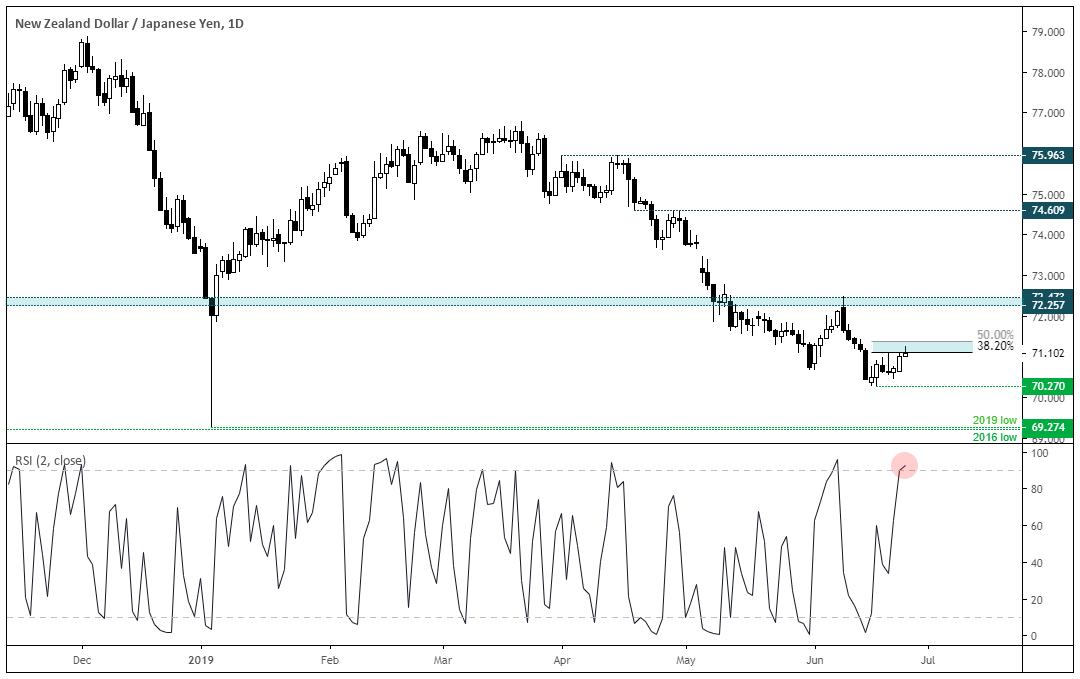 NZD/JPY could be setting itself up for a swing trade short. The cross remains in a clear downtrend and has retraced towards the 38.2% - 50% retracement levels. As RSI(2) is overbought, so we’d consider fading spikes around current levels with a view for a break beneath the 70.27 low. However, with the G20 just around the corner, fears of a no-deal between US and China could bring selling pressure onto yen crosses (particularly commodity FX) and could prove to be the bigger driver over tomorrow’s RBNZ meeting. Although a dovish meeting would only add to its headwinds.