The company said: "We are reviewing our capital and expenditure guidance for the 2021 financial year and it will be lower than the current guidance of around US$8 billion."

From a technical perspective, the bearish trend could resume as the stock price is pushing below a short term rising trend line. The daily Relative Strength Index (RSI, 14) failed to clearly break above its neutrality area at 50%, indicating a lack of momentum. As long as 38.2% Fibonacci retracement level at 1400 is resistance, expect a new down move towards the congestion area 1100 – 1015.

Alternatively, a break above 1400 would reinstate a bullish bias and would call for a reversal up trend with 1510 as first target. 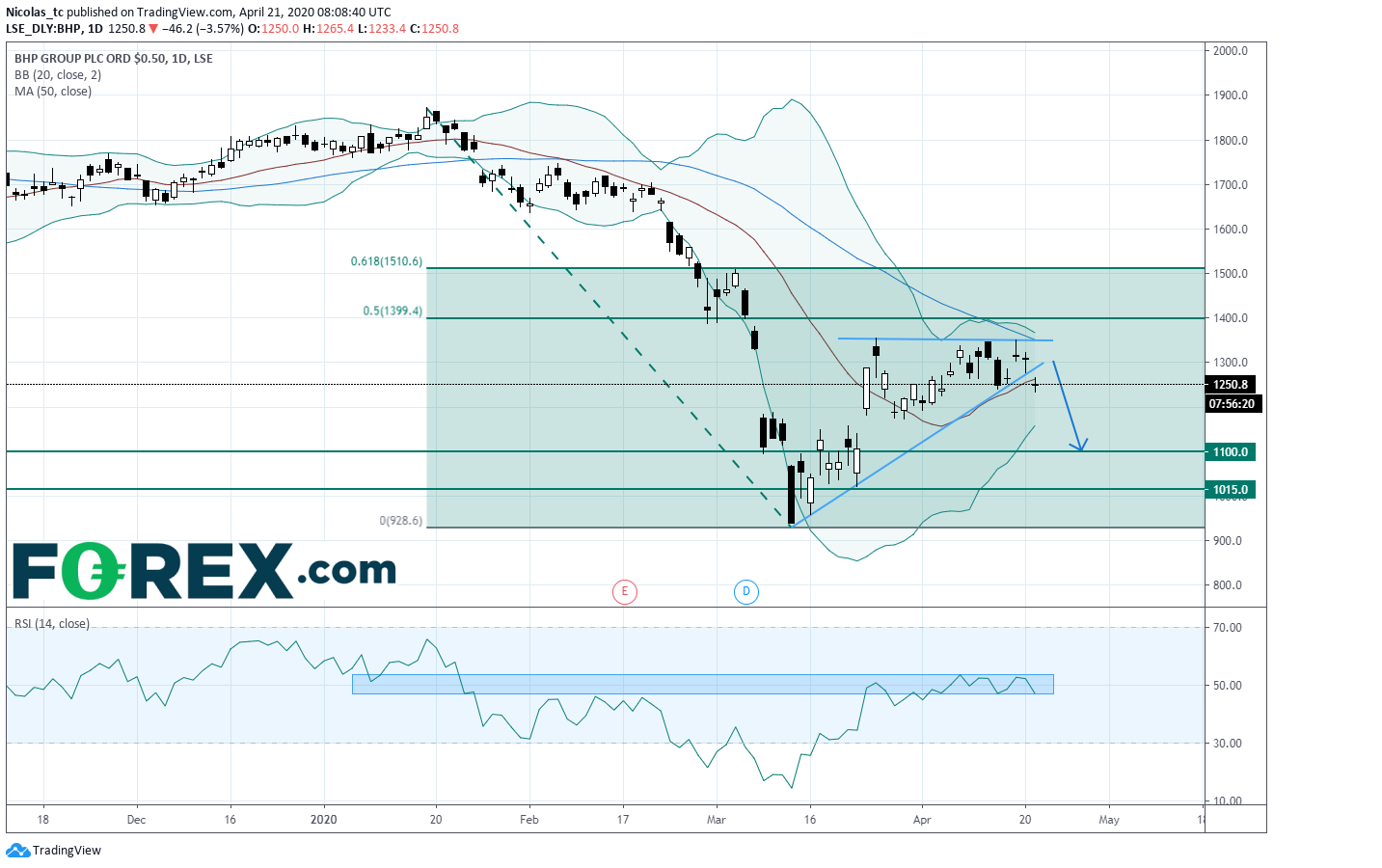