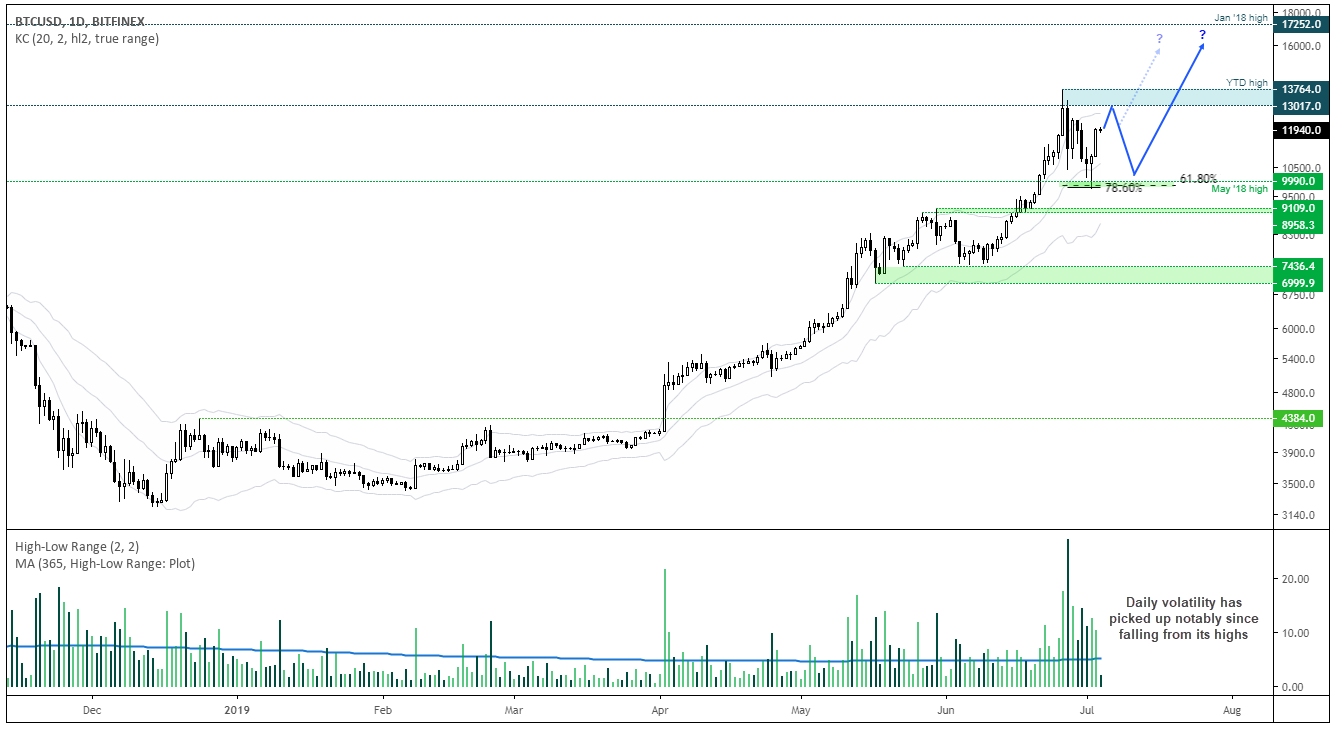 On the face of it, the daily chart appears constructively bullish. It continues to print higher highs and lows, a 3-wave (corrective) move is apparent on the four-hour chart and a spinning top Doji and bullish appeared near its corrective lows. Furthermore, the bullish hammer respected a 78.6% Fibonacci extension, before rallying higher. If prices can build a level of support above 10, then we could indeed see this breaking higher. However, the levels of volatility seen near its record highs are a concern, so we’re on guard for another, volatile dip lower if it fails to break above its cycle highs. 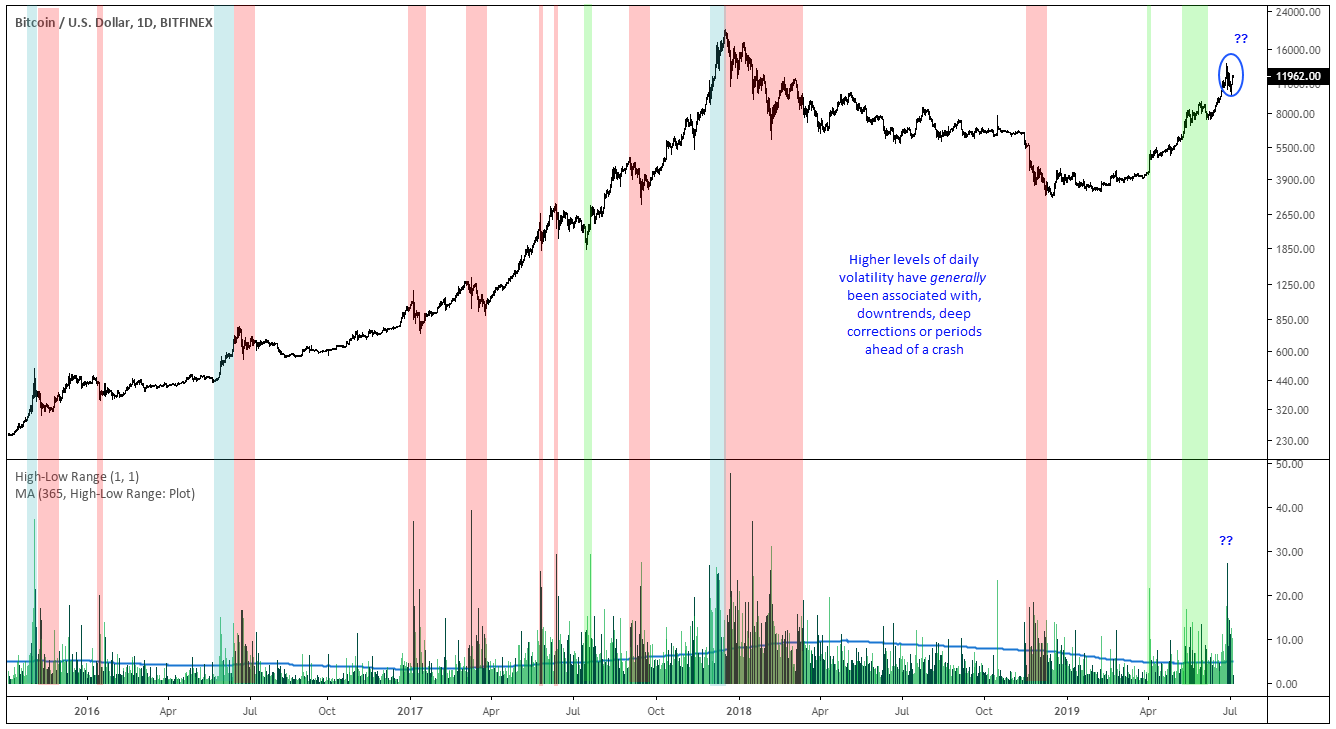 As previously mentioned, volatility on Bitcoin is a different beast, but even by its own standards it appears erratic after hitting new highs.

Flicking back through the chart, these levels of volatility have generally been associated with, downtrends, deep corrections or periods ahead of a crash. Therefore, whilst we shouldn’t necessarily ‘fight the trend’ if it breaks higher, having an appreciation for price action characteristics could at least provide a reality check for our expectations.