The BOE left rates unchanged at 0.10% and left their bond buying program unchanged at 875 billion Pounds.  In addition, the central bank noted that they will not tighten until they see significant progress is being made in eliminating spare capacity and achieving the 2% inflation target sustainably.   Some traders were hoping to see the BOE be slightly less dovish and to build on January’s comments that the central bank did not mean to imply that they would use negative rates. Instead, they hedged themselves by noting that they will do more if necessary.  Their outlook continues to be dependent on the pandemic, pace of the rollout of vaccines, and how households and businesses respond.  As with other central banks, they noted the rise in yields appears to have been driven by the market’s confidence in the recovery.   The BOE was dovish, however not nearly as dovish as the FOMC yesterday.  (See here and here).

Everything you need to know about the BOE

GBP/USD sold off on the BOE statement release, however the rebound after the FOMC meeting in the US, as well as the stronger prices paid component of the Philadelphia Fed Manufacturing Index (75.9 vs 54.4 last), may have accelerated the move lower. The 1.4000 level remains elusive, as the pair has tested the level 6 times since falling below it on February 25th.  The pair is currently testing short term support near 1.3910.  Below there, horizontal support levels cross near 1.3852, 1.3810, and 1.3780.  Intraday resistance is near 1.3935 and  the 1.4000 psychological resistance level. 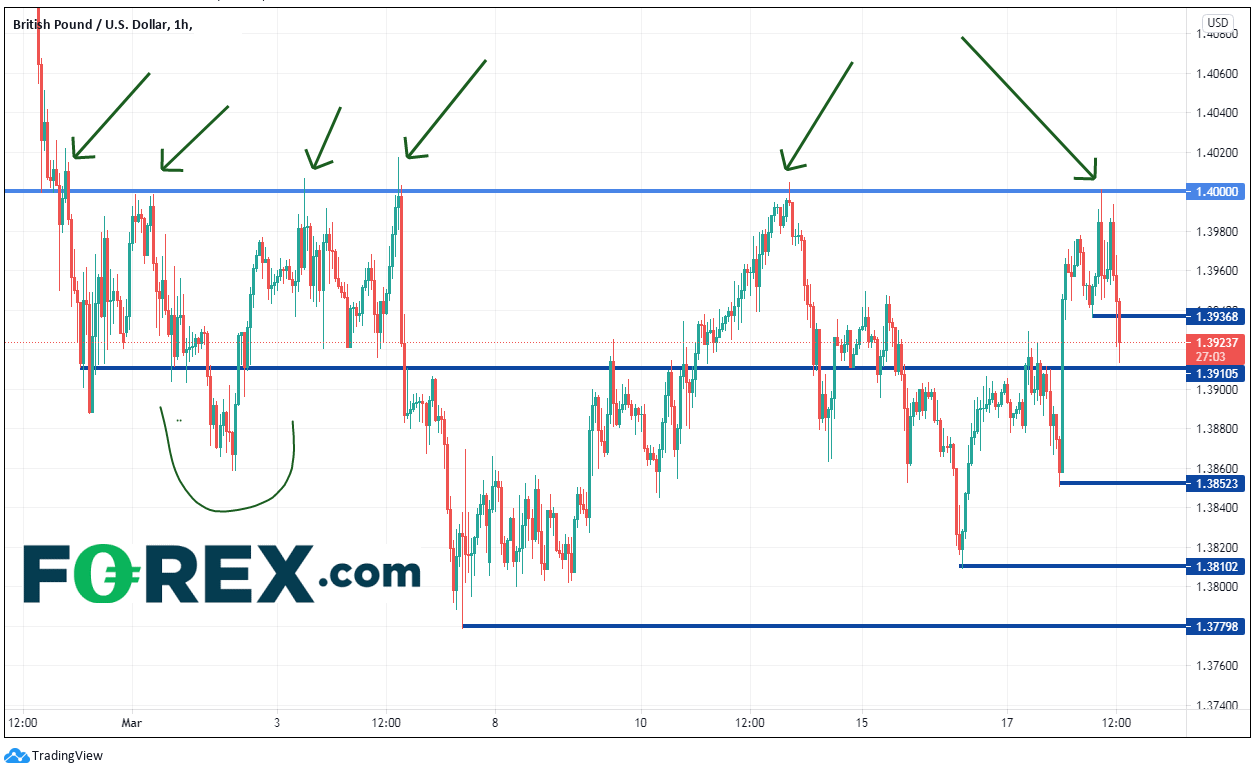 As the BOE was ”as expected” and the FOMC was not, the direction of GBP/USD will most likely depend on the direction of the US Dollar.  If traders believe the Fed, the USD dollar will move lower.  However, overnight the USD has been moving higher, a sign that markets think the Fed may be wrong in their call for “transient higher yields”.