Profit-taking also weighed on the cable slightly this morning, and as investors wondered whether Mrs. May had actually secured the required changes MPs wanted.

The pound enjoyed one of its strongest days in recent history yesterday. Investors grew optimistic that progress was finally being made on Brexit and that the prospects of a no-deal exit was diminishing, after the UK Prime Minister said she had secured "legally binding" changes in the Irish backstop arrangement following last-minute talks with the EU last night. The stronger pound weighed on UK stocks, and the FTSE started Tuesday’s session on the back foot again ahead of the meaningful vote later. Profit-taking also weighed on the cable slightly this morning, and as investors wondered whether Mrs. May had actually secured the required changes MPs wanted.

What does it all mean?

In essence, the changes mean the Irish backstop is not likely to become permanent, which the Prime Minister argues is what MPs wanted after the parliament rejected her initial deal by a historic margin in January. However, the opposition Labour Party said the government has secured nothing new, while rebel Tory Brexiteers and the DUP are taking legal advice on the changes. Attorney General Geoffrey Cox is expected to update his advice on the backstop today.

So, it all hinges on what the DUP and rebel Tory members think of the deal because they had previously said that they not only wanted a time limit, but the whole agreement to be re-opened and renegotiated. That hasn’t happened, so it remains to be seen if they will vote in favour of the deal today.

Two documents. The first is a "joint legally binding instrument" on the withdrawal agreement. The UK government could use this to start a "formal dispute" against the EU if it tried to keep the UK tied into the backstop indefinitely. The other is a joint statement about the UK and EU's future relationship. This one states a commitment to replacing the backstop with an alternative arrangement by December 2020.

Mrs May was chairing a cabinet meeting in the morning, before the motion is debated in the Commons in the afternoon. The votes will be held in the evening.

If May’s Brexit deal is passed then the UK will leave the EU, as planned, on March 29 and will then immediately enter into the transition period. However, if her deal gets rejected again, another vote will likely take place on Wednesday on whether the UK should leave the bloc without a deal. And if that no-deal option is also rejected then MPs will vote again on Thursday on whether to delay Brexit. 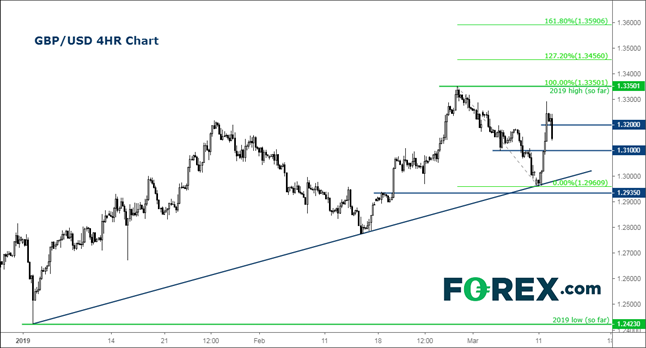