Despite an historic defeat of her previous deal, May merely made a few tweaks in today’s revised proposal. The Prime Minister struck a more inclusive tone, emphasizing the importance of worker’s rights and the environment in an attempt to appeal to Labour lawmakers. In a nod to the EU, she offered to waive a settled status fee for EU citizens living in Britan. On the sticky issue of the Northern Irish border, May said only that she would hold further consultations to "find the broadest possible consensus.”

Even though Plan B looks remarkably similar to Plan A, some analysts suggest that the impending Article 50 deadline (a mere 67 days from now), could prompt some MPs to vote in favor of the revised bill rather than risk a no-deal “hard” Brexit.

You have to squint to see the pound’s reaction to the release, with sterling ticking up by about 20 pips against most of its major rivals. Broadly speaking, the pound remains in the middle of its recent ranges, with traders now turning their attention to the reaction from MPs and the EU ahead of another vote next week. 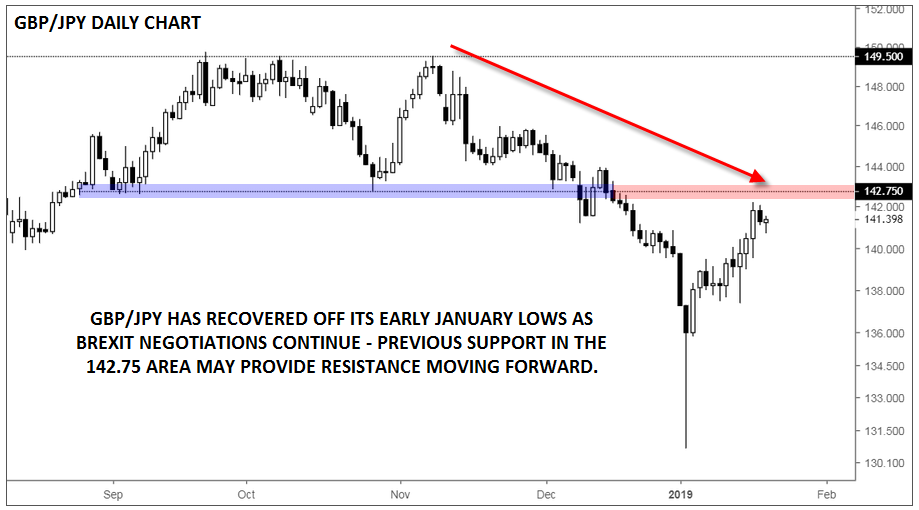