Brexit tensions are back again

Earlier this week, Britain’s Brexit chief negotiator David Frost accused the EU to chase “a relatively low-quality trade agreement coming with unprecedented EU oversight of our laws and institutions”. Yesterday, Mr Barnier responded: “I would not like the tone that you have taken…”.
Later today, Markit May Manufacturing PMI will be published, expected at 37.2. May Services PMI is expected at 24.0.

From a technical point of view, on a daily chart, GBP/USD has posted a pull back on a former rising trend line before facing further weakness as it stands below its 50-day moving average (in blue). The daily RSI stands within its selling area between 50 and 30. Readers may therefore consider the potential for further down move below horizontal resistance at 1.2440. The nearest support would be set at 1.1950 and a second one would be set at set at horizontal support at 1.1685 in extension. 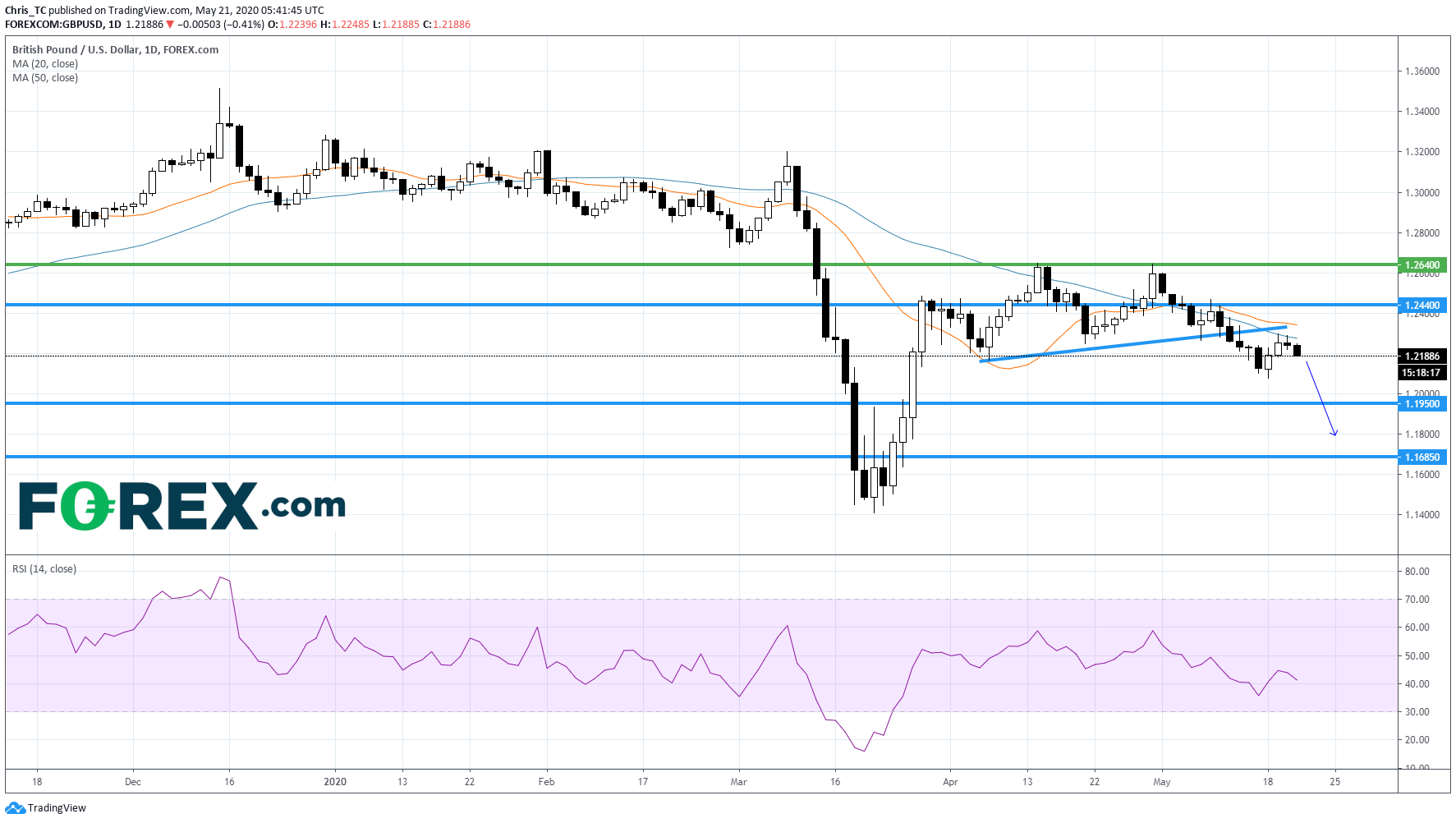