British American Tobacco, the cigarette manufacturer, warned that sales would be lower than expected

British American Tobacco, the cigarette manufacturer, warned that sales would be lower than expected due to tighter than expected closures in South Africa, Mexico and Argentina.
Full-year revenue will now be only 1 to 3% higher than last year's instead of the lower limit of 3 to 5% as previously planned by the company.

Profits are also expected to achieve "single-digit" percentage growth instead of the "high-digit" growth indicated above.

BAT will continue to pay dividends in the same ratio to earnings as before, citing continued strong growth in its share of the cigarette market despite an industry decline of approximately 7%.

From a chartist’s point of view, the stock price remains stuck in a medium term trading range between 3560p and 2335p. The 50WMA started to flatten out indicating a possible lack of momentum in the coming weeks. The weekly Relative Strength Index (RSI, 14) is around its neutrality area at 50%.

As long as 3560p is resistance, readers may want to expect a new test of the lower end of the range at 2335p. Alternatively, a break above 3560p would call for a reversal up trend with 4580p as target. 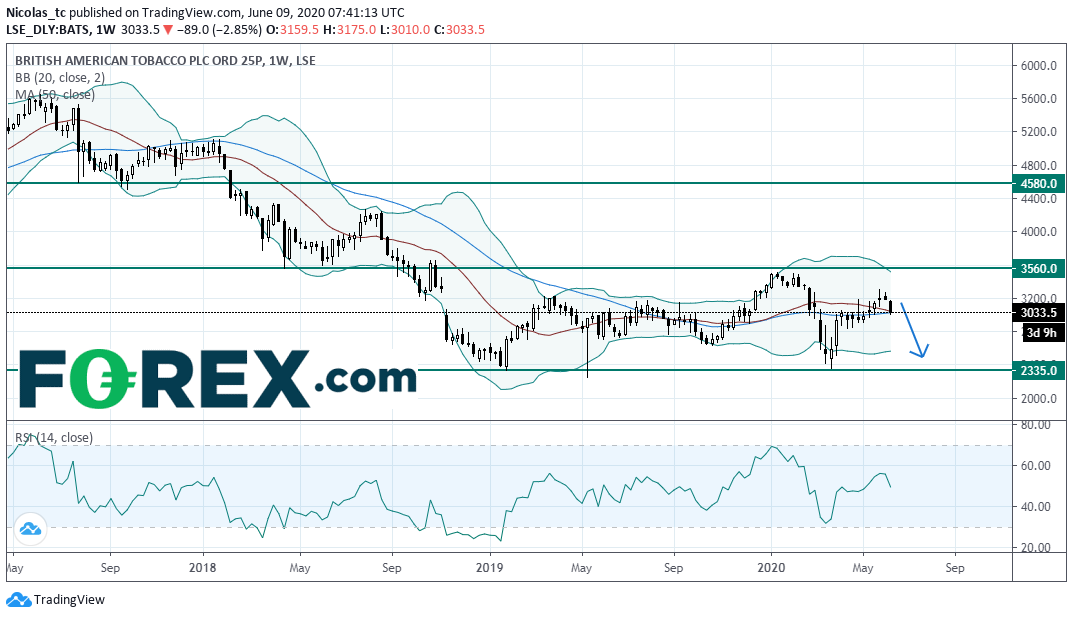