One interesting yen pair to watch this week could actually be the CAD/JPY, due to the Bank of Canada’s rate decision tomorrow. 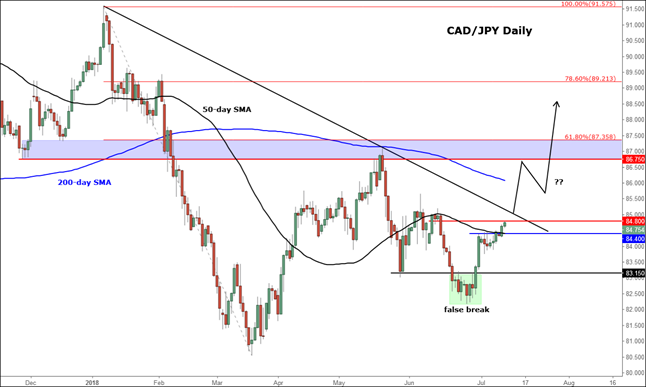