The Canadian dollar has outperformed in recent weeks. That’s despite ongoing weakness in crude oil, which is Canada’s main export commodity. So, what’s driving the CAD higher? Expectation about tighter monetary conditions in Canada, after the Bank of Canada delivered a strong hint a couple of week about raising interest rates. Those expectations could be revised however in the event crude oil falls furthers and stays weak, or if incoming data deteriorates once again. 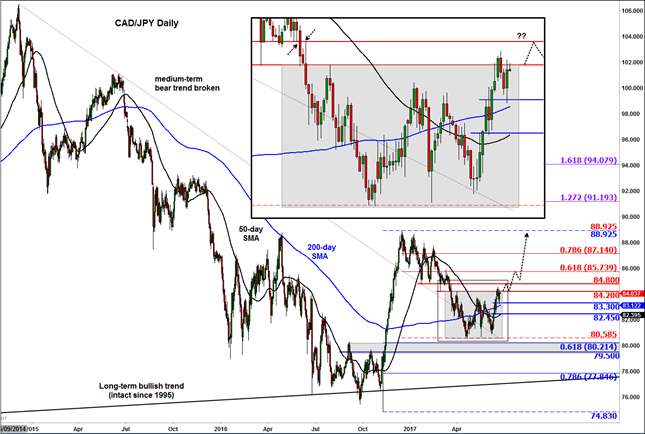