Sentiment towards gold has improved over the past week or so. The yellow metal managed to end a run of three-week losing streak last week and has started this one on the front foot, too. 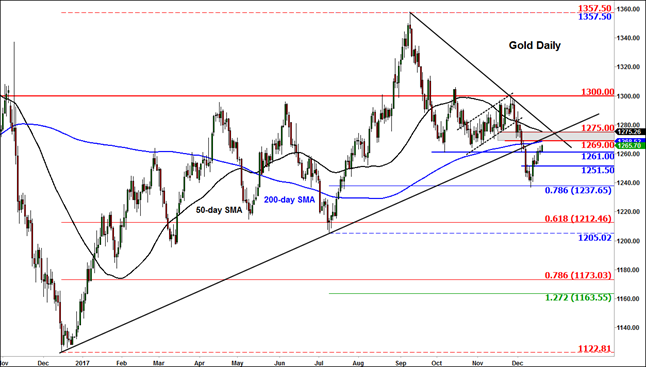