The Bank of Canada (BOC) did a surprise rate cut of 50 bps on Friday to bring the interest rate to 0.75%.  Today, the BOC announced they are ready to adjust policy further and use all available market tools to support growth and keep inflation on target.   In addition,  Prime Minister Trudeau said that he is planning to bring back the House of Commons to pass emergency measures, in order to get money to their citizens!   With the continued demand for the US Dollar, low oil prices,  and the continued easing from Canada (with room still to go), the USD/CAD is up over 825 pips since March 6th!

What an amazing move USD/CAD  has had since March 6th!  On a weekly timeframe, after a false breakdown below the symmetrical triangle, price traded the opposite way and gapped higher on March 9th.  Price is now significantly higher on the breakout to the topside.  Resistance is at the highs from January 2016 near 1.4682.  The RSI is in overbought territory and is diverging, however given the parabolic nature of the move, it should not be used as the sole decision maker for a reversal. 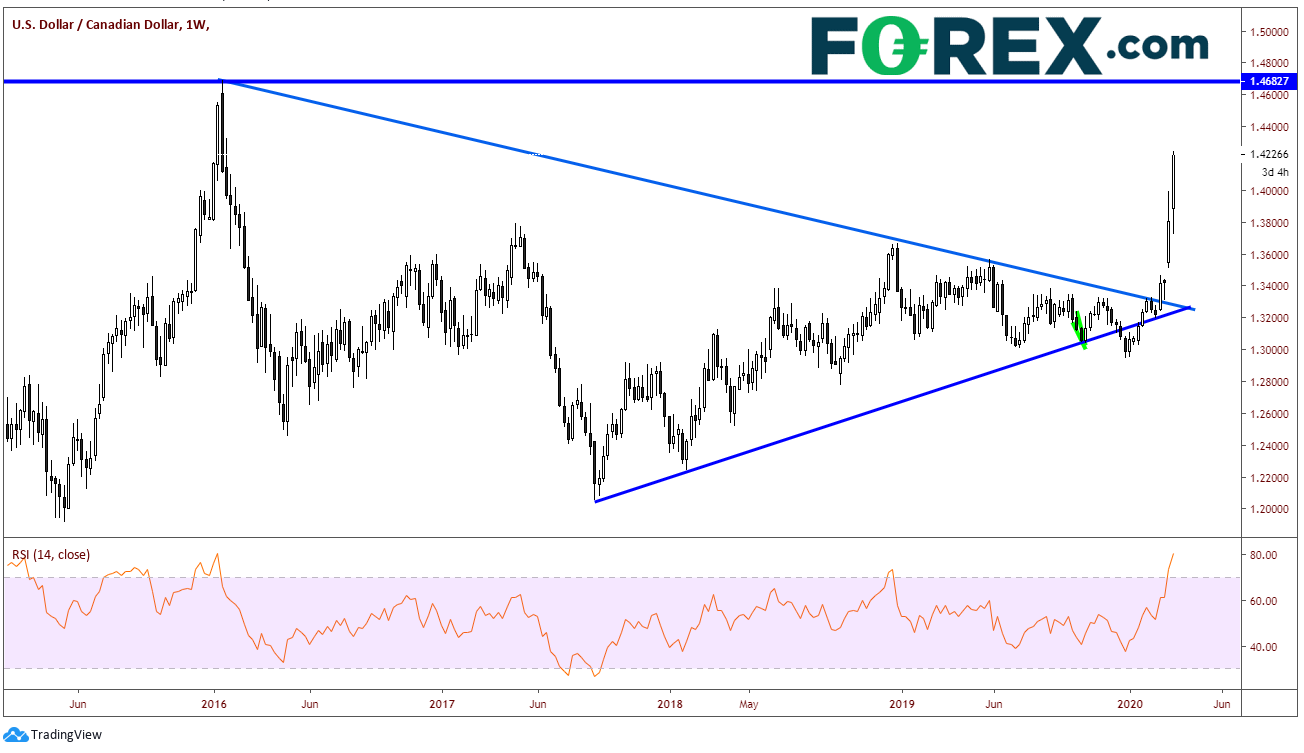 With the amount of room that the BOC still has to cut rates and continued selloff in oil, USD/CAD may continue to move higher!  This is a great example of  “the RSI is overbought, but in volatile one-way markets such as this, the oscillators don’t matter.” Notice how if someone has solely used the RSI as a decision maker on March 13th, and took a short USD/CAD position when it turned lower from above 80, that person would still be out of the money from that position (without a proper stop). On a 240-minute chart, we have a better look at the magnitude of the recent more in USD/CAD: 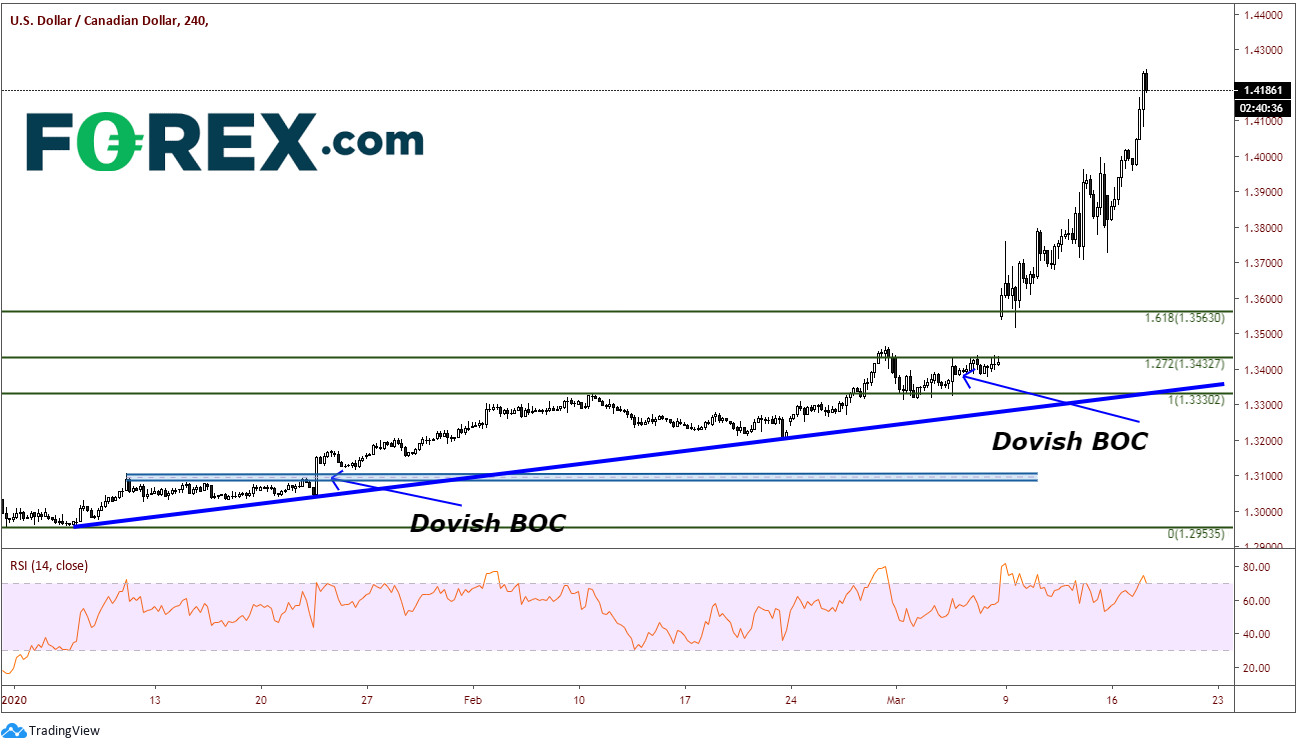 Although USD/CAD can pull back, with all the ammo the Bank of Canada still has left, it wouldn’t be unusual for the pair to run up and test the prior highs near 1.4682.