The Canadian dollar has been among the weakest of currencies in G10 in recent days. The sell-off has been sparked by the Bank of Canada’s Governor, Stephen Poloz, who on Wednesday said the central bank “actively” discussed the prospects of adding more stimulus into the economy, but in the end decided to keep rates unchanged. Today’s key economic data, as it happens, is from Canada.

Speculators are spoilt for choice when it comes to trading the Canadian dollar as several CAD pairs are trading at or near important technical levels. Bullish speculators may as well try to express their views on the currency against a weaker rival such as the euro, which has been falling sharply after the ECB denied it had discussed tapering QE. Conversely, CAD bears may wish to express their views on the currency against a stronger rival, such as the US dollar, which has been rising sharply in recent days as the Fed looks almost certain to raise rates in December due to improving data and rising probability that Hillary Clinton will become the next US president, with Clinton being deemed by some as dollar-friendly. And for those who feel the low may be in for the British pound and are feeling bearish on the Canadian dollar, then the GBP/CAD may be a good pair to trade which has reached a long-term support level as we discussed on Wednesday. 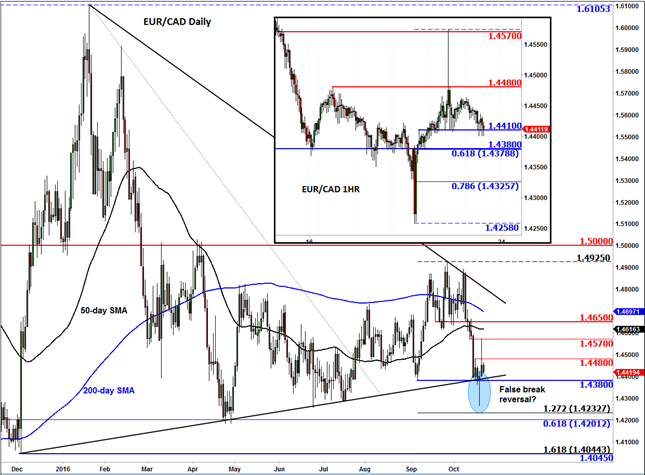 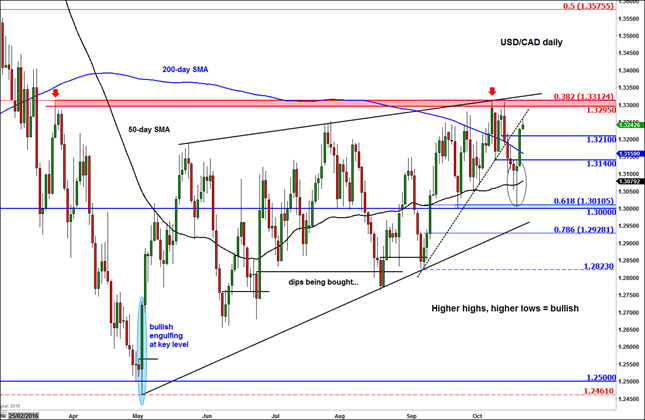