USD/JPY will be interesting watch as DXY has also become a flight to safety.

As central banks around the world have acted to stem the economic fallout from the global threat of the coronavirus, one of the most volatile currency pairs has been the USD/JPY.   As you may be aware the US Federal Reserve has taken unprecedented emergency measures by cutting interest rates to a 0-25% range and has announced a new $700B QE program.

The BoJ has taken measures of their own by doubling its ETF target to JPY 12 trillion!  In addition,  BoJ Governor Kuroda indicated that they will increase the amount of corporate bonds they will be buying.  They have also introduced a new zero rate loan facility.

Some of these moves appear to be taken as a sign of desperation central bank, as stock markets around the world are tumbling and US stocks open limit down.  As a result, USD/JPY has been moving lower in a flight to safety move.  On Friday, the pair reached as high as 108.50.  However, on the open the pair gapped lower with stocks and has traded as low as 105.15. 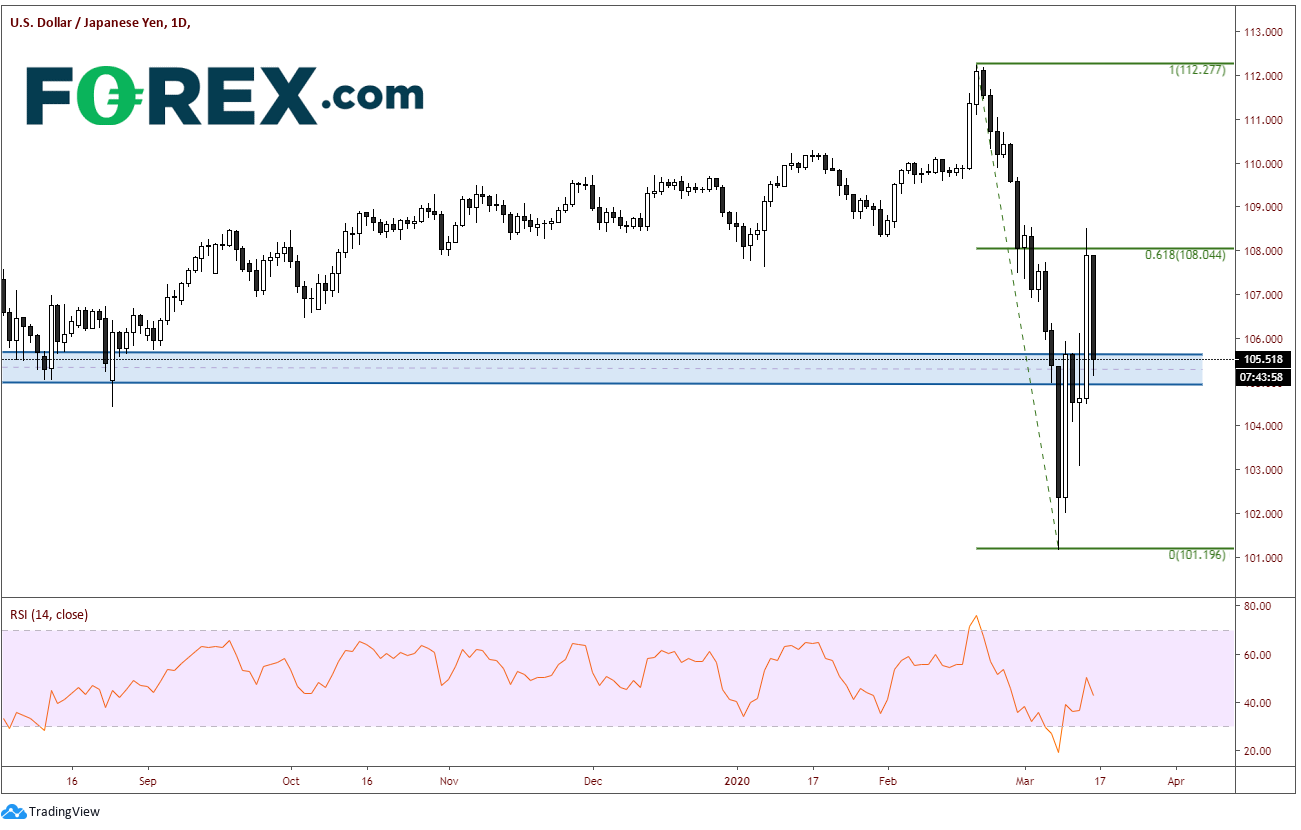 On a 240-minute timeframe, we can see that the upward move has created a channel and price is currently threatening to break lower.  However,  this is NOT a flag formation as price has retraced too much off the lows.  In order to be considered a flag formation, price should not retrace more than 50% of the move.  If price does break lower from here, the next support isn’t down until 103.  Resistance is up at the highs of the day near 107.50, then Friday’s highs near 108.50. 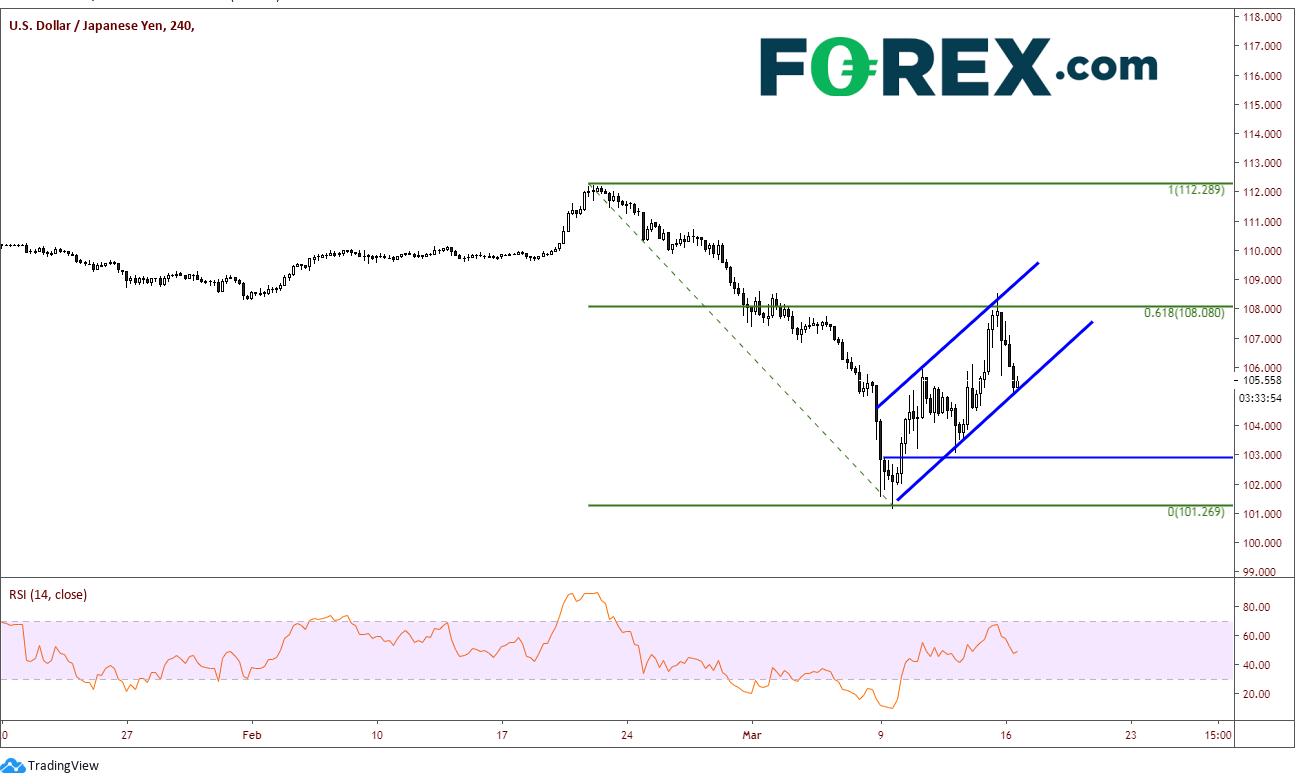 The range on the day for USD/JPY is already over 225 pips and the pair is down -2.25% (that is a large move in percentage terms for a currency pair).  However, the RSI on both the daily and the 240-minute chart is in neutral territory.  Therefore, price still has room to run to the downside.

This will be an interesting pair to watch going forward as we have seen over the last few days that DXY has also become a flight to safety.   If traders feel that the US Dollar is a “safer” currency than JPY, the pair could reverse and trade higher, even if stocks continue lower!