In response to China imposing a controversial national security law on Hong Kong, U.S. President Donald Trump announced that preferential trade treatment for Hong Kong would be ended. He also said sanctions would be imposed on Chinese and Hong Kong officials involved in eroding the city's autonomy. However, after Trump's speech, U.S.'s S&P index returned to positive territory and closed higher with a 0.5% gain. The price reaction would mean that Trump's speech is in line with the market's expectation.

On the 1-hour chart, the index jumped and broke above the declining trend line drawn from March top. Besides, the prices stand above the 61.8% retracement level. Both signals would suggest that the correction wave from March top is possibly ended. 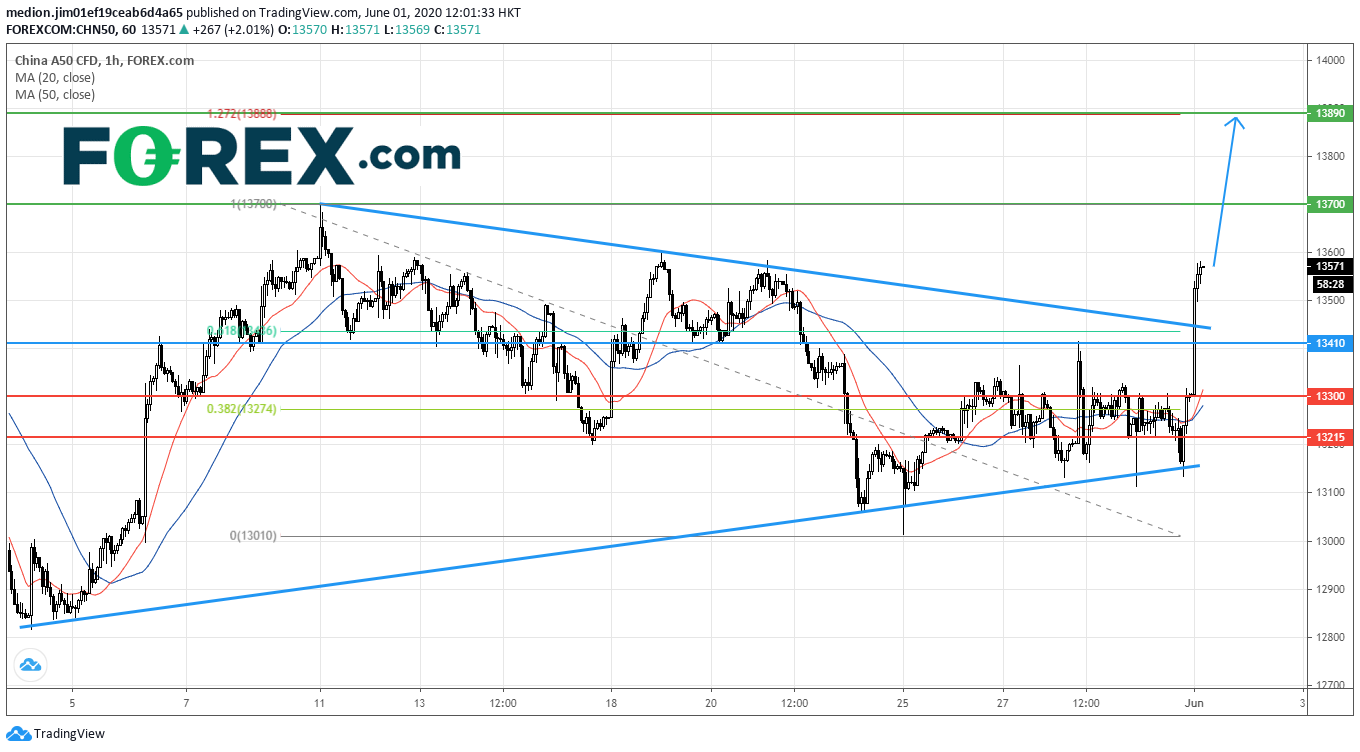