In this week, Caixin China manufacturing PMI rose to 52.8 in July (vs 51.1 expected) from 51.2 in June, while services PMI dropped to 54.1 (vs 58.0 expected) from 58.4. For the PMI data, although services PMI unexpectedly dropped, both PMI data is still above the expansion level of 50.

From a technical point view, China A50 Index remains supported by a rising trend line and 50-day moving average on a daily chart.

Currently, the index prices has confirmed a bullish breakout of falling wedge pattern, indicating the resumption of previous up trend. 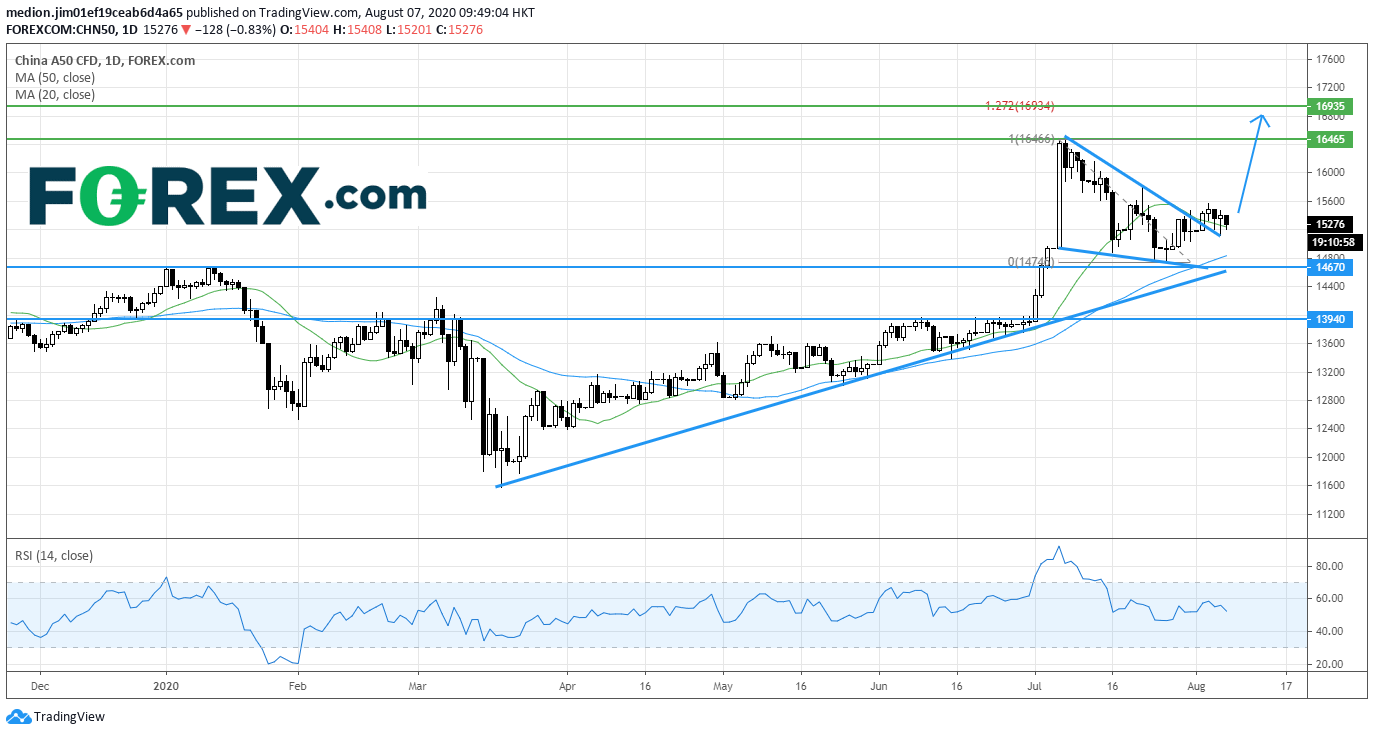