On the economic front, industrial profit increased 28.2% on year in October. On the other hand, investors are still waiting for the official PMI and Caixin PMI data, which will be released next week.

On a daily chart, the index is trading within the flag pattern after breaking above the consolidation zone. A break above the pattern would signal the continuation of the previous up trend. As long as the support level at 15600 is not broken, the index could consider a rally to the resistance levels at 17550 and 18240. 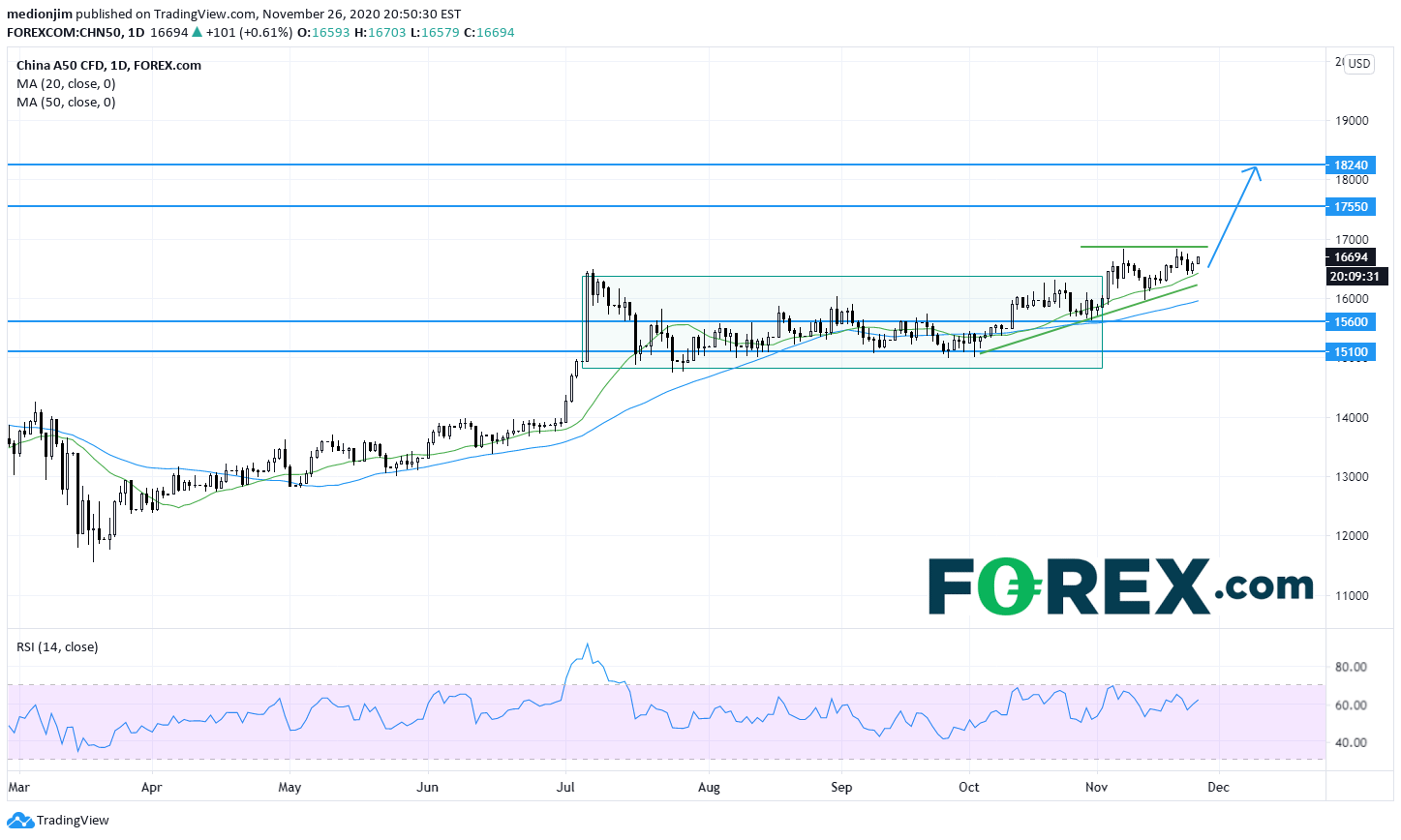