China Merchants Bank (3968.HK) reported that 1Q net income climbed 10.1% on year to 27.80 billion yuan, a double-digit growth that literally outperformed the Chinese big four banks. It is worth mentioning that its H-share price had more than tripled from 2016-low to 2019-high, a robust performance compared with other traditional banks, as its early heavy investment in fintech begins to materialize.

Recently, China's Office of the Central Cyberspace Affairs Commission announced its third round of blockchain projects to receive approval from the country's authorities, with five blockchain ventures from China Merchants Bank. Despite the fact that its share price had been dragged lower by the coronavirus panic, a solid 1Q results and the optimism on fintech future should brighten the fundamental outlook for the bank.

From a technical point of view, China Merchants Bank H-share price (3968.HK) showed a strong recovery as shown on the daily chart. Yesterday before the earnings, it has surpassed a bearish trend line drawn from January, following a break-through of a bullish flag pattern, and reached the 61.8% retracement level of the decline from January. Hong Kong's stock market is closed for holidays until next Monday, but its A-share price movement today so far suggests that this level is likely to be broken. 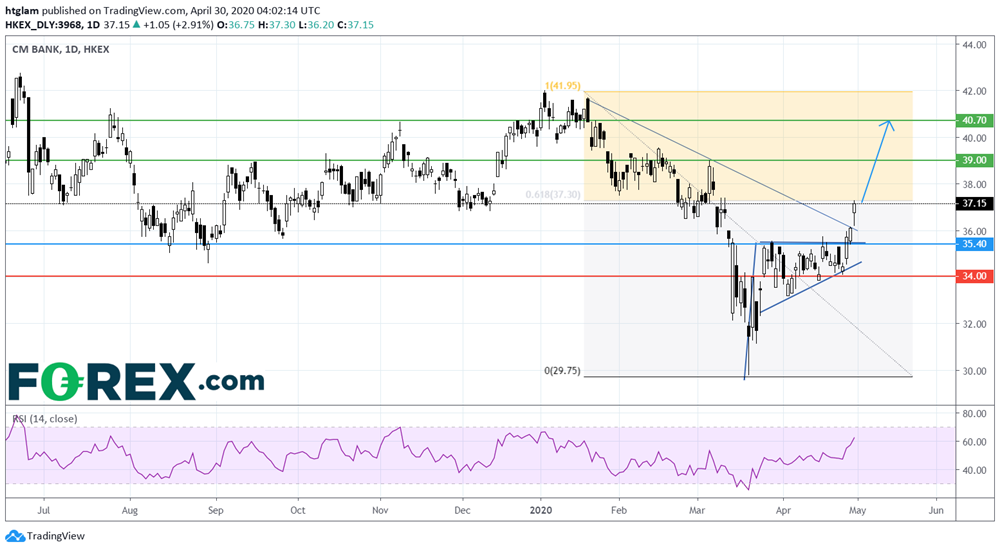 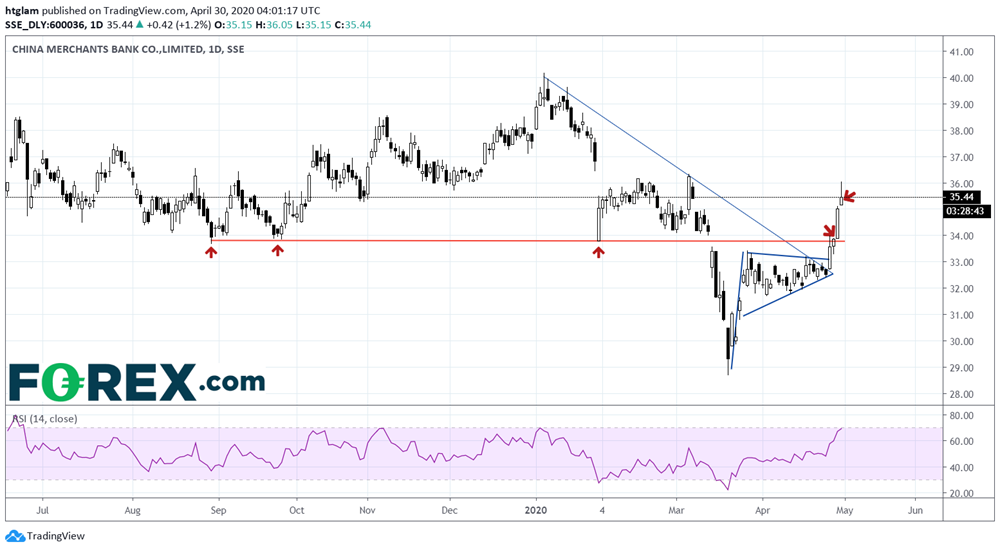