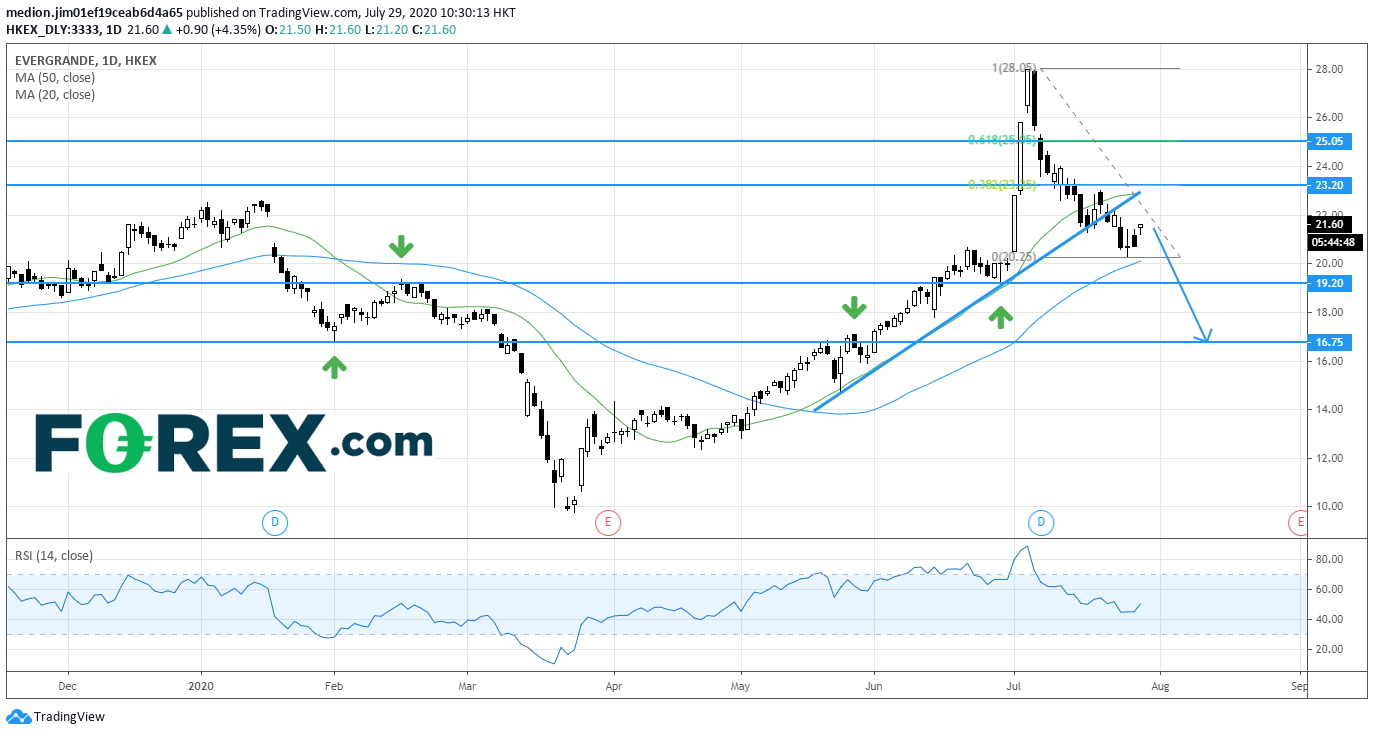 Recently, China Evergrande announced that the contracted sales in the first six months of 2020 was up 23.8% on year to 348.84 billion yuan.

The stock price peformance of Evergrande is one of the strongest stocks in China real estate industry. The stock soard around 180% from March low to HK$28.00 in July. After that, the prices fell around 25% from July's high.

On a daily chart, the stock broke below the 20-day moving average after posting an inverted V-shape reversal pattern.

In addition, the prices broke below the rising trend line drawn from May.

To conclude, as long as the resistance level at HK#23.20 (38.2% fibonacci retracement) is not surpassed, the stock should consider a drop to the overlapping support levels at HK$19.20 and HK$16.75 respectively. 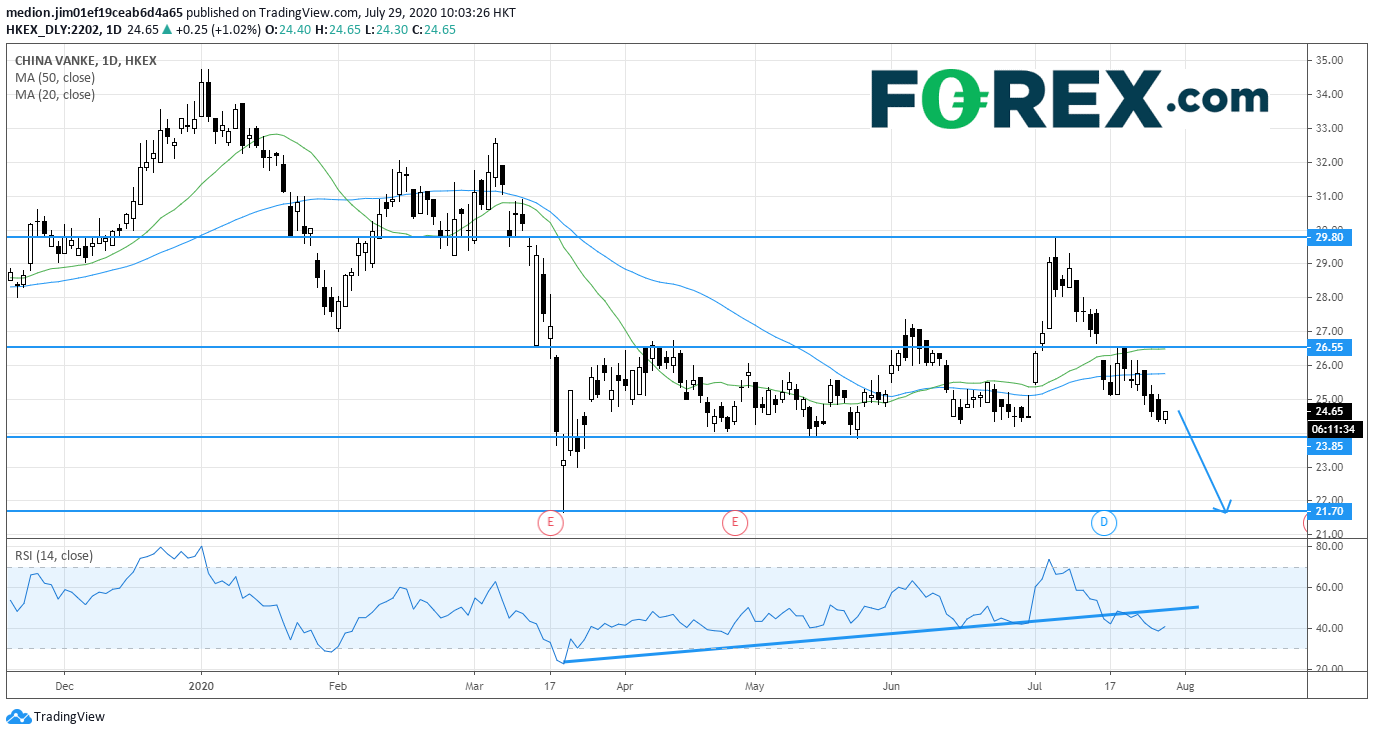 From a technical point of view, the stock sharply retreated from July's high at HK$29.80 on a daily chart.

Currently, the prices returned to the level below both 20-day and 50-day moving averages.

The relative strength index broke below the neutrality level at 50 and the rising trend line drawn from March.

Bearish readers could set the nearest resistance level at HK$26.55 (the previous high), while the support levels would be located at HK$23.85 (the low of May) and HK$21.70 (the low of March). 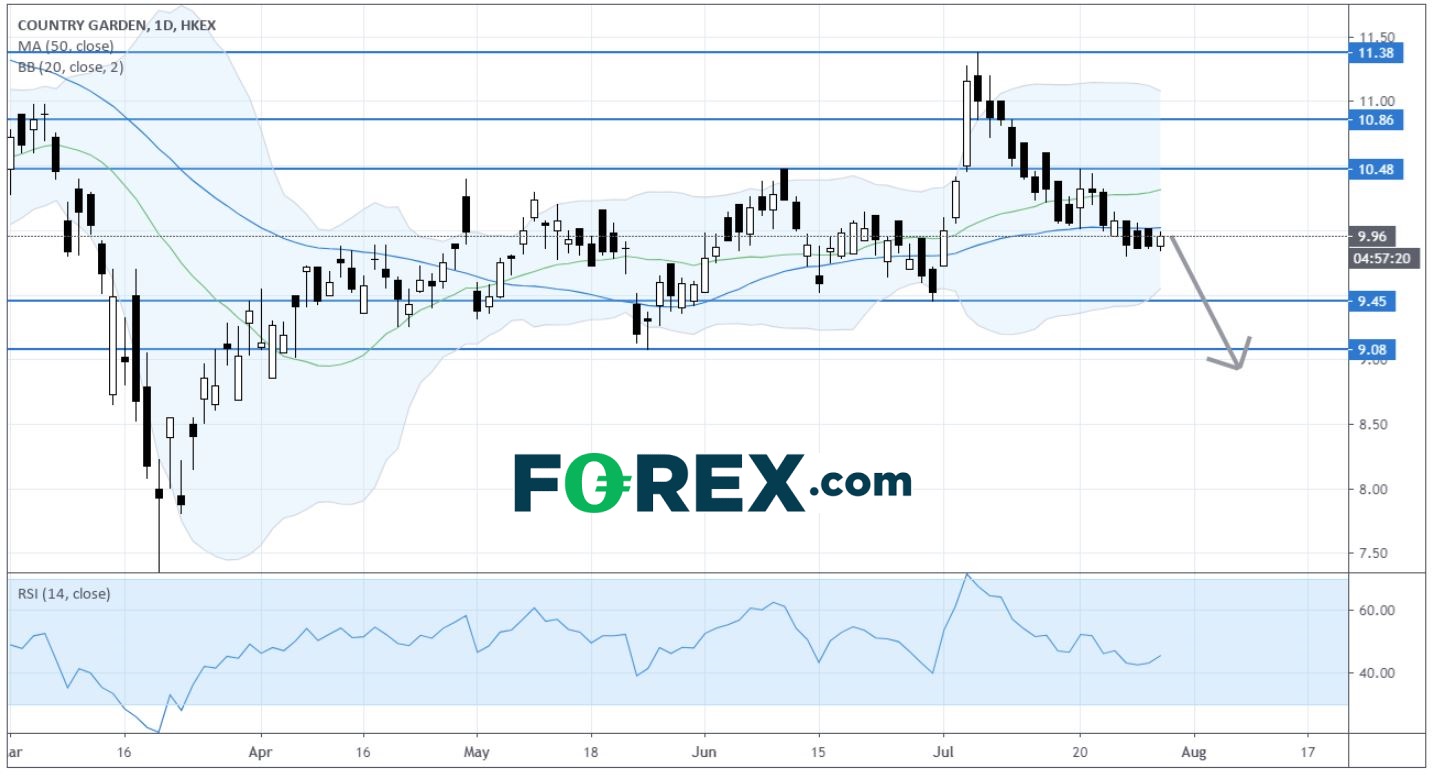 On a daily chart, the stock reversed course to the downside after a high close on July 6.

Since then it has accelerated to the downside.

Currenlty it has returned to levels below both 20-day and 50-day moving average.

The technical configuration is favoring a Bearish Bias.

Bearish buyers should take the level of HK$10.48 as the Key Resistance (Stop-loss) level.