China has been cracking down on commodity traders as of late.  Last week, China said there would be severe punishment for excessive speculation, hoarding, or spreading of fake news.  Today, SFE said they would more closely scrutinize commodity traders.  Also, banking regulators asked lenders to stop selling  commodity related assets to retail investors.

Learn more about the PBOC!

In their latest move, also today, China added more fuel to the fire as they said they would limit some corn imports and cancel several US cargos.  The headline appears to be some political maneuvering ahead of trade talks between the US and China. Watch for more headlines to come.  On release of the news, Corn Futures sank to 602’6, however it held horizontal support from April 15th. 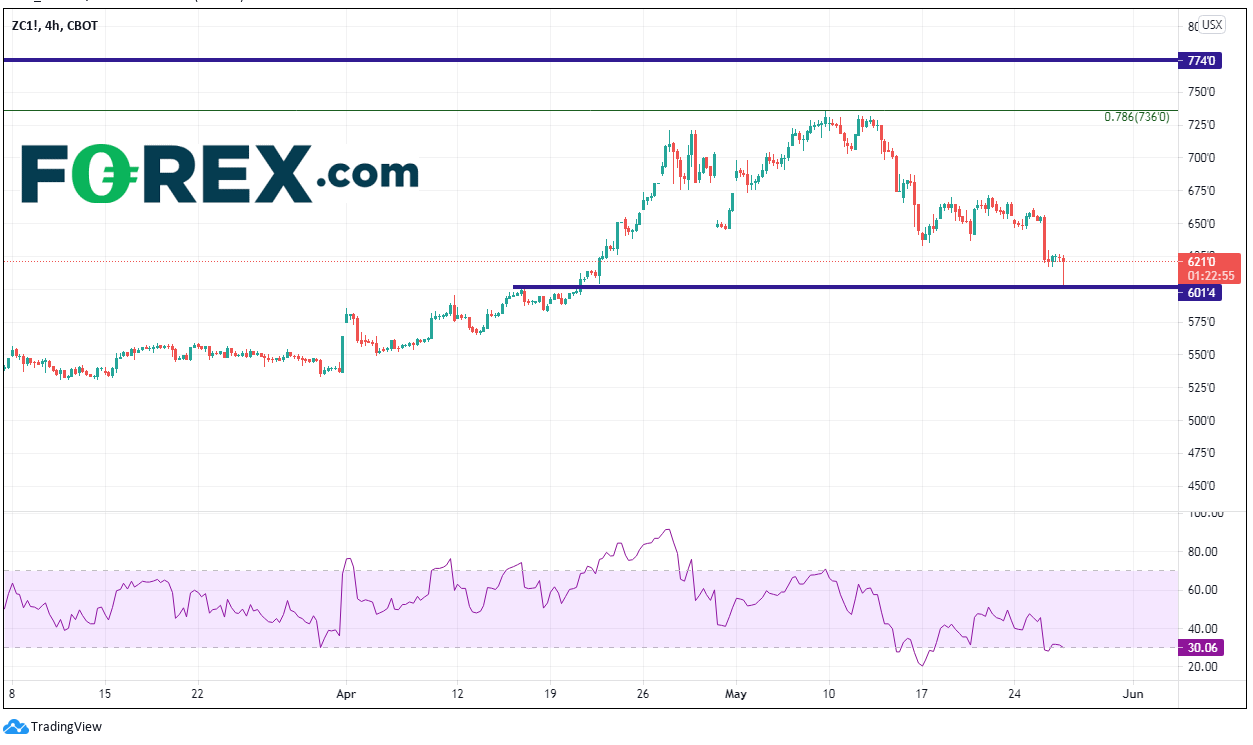 And USD/CNH moved to its lowest levels since June 2018! 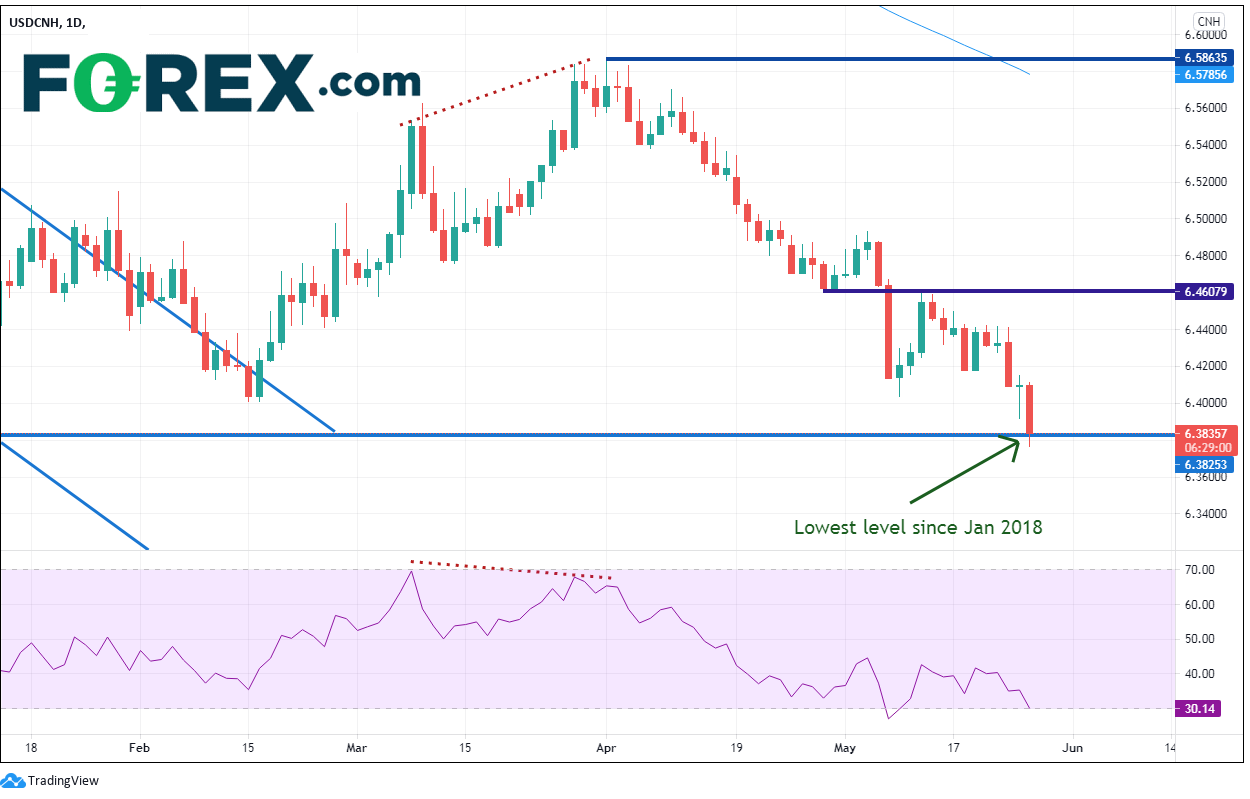 On Monday, the USD/CNH broke below a symmetrical triangle.  The target for a symmetrical triangle is the height of the triangle added to the breakdown level.  This would put the pair near 6.3350! Resistance is at Monday’s lows of 6.3920. Above there, resistance is at the May 18th lows of 6.4179.  Support?  There isn’t any solid support until below the target, at the 2018 levels near 6.3270!

Commodity currencies across the board sold off after the announcement, as fears of contagion into other commodity products hit the markets.  The AUD/USD sold off from overnight highs of 0.7796 down to 0.7738 and formed an additional right shoulder on a 240-minute head and shoulders pattern.  Support at the neckline near 0.7720 and Mondays lows near 0.7705.  The target for the Head and Shoulders pattern is the height from the head to the neckline, added to the breakdown point, near 0.7600, just ahead of horizontal support at 0.7585.  Resistance is above at the overnight highs and then the May 18th highs of 0.7809. 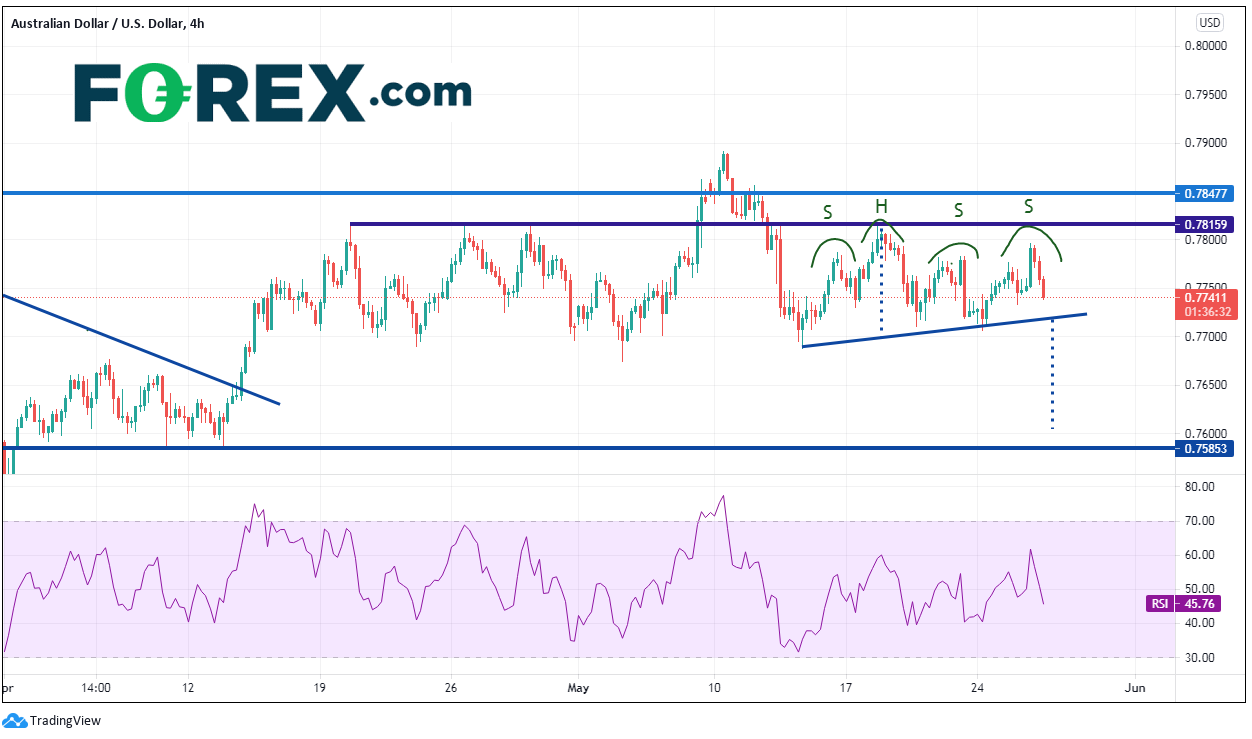 A guide to the Australian Dollar

USD/CAD has gone bid on the news as the Canadian Dollar also sold off. This is a pair we have been monitoring since the BOC meeting on April 21st when the central bank announced tapering. The pair had been moving lower, however stalled just below the long-term trendline from March 2020, near 1.2000.  As the RSI began to diverge with price, the pair was just waiting for a catalyst to bounce.  On the China/corn news, USD/CAD bounced through the downward sloping long-term trendline near 1.2100.  Resistance is at the May 3rd highs near 1.2200 and then horizontal resistance near1.2266.  Support is at the May 18th lows of 1.2013, then the lows of May 2015 near 1.1918. 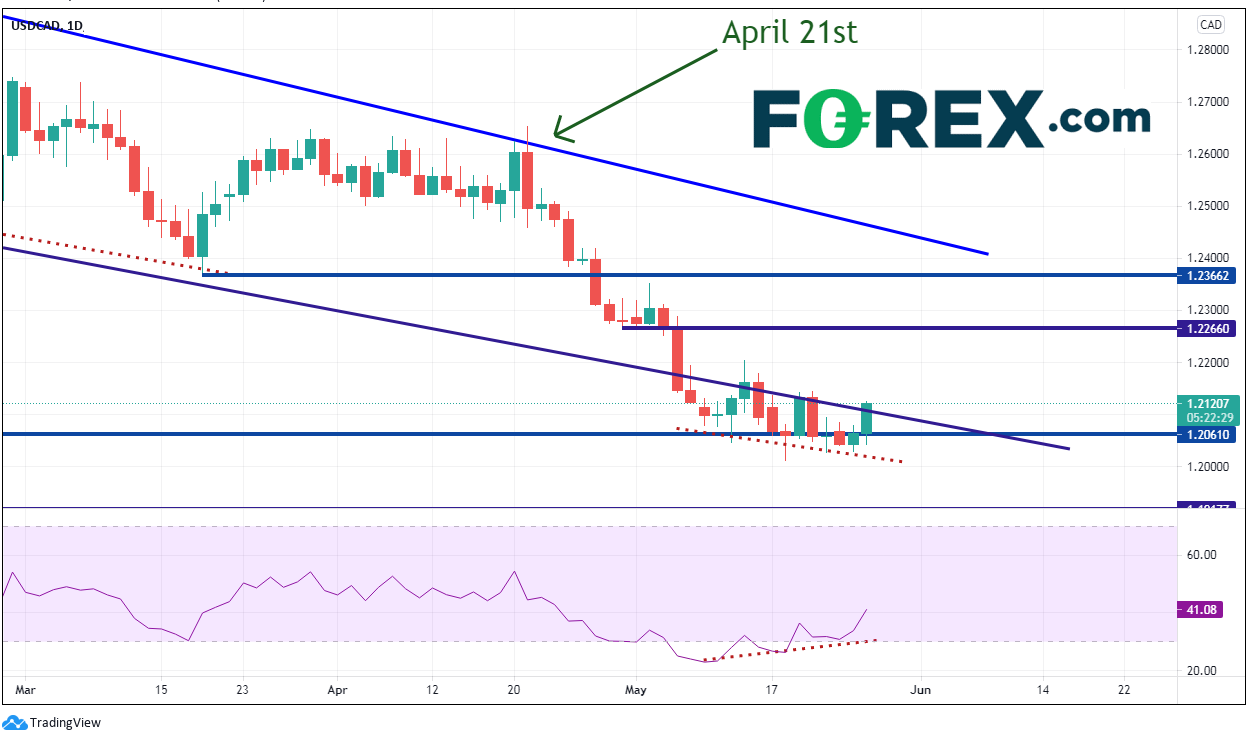