The crackdown by the Chinese government on big tech companies, such as Alibaba and Tencent, has spilled over into other sectors, causing investors to flee stock markets.  After the government began laying heavy fines and penalties on tech companies over regulation and anti-trust issues, the government has now moved on to other sectors:  this time it’s private education.  After school tutoring firms have been expanding rapidly in China. However, the government says that these companies are teaching subjects which are already taught in school.  Therefore, these firms must register as non-profits and cannot provide returns for investors. As a result, investors are now concerned about “Who will be next?” to be fined and regulated.

The China A50 had been screaming higher from pandemic lows in March 2020 near 11495 to highs on February 18th near 20603.  However, price began to pull back and tested horizontal support at 16440 multiple times before eventually forming a falling triangle.  The target for a break of the triangle is the height of the triangle added to the breakdown point.   On Monday, the index finally broke below 16440 and fell as low as 14511.6 on Tuesday, down 11.7% over the 2-day period and near the triangle target at 14250!  Support in the area where prices stopped falling are a long-term descending trendline from May 2015 (green line) near 14,370 and the 61.8% Fibonacci retracement level from the March 2020 lows to the February 18th highs near 14,974. Notice how the RSI fell into extreme oversold territory (below 20), indicating the index may be ready for a short-term bounce.  Horizontal support below is at 13954 and 12788.  Resistance above isn’t until Tuesdays highs of 15,706, then the previous horizontal support (now resistance) at 16440. 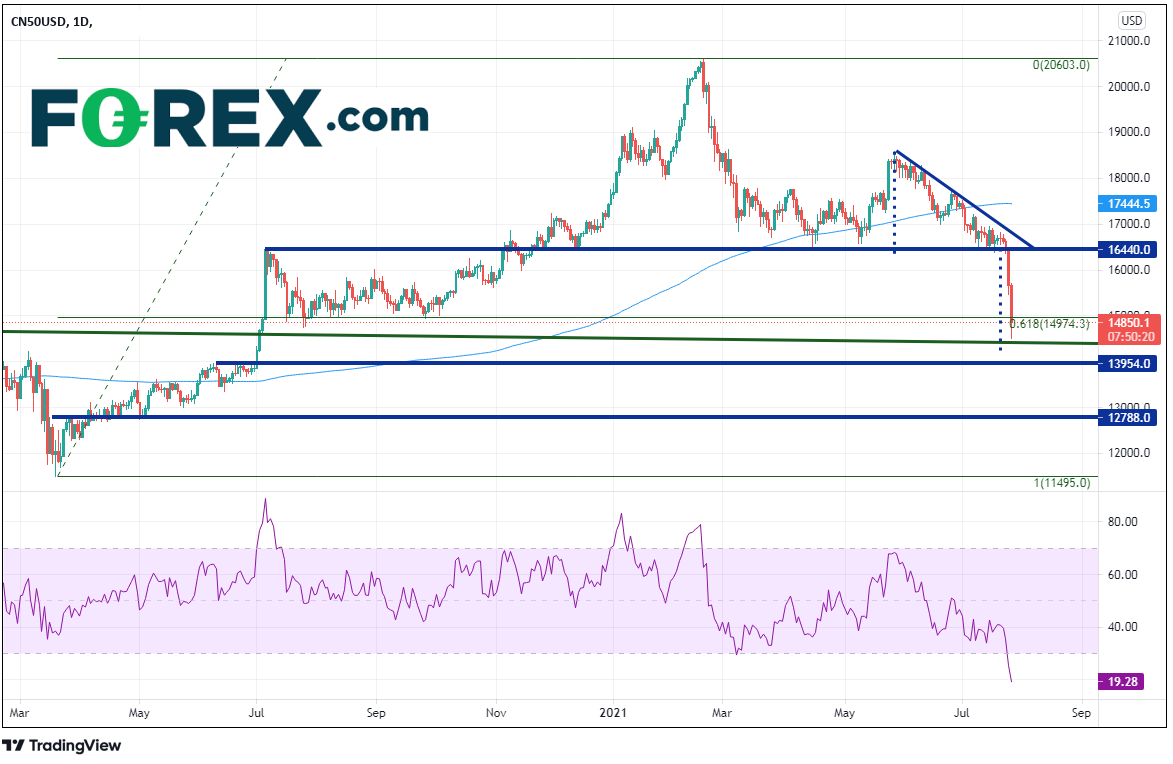 The selloff in China’s stock indices has finally spilled over into the fx markets. Since the beginning of the year, USD/CNH has been trading within a range between 6.3524 and 6.5875.  After bouncing from the low on May 31st, the pair began moving higher and halted at the 61.8% Fibonacci retracement level from the highs to lows.  However, for the last month, the pair has been in a very tight range between 6.4506 and 6.5000.  On Tuesday, USD/CNH broke higher and traded above the 61.8% Fibonacci retracement level, as well as the 200 Day Moving Average at 6.5079.  Horizontal resistance above is at 6.5385 and then the April 1st highs at 6.5824.  Support is just below, at previous resistance (now support) of 6.5079 and then the lows of the recent range at 6.4506. 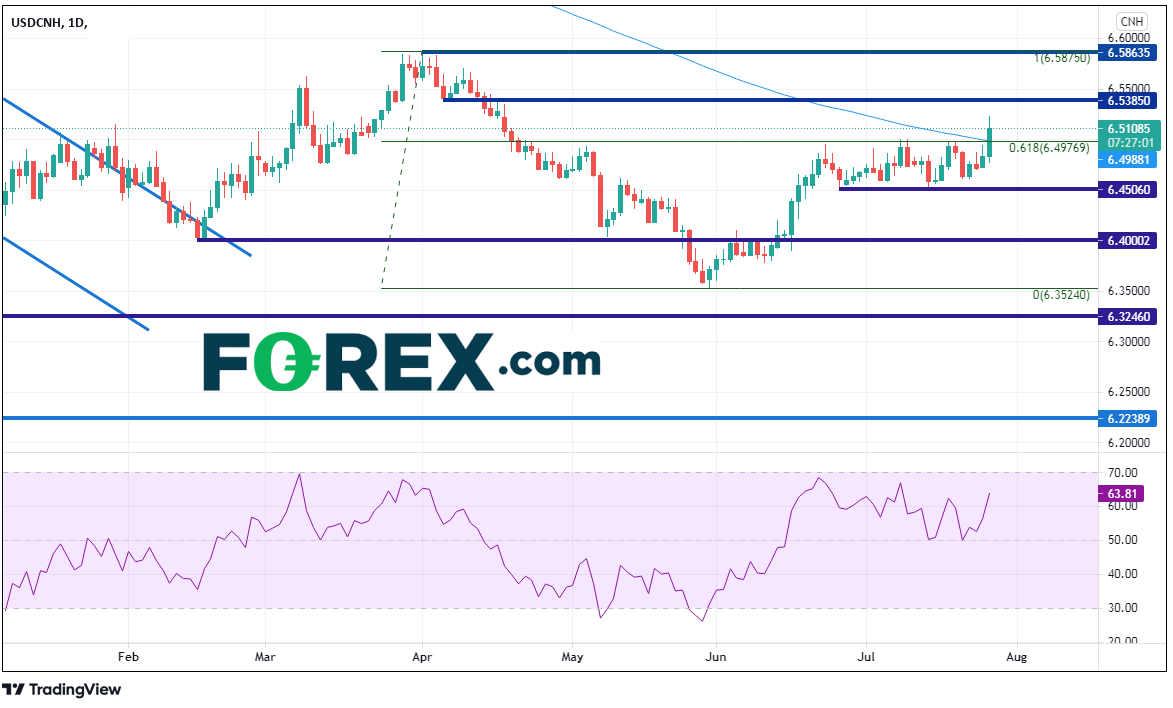 Chinese stock indices have taken a hit over the past few days as investors flee on worries of more government regulations across different sectors. On Tuesday, these worries finally caught up to the fx markets and investors bought USD/CNH.  If the crackdowns continue, in addition to tense trade relationships,  Chinese financial markets may be in for more trouble.