A correction of some sort in crude oil prices seemed inevitable and this may well have started today with both contracts falling nearly 4% each. As we reported the possibility on Friday, Brent has fallen to $54 and WTI to $51 a barrel. The rising crude inventory levels in the US to new all-time highs has been the number one reason why prices have been unable to move further higher after the OPEC had agreed with some non OPEC members to limit production back in November. Expecting higher oil prices, money managers and other large speculators have been increasing their bullish bets to record high levels – until last week. As we had anticipated, these market participants sharply reduced their long positions last week, as evidenced by the latest positioning data from both the CFTC and ICE. They are likely to have further reduced their holdings following today’s oil price drop. 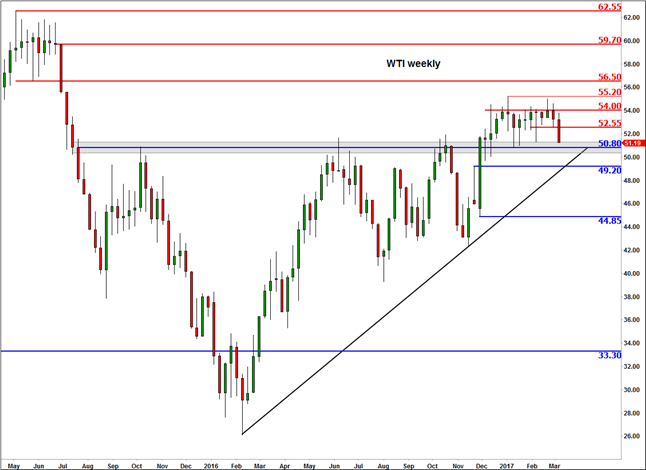 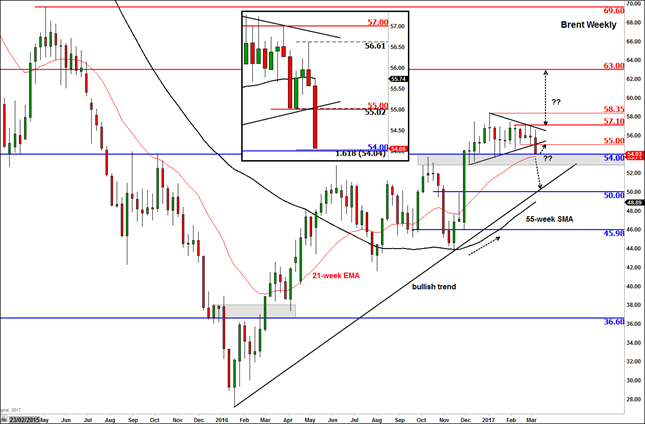