The GBP/USD suffered a double whammy on the last two days of last week, resulting in a 245-pip drop from the week’s high to the low... 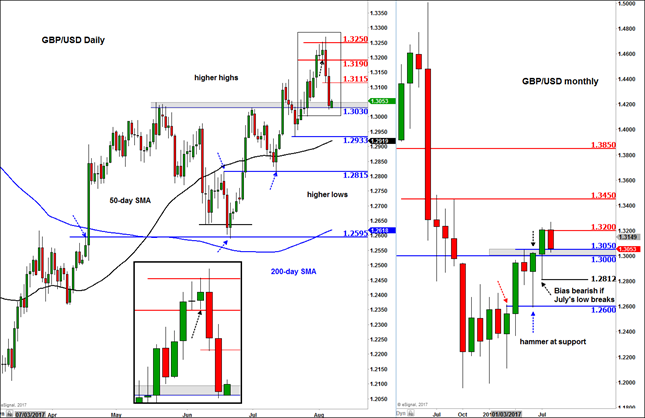