Until today, the price of oil had been little-changed during the week. Market participants were waiting for direction from the weekly US oil inventories report, which was published earlier today. 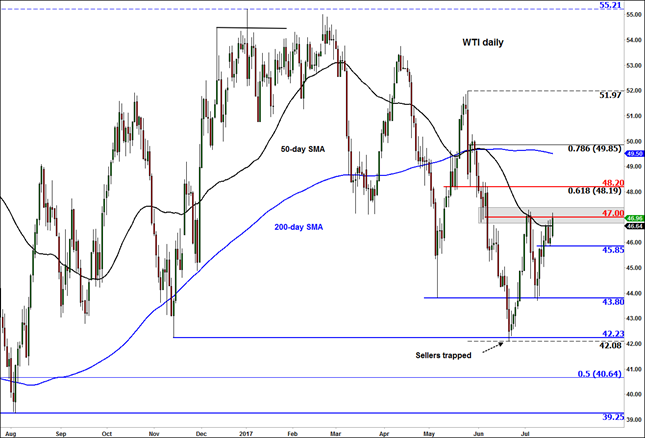