Crude oil at higher plateau ahead of US inventory data

Prior to the current range, Brent had been trading under a $53.00 ceiling until price action broke out to the upside in the beginning of December, immediately after the formal OPEC meeting that resulted in a successful deal to cut production among members. After that breakout above $53.00 resistance, Brent was elevated to a higher plateau as resistance became support.

Wednesday brings the critical and frequently market-moving data from the US Energy Information Administration (EIA) detailing the weekly change in the number of crude oil barrels held in inventory by US commercial firms. Current expectations are for a large decrease of 2.4 million barrels last week. The previous four weeks have all seen significantly larger-than-expected draws in inventory, which has helped to further boost oil prices on the back of the OPEC deal.

Optimism has continued to run high that consistent draws in inventory coupled with concerted production cuts among major oil producers could finally make a substantial dent in the ongoing global oversupply situation.

While Wednesday’s EIA inventory data is unlikely to move the price of Brent Crude outside of the current range in the run-up to the new year, any substantial deviation from expectations could cause significant price volatility. In the event of an upside breakout above the noted $57.50 resistance high, which would confirm a continuation of the bullish trend, the next major upside target is at the $62.00 resistance level. To the downside, a strong breakdown below the $53.00 range support should be met with further key support at the $50 psychological level. 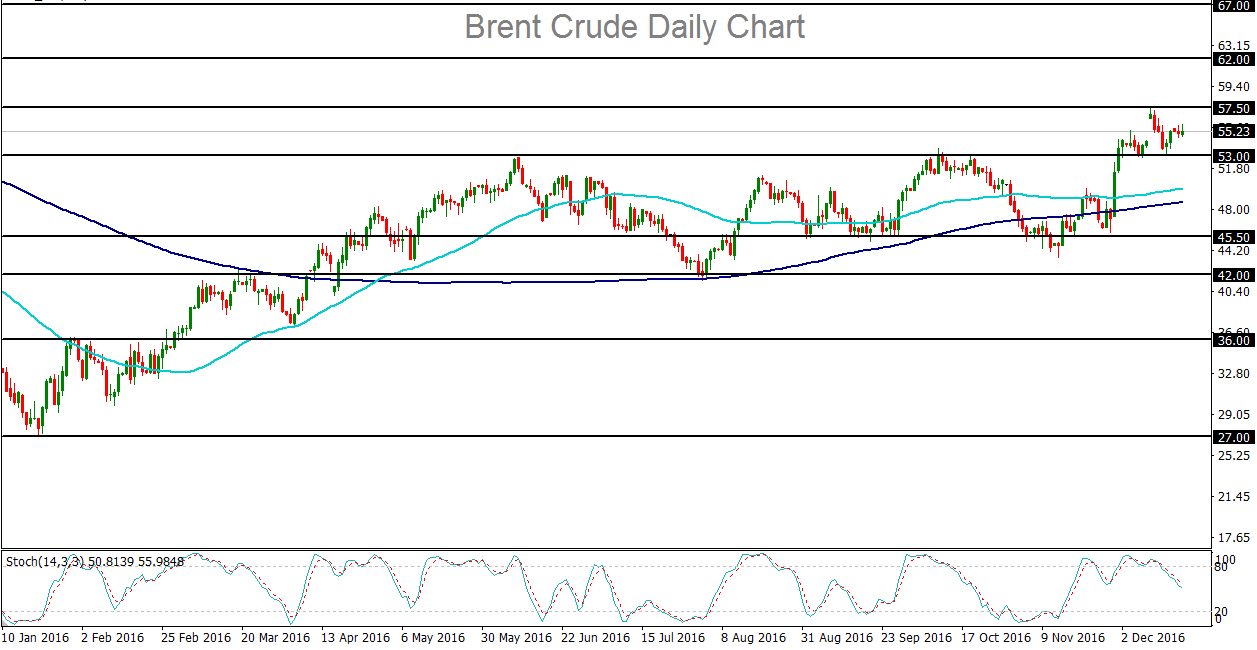