Crude prices have been able to recoup a big chunk of the losses they suffered on Monday afternoon. At the time of this writing, Brent oil was trading at $51.60 a barrel, a good $1 better off compared to the low hit on Monday, while WTI was trading at $50.75, likewise $1 higher from its corresponding low. 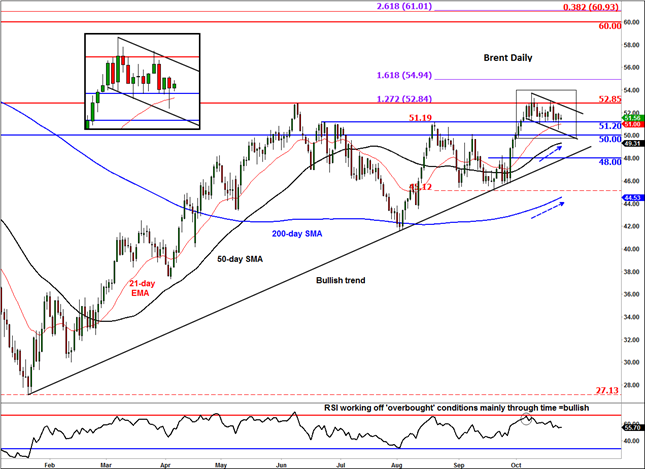