Crude oil prices have recovered from their earlier lows but were still in the red at the time of this writing, as investors awaited the conclusion of the OPEC meeting in Vienna.

Crude oil prices have recovered from their earlier lows but were still in the red at the time of this writing, as investors awaited the conclusion of the OPEC meeting in Vienna. According to media reports, the cartel has agreed to extend its production curbs for nine months. The decision is expected to be ratified by some non-OPEC participants, including Russia. Saudi Arabia’s energy minister, Khalid al Falih, has already dismissed suggestions that deeper cuts would be needed. Instead, the current level of curbs is “more than sufficient” for now. Speculators used the opportunity earlier to book profit on their long oil positions, as both Brent and WTI fell nearly $1 each from their earlier highs, before recovering. Whether or not prices will be able to climb further remains to be seen, but will almost certainly depend on what will be agreed upon at the meeting.

Even if oil prices fall, say, on disappointment by some investors who were hoping that the OPEC would reduce output even further, the selling will most likely be short-lived. That’s because the OPEC and Russia are actively trying to address the issue of the global glut. As the market slowly balances, prices should recover in the coming months.  That being said, we are not expecting the moon. It has become quite clear that Saudi Arabia’s ability to control prices has weakened considerably and as such the OPEC as an organisation has turned into more of a price taker than a cartel. Hence, Saudi needed in November the help of non-OPEC oil producer Russia in order to get the other OPEC members to agree to an output cap. With the US continuing to win market share by producing more oil at lower price levels, the global supply excess may take a long time to eradicate. 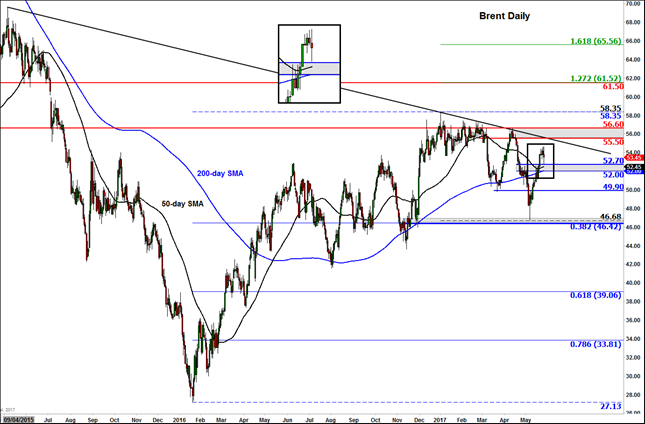