On a day when markets continued to sell-off sharply, Tuesday’s slide in cryptocurrencies, most notably Bitcoin, was no exception.

On a day when markets continued to sell-off sharply, Tuesday’s slide in cryptocurrencies, most notably Bitcoin, was no exception. BTC/USD’s plunge below $10,000 at a few points on Tuesday was part of a broader slide that brought down many of the most popularly traded cryptocurrencies.

These drops came about just as South Korea reportedly confirmed a ban on anonymous cryptocurrency trading, and initial coin offerings (ICOs) came under increased regulatory scrutiny in the U.S. In recent weeks, concerns that cryptocurrency trading might be disrupted or banned by regulatory actions in Asia and elsewhere have weighed heavily on Bitcoin.

Since its record peak near $20,000 in mid-December, BTC/USD has dropped in value by around half, and has experienced a great deal of volatility in the process. A mid-January plummet saw Bitcoin drop back down to the psychologically significant $10,000 support level, after which the support has generally held, fending off further sustained drops.

On Tuesday, however, the $10,000 support level appeared to crack somewhat, as BTC/USD dropped nearly 12% at one point to dip below it, raising concerns of a potential breakdown. The $10,000 level also coincides roughly with an uptrend support line extending back to the mid-September lows. Therefore, a breakdown below these key support factors would be a significantly bearish technical event. Any further breakdown below the $9,000-area intraday low from two weeks ago would exacerbate this bearish breakdown. In contrast, any strong bounce from the $10,000-area support could presage a significant rebound for Bitcoin and for cryptocurrencies in general. In the event of such a rebound, a key upside target currently resides around the $12,500 resistance area. 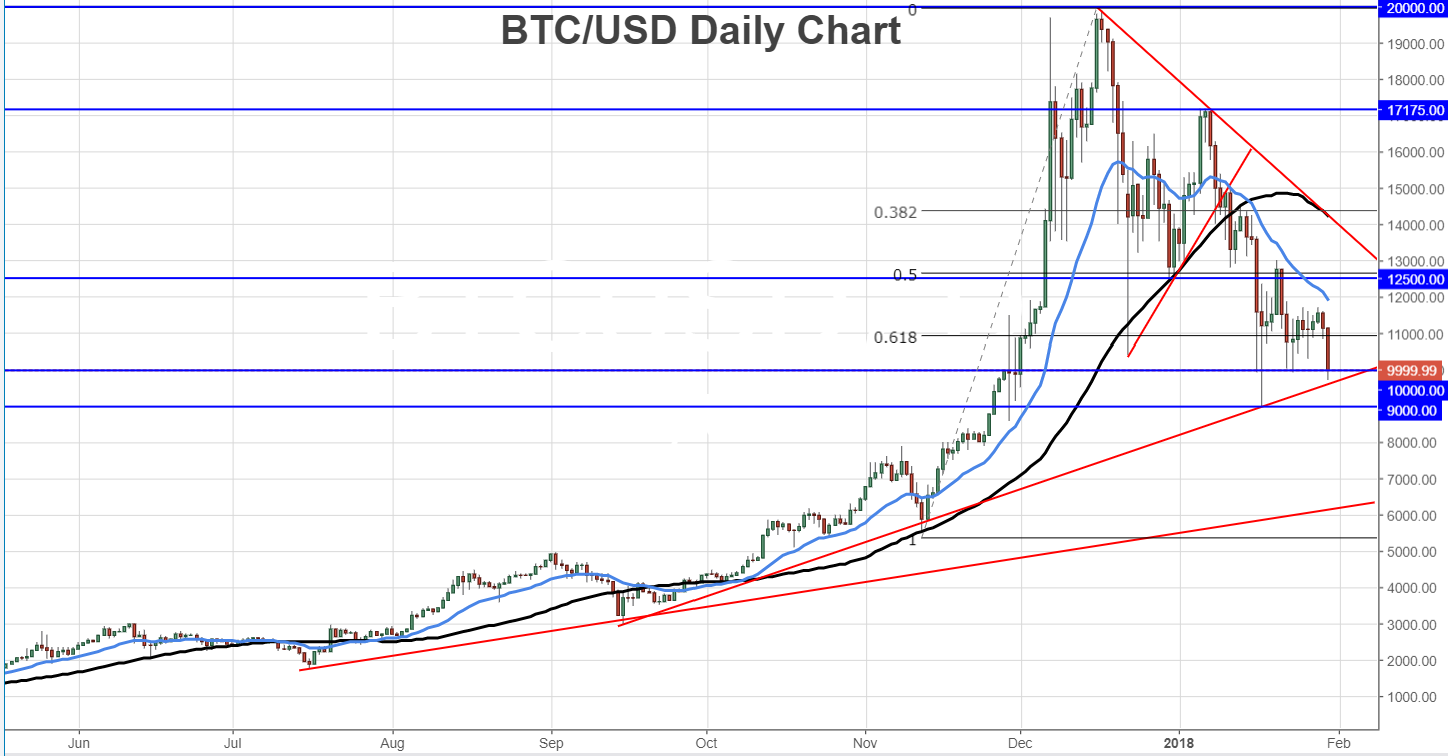