AUD/NZD has been trending higher after putting in a low of .9990 on March 18th.

On August 8th, the Reserve Bank of Australia (RBA) met and left rates unchanged at 0.25%.  However, they did say that they would begin buying 3-year bonds, something they haven’t done since May, as they try and target the short-term yield. At the time, the RBA had recognized recent localized shutdowns and said that rates would remain at current levels until inflation is sustainable within 2% to 3% target.  Since that meeting, the number of daily increases in coronavirus cases has slowed significantly (Melbourne down to 279 new cases on Sunday from 725 on August 5th), which is helping push the Australian Dollar higher.  RBA Governor Lowe said last week that he would prefer a weaker currency, however he recognized that the Aussie was not overvalued. The markets took this as a signal put push it higher!   RBA minutes from the August 8th meeting will be released this week.

As the number of coronavirus cases are decreasing in Australia, they are increasing in New Zealand.  After going over 100 days without any new coronavirus cases, New Zealand recently had an outbreak in Auckland and the city was put on lockdown.  As of Sunday, the number of recent new cases was up to 69.  There has been talk that the new outbreak could postpone September 19th general elections.  Prime Minister Arden said she will decide by Monday.  The Reserve Bank of New Zealand RBNZ met last week, and as a result of the recent breakout, the central bank remained dovish.  They decided to leave rates unchanged at a record low of 0.25%, while increasing the asset purchase program to NZD100 billion.  The RBNZ also noted that if lockdowns increase, the central bank may have to bring rates below 0%.  As a result of the outbreaks and the RBNZ meeting, the Kiwi took a hit last week against major world currencies.

AUD/NZD has been trending higher after putting in a low of .9990 on  March 18th.  This week, the pair pushed through key horizontal resistance near 1.0860.  This level has acted as a magnet for the currency pair, oscillating around it since December 2013!  There is a long-term trendline which crosses just above near 1.1050. 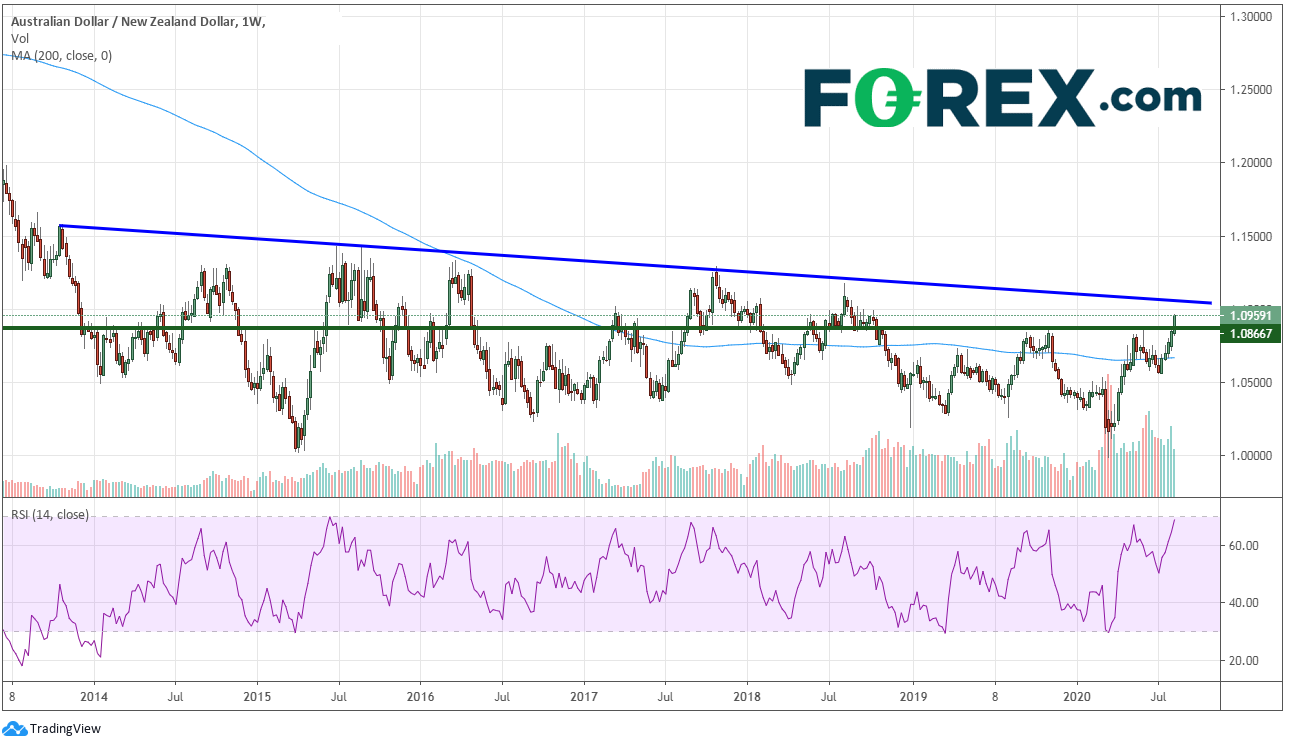 On a daily timeframe, AUD/NZD is running into a bit of resistance near the 127% Fibonacci extension level from the highs on June 2nd to the lows on July 13th, near 1.0970.  Above there is horizontal resistance near the psychological resistance level of 1.1000 and then the previously mentioned long-term trendline near 1.1050.  The RSI is also overbought, indicating the pair many be ready for a pullback.  First support is the long-term horizontal level at 1.0860.  Below that is trendline support from the lows of July 13th near 1.0810, then then horizontal support near 1.0750. 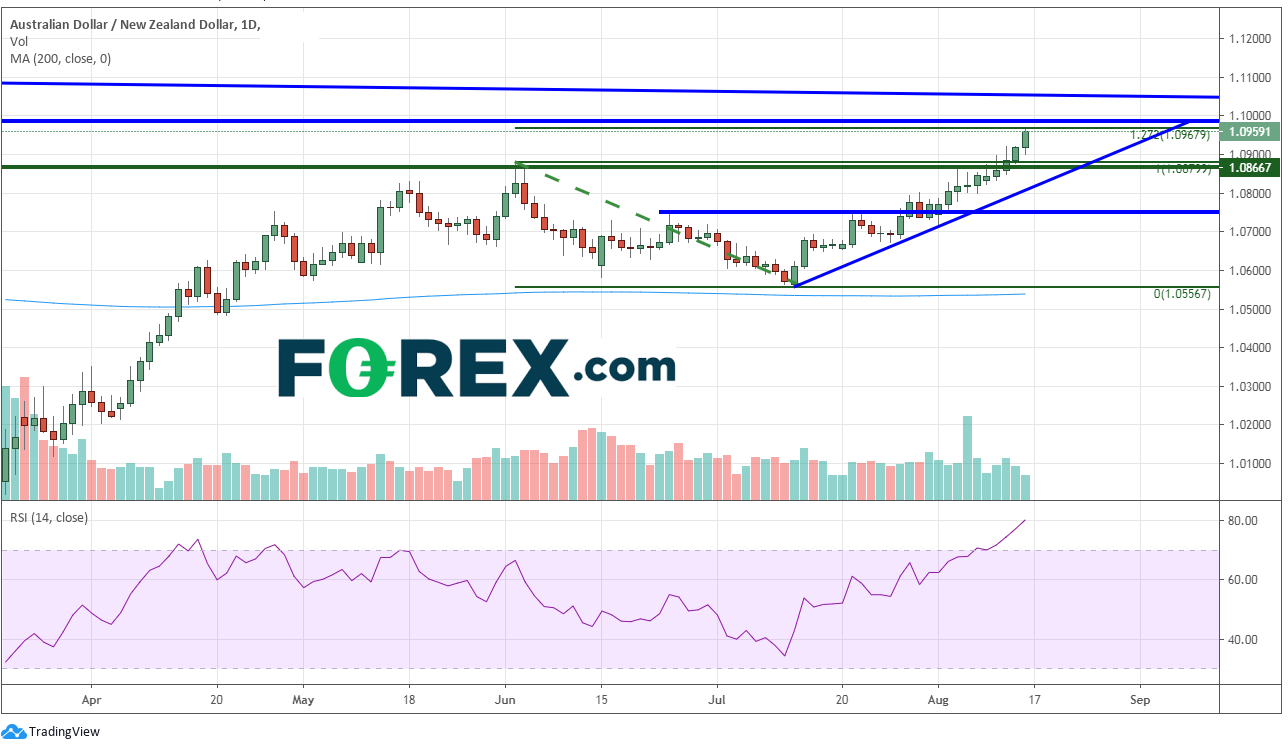 As long as coronavirus cases continue to rise in New Zealand and fall in Australia, AUD/NZD should remain bid.  The RBA and RBNZ will continue to craft monetary policy based off the increase or decrease in the number of new cases and lockdowns, however both have indicated “lower for longer”.  Watch for a short-term correction as the pair is running into resistance and the RSI is overbought.