Currency Pair of the Week: EUR/GBP

Given the ECB meeting,the EU Summit, and ongoing Brexit negotiations, EUR/GBP is a must watch.

We highlighted EUR/GBP the week of November 23rd, however given the ECB meeting and EU Summit this week, in addition to ongoing Brexit negotiations, it continues to be a must watch pair.

The ECB meets on Thursday this week and they have already signaled that they will provide more monetary stimulus to the hard-hit coronavirus bloc. With lockdowns and restrictions continuing, PMI data showed an unsurprising slowing of the economy during November.  As European countries continue to work on a fiscal package, the ECB has indicated that they will extend the Pandemic Emergency Purchase Program (PEPP), possibly until mid-2022, and increase bond buying by possibly 500 billion Euros.  There is also the possibility of cutting rates again, which are currently at -50%!

In addition, Thursday is the first day of the EU summit.  One of the topics on the agenda is the budget approval, which includes 750-billion-euro stimulus for Covid-19 relief.  Poland and Hungary are the two holdouts which have vetoed the budget.  Both countries have said they will continue to veto the seven-year budget, which they claim is punishing them for their conservative values.

Brexit tensions are heating up as time is winding down.  UK PM Boris Johnson will meet with European Commission President Ursula von der Leyen to try and take one last shot at hammering out a deal.  However, earlier on Monday, the European Union’s chief negotiator Michel Barnier told MEPs that talks will not continue past Wednesday! Although a level playing field and governance over a deal remain key issues, the sticking point seems to be access to fishing waters around the UK.  The UK wants to increase British fishing quotas as part of the deal, while the EU wants more access for its boats.  The outcome of Brexit will most likely affect GBP pairs more than EUR pairs, as the tariffs will be more substantial to the UK.

Technically, on a daily timeframe EUR/GBP has been trading in a symmetrical triangle since the highs on March 19th.  The pair put in a false breakdown below the triangle in mid-November, holding strong horizontal support and the 61.8% Fibonacci retracement level from the April 30th lows to the September 11th highs near 0.8910.  Recently, the pair bounced back into the triangle and is approaching the downward sloping trendline of the triangle near 0.9180. 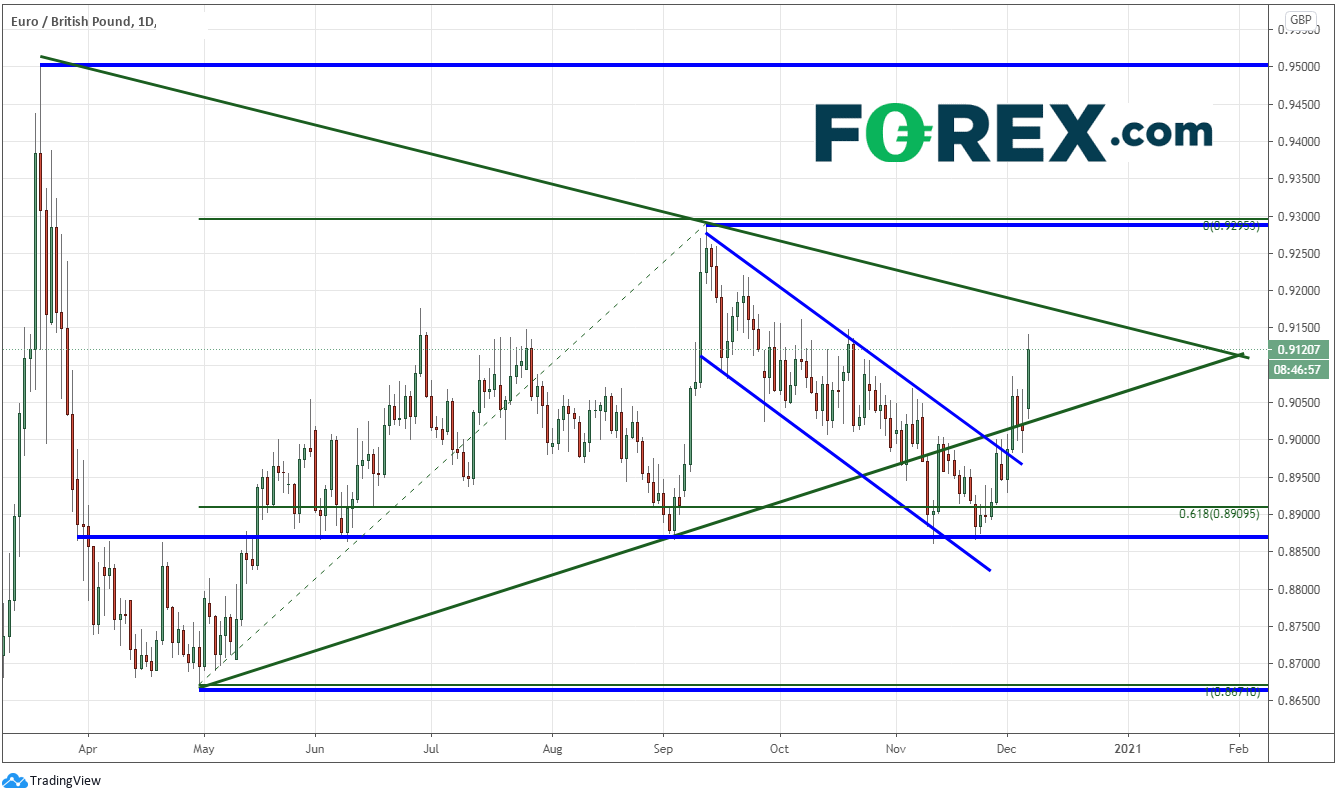 On a 240-minute timeframe, on December 1st EUR/GBP broke above a downward sloping trendline from the highs of September 11th and the psychological level of 0.9000.  The pair retested that level on Friday, however on Monday the pair screamed higher to the 61.8% Fibonacci retracement level from the lows of September 3rd to the highs of September 11th near .9130.  First horizontal resistance is just above between 0.9150 and 0.9183. Above there, EUR/GBP can extend up to the September 11th highs at .9294. Short-term horizontal support below crosses at 0.9083 then the psychological 0.9000 level.  Below there is the previously mentioned trendline near 0.8950.    Note that the RSI has recently moved above 70 into overbought territory, indicating that EUR/GBP may be ready for  a short-term pullback. 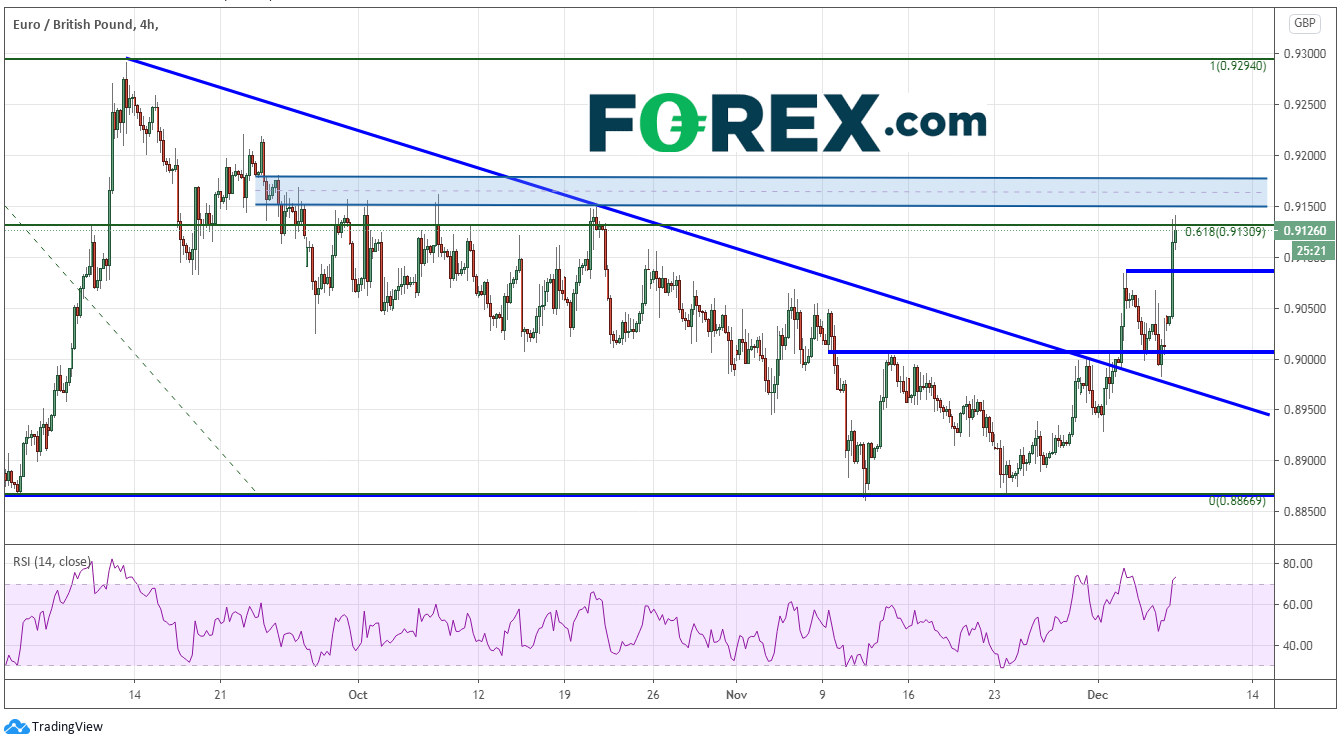 Early in the week, Brexit headlines should rule the price action for EUR/GBP.  Later in the week, add in the ECB and the EU Summit.

This could be a volatile week for EUR/GBP!  Make sure to sure appropriate risk/reward management if trading this pair!