Markets don’t like uncertainty. When there is uncertainty, investors buy gold.

Markets don’t like uncertainty.  When there is uncertainty, investors buy gold.  Many of the uncertainties that have been surrounding the markets towards the end of the year have been lifted.  Joe Biden won the US Presidential election and will become the 46th President of the United States on January 20th.  Last week, President Trump also begrudgingly conceded the election and said there will be a smooth transition of power.   In addition, with Democrats winning the remaining 2 contests for US Senate last week,  we now know that the Democrats will not only continue to enjoy a majority in the House of Representatives, but they will also control the Senate.  The Brexit saga has also ended.  Although it came down to the wire, a deal has been agreed and the uncertainty of a no-Brexit deal has been lifted.

As some risks to the markets have come to an end, others are still around. One of the largest  uncertainties that remains is that of the coronavirus.  The UK is still struggling to control the virus, with lockdowns in place until mid-February.  London is also looking at taking even more stringent actions.  The US continues to grapple with higher daily new cases.  In some states, such as California and Arizona, some hospitals are nearing capacity and continued restrictions remain in place.  Tokyo has gone into a State of Emergency.  And on Monday, even China reported its highest number of new cases in over five months, forcing some northern providences into lockdown.  However, with vaccines from Pfizer, Moderna, and AstraZeneca being approved by more and more countries almost daily, the race is on to distribute the vaccines and slow the spread of the virus.

With the reduced uncertainties in the markets and vaccine help on the way, are markets looking ahead to higher inflation?  Higher taxes in the US under the new administration and comments from Fed’s Harker, that the Fed may begin paring bond purchases before the end of the year, may have traders looking ahead.  The increase in bond yields last week would suggest they could be.   In the recent Week Ahead, we noted that 10-year yields rose above 1.00% to their highest levels since the pandemic began.  With rising interest rates came a sell off in gold.  This may continue in the short-term, but one also needs to wonder if the bond market is getting too ahead of itself? 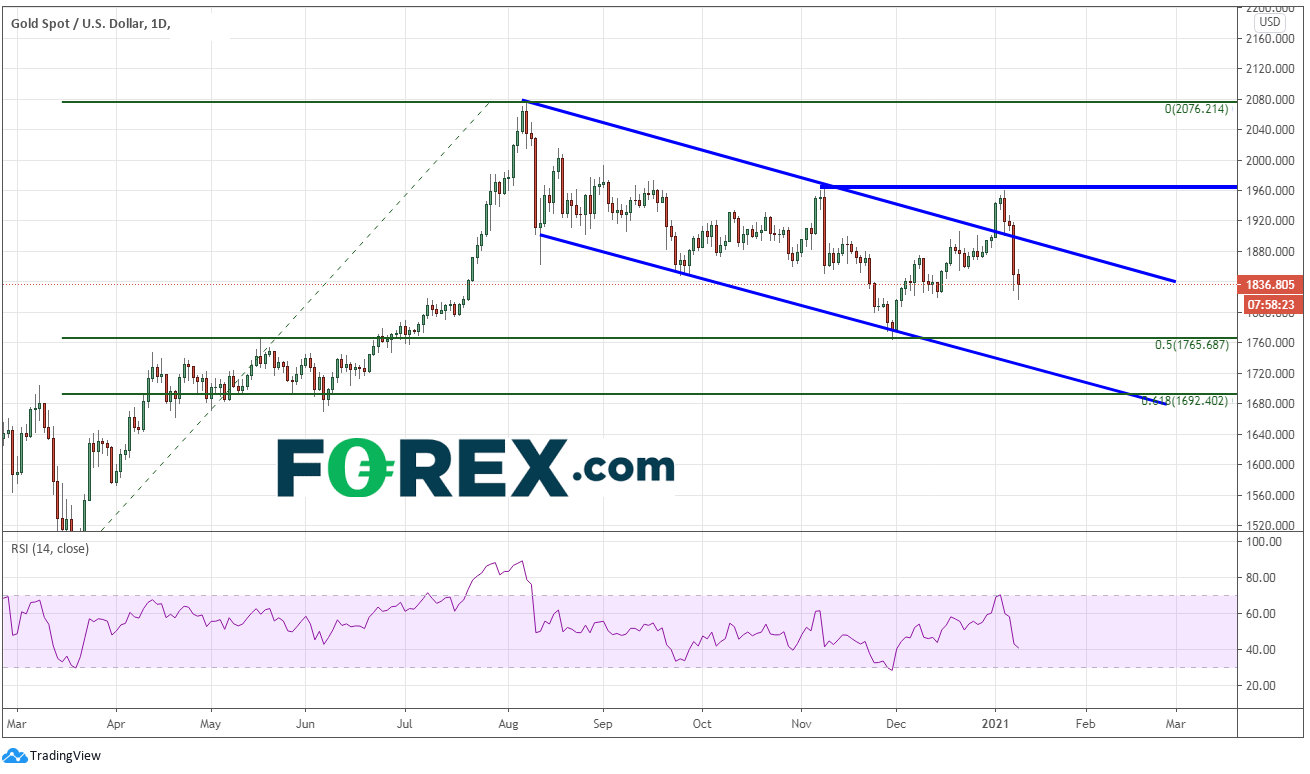 On a 240-minute timeframe, price put in a false breakout above the downward sloping channel on the first trading day of the year and hit horizontal resistance near 1960.  Last week. price then broke lower back into the channel and sold off aggressively, forming a pennant.  If price does break lower out of the pennant formation, the target is the going to be near the bottom channel trendline between 1730 and 1740.  If must first pass through the horizontal support at 1763.  Support below there is the 61.8% Fibonacci retracement from the previously mentioned timeframe bear 1692.  Horizontal resistance above is at 1877 and near 1900, which is also the upper trendline of the channel on the daily timeframe.  Note that the RSI is moving back into neutral territory as price consolidates.  This may indicate price is setting up for another move lower. 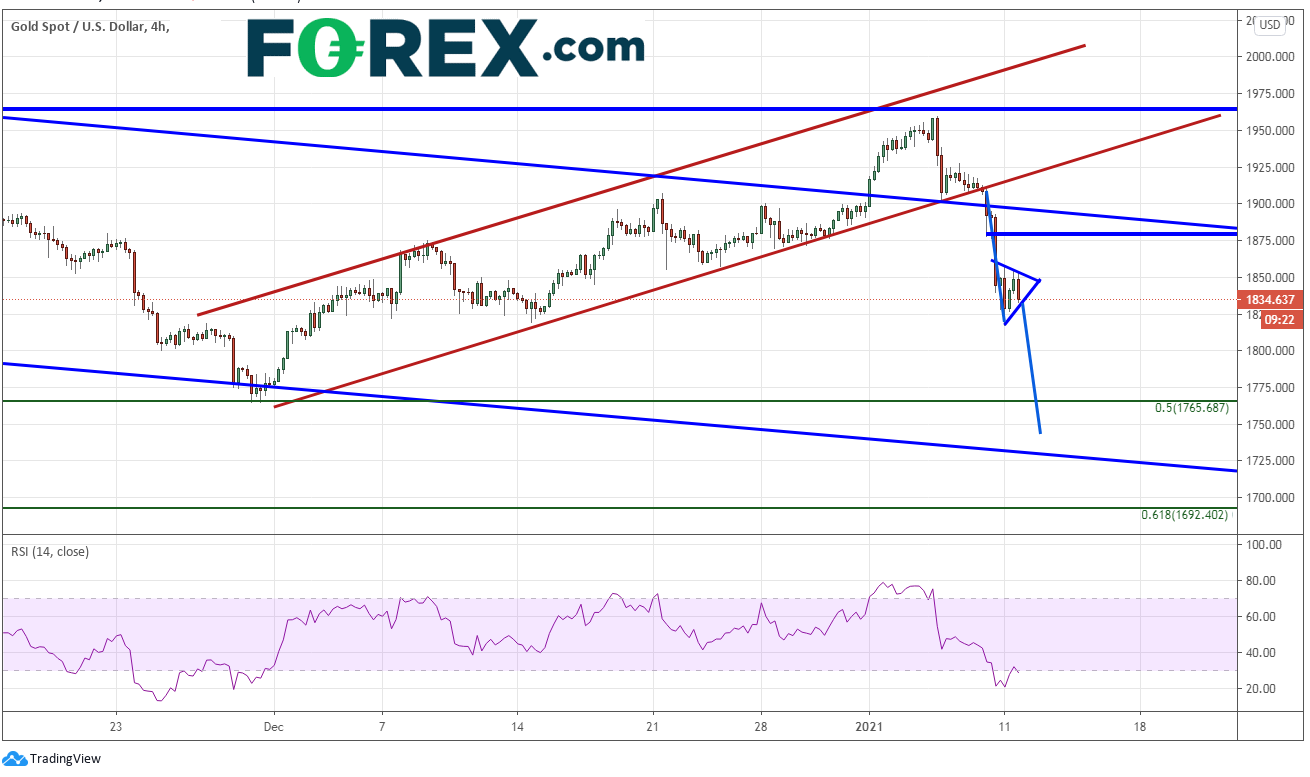 There are a host of Fed speakers this week, including Fed Chairman Powell on Thursday.  Traders need to watch for comments regarding the future of monetary stimulus.  In addition, vaccine headlines need to be watched see how the rollout is moving.  If there are supply disruptions or more “red tape”, it could lead to more risk of the virus continuing to worsen. These will be risks added to or reduced to the market and will affect the price movement of gold!