<p>In a quick follow-up to our DAX report published on Friday, the German benchmark stock index is currently displaying a bearish technical pattern on its intraday charts, which points to further losses in the near term.</p> 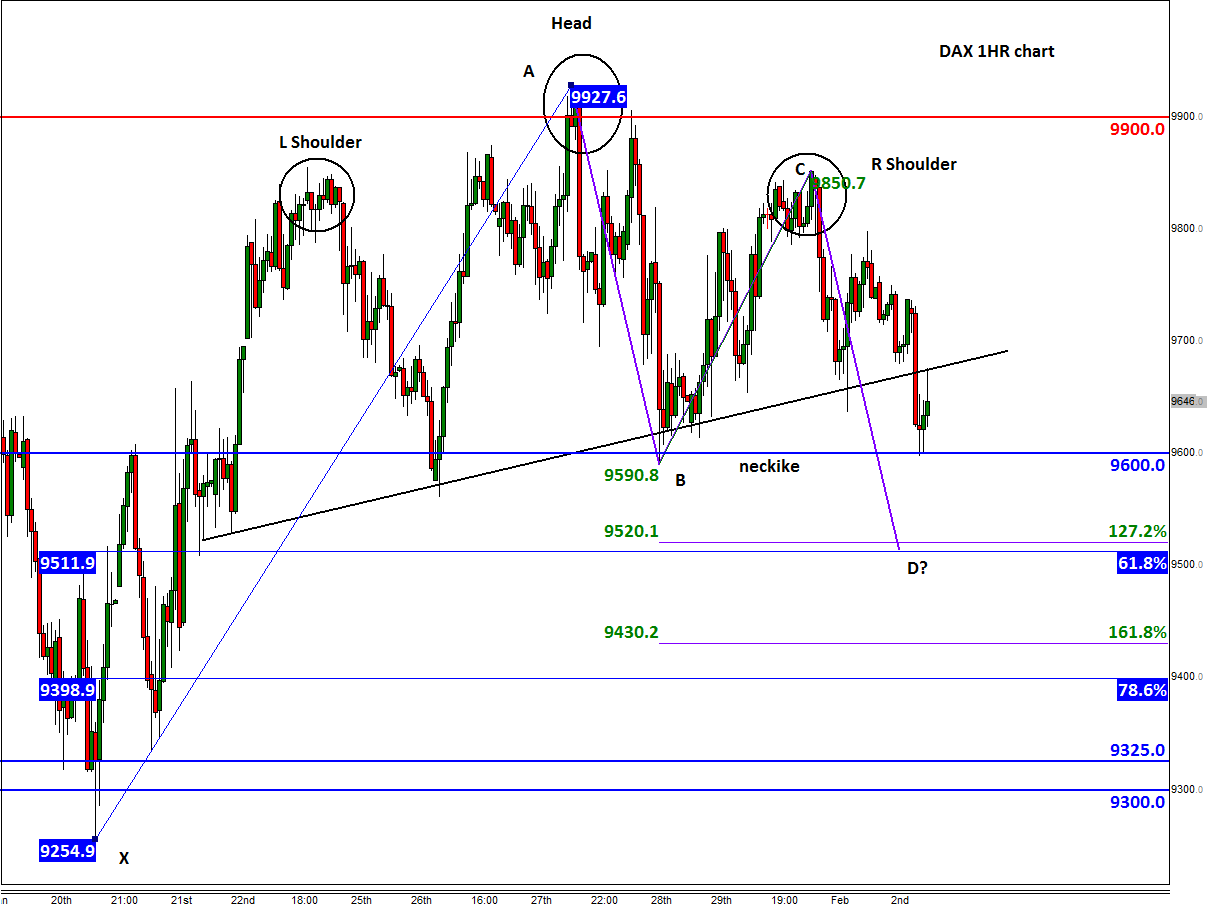