The new week has started with a bang for the global stock markets. Sentiment has been boosted by hopes that the US tax reform bill is clearing the final stages of Congress. 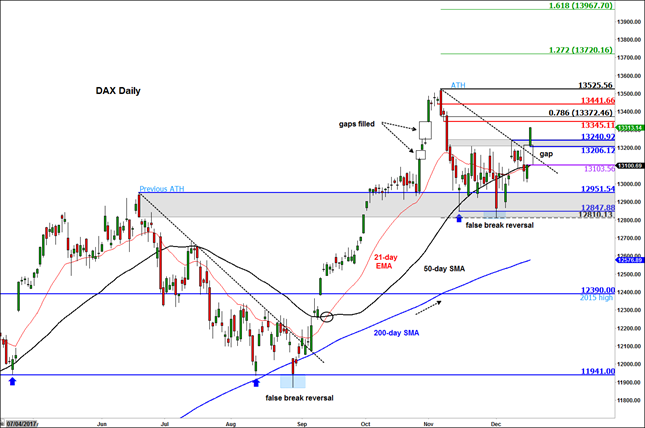