On a Daily Chart, the Stock remains supported by a Bullish Trend Line drawn from April...

Walt Disney (DIS), a U.S. major entertainment and media firm, reported that it swung to a 3Q net loss of 4.72 billion dollars from a net profit of 1.43 billion dollars in the prior-year period. Revenue plunged 42% on year to 11.80 billion dollars.

Disney pointed out that, impacted by social-distancing measures amid the coronavirus pandemic, its theme-parks business resulted in a loss of 1.96 billion dollars, compared with a profit of 1.72 billion dollars a year earlier.

On a Daily Chart, the Stock remains supported by a Bullish Trend Line drawn from April. 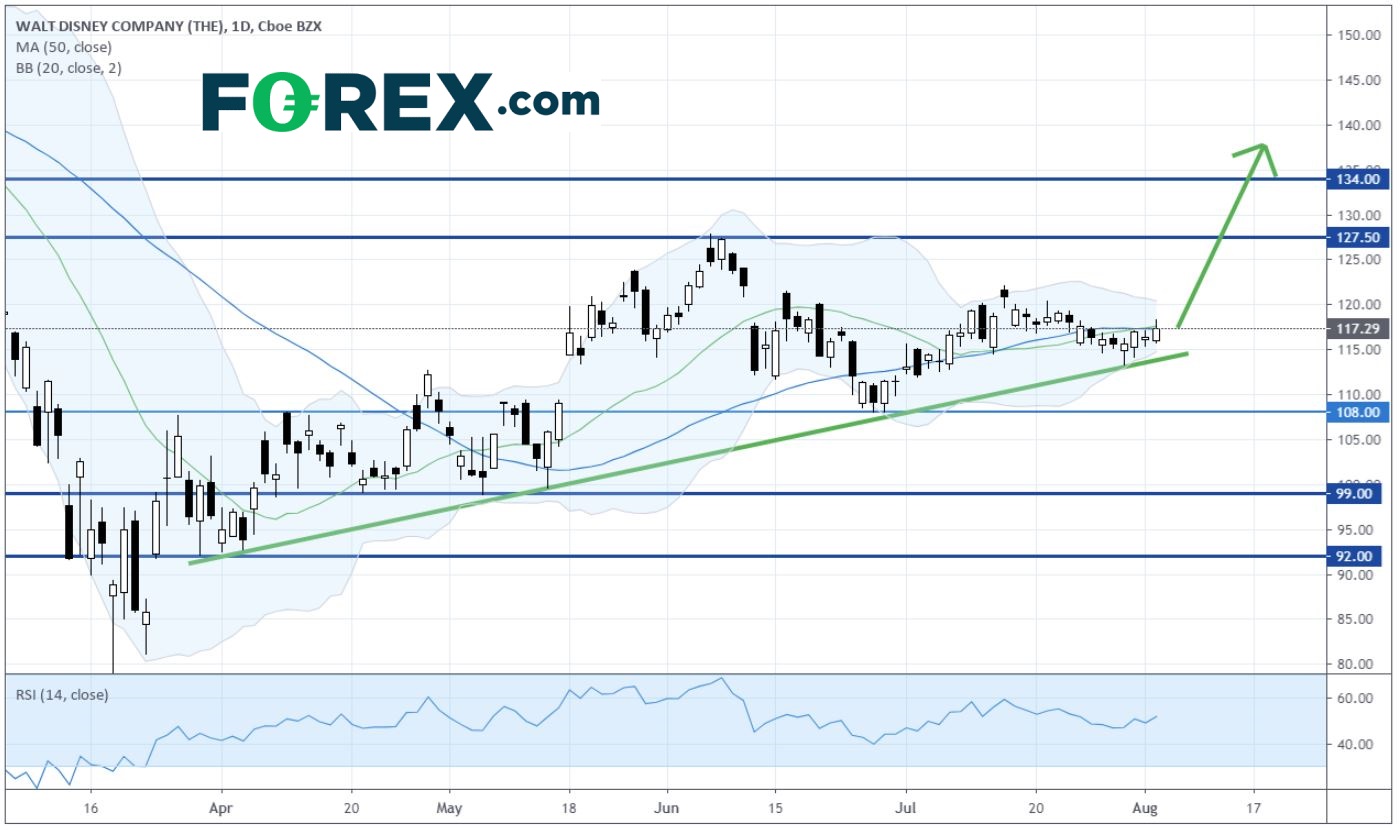 
The Stock is trying to emerge from a short term consolidation.

Unless the Key Support at $108.00 (around the low in June) is not breached, the short-term bias remains bullish.