Dollar Between Hope and Fear

Dollar is stuck between hopes of trade negotiations and fears of an ugly jobless rate.

U.S. Dollar is taking advantage of reports that U.S. Trade Representative Robert Lighthizer and Chinese Vice Premier Liu He will communicate on trade deal progress next week, which tends to give some relief in the Trade War. Later today, traders will have a close look at U.S. Jobs Report for April. It is widely expected that the economy cut a record 21.653 million Nonfarm Payrolls with the jobless rate surging to 16.0%.

From a technical point of view, on a daily chart, Dollar Index is searching for a trend as it stands between two trend lines and is trading around its 50-day moving average (in blue). The daily RSI stands around its neutrality area. Readers may therefore consider the potential for further advance in case of a break above April top at 101.00 which would lead to March high at 103.00. The nearest support would be set at Mar. 30 bottom at 98.30. A break below this threshold would lead to further weakness towards horizontal support at 97.40. 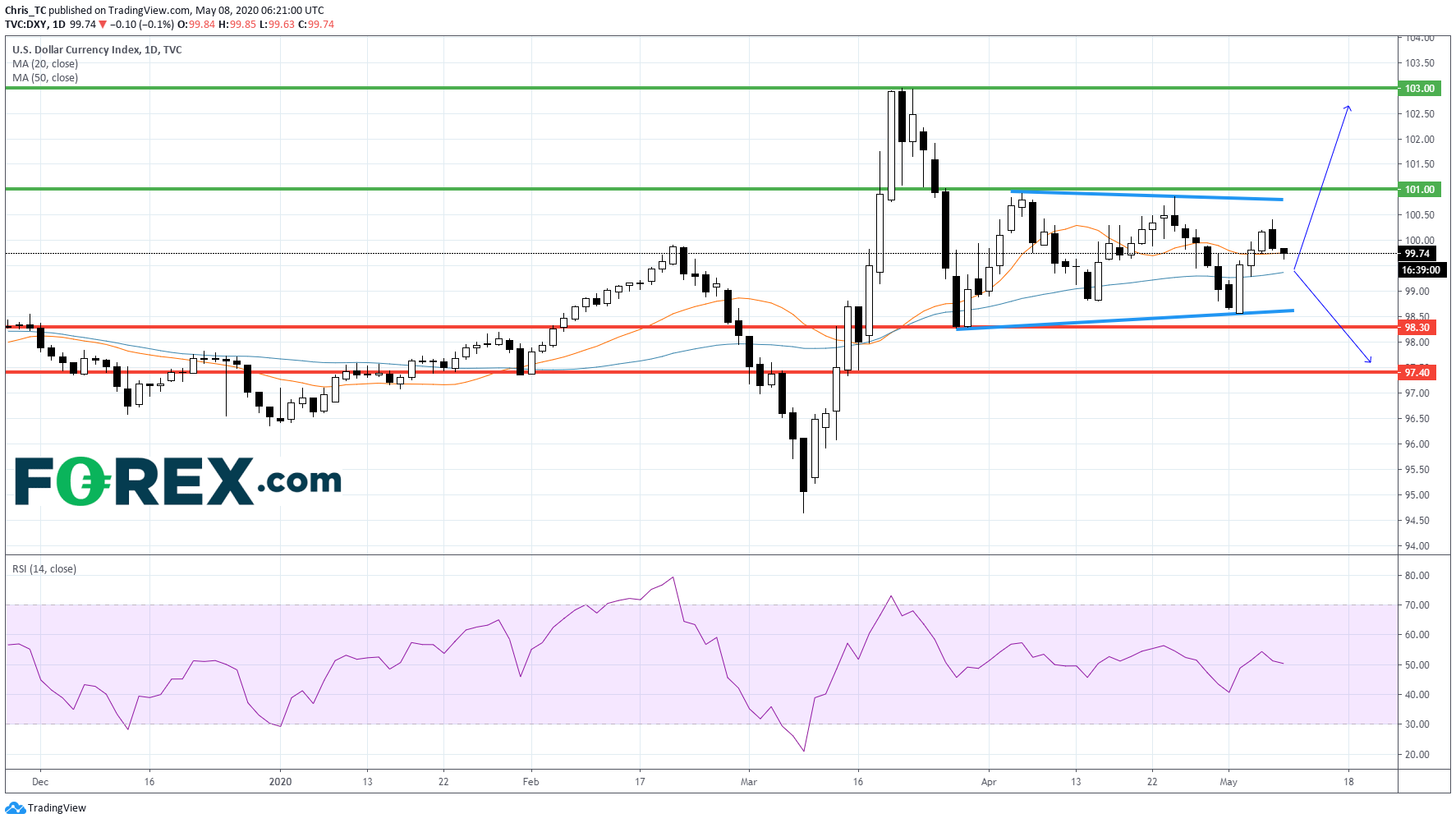