Black Friday means financial markets will close earlier than usual today, but don’t despair as there is a lot to look forward to next week. As well as the much-anticipated OPEC-meeting and top-tier Chinese economic data, we will also have important macro pointers from the worlds’ largest economy, which should provide the clearest indication yet if the Fed will indeed raise interest rates come December 14. Ahead of these important events, it appears as though investors have been lightening up their long dollar positions, which makes more sense in this shortened trading week for US investor in particular.

Black Friday means financial markets will close earlier than usual today, but don’t despair as there is a lot to look forward to next week. As well as the much-anticipated OPEC-meeting and top-tier Chinese economic data, we will also have important macro pointers from the worlds’ largest economy, which should provide the clearest indication yet if the Fed will indeed raise interest rates come December 14. Next week’s US data will include GDP, ISM services PMI and nonfarm payrolls, among others.  Ahead of these important events, it appears as though investors have been lightening up their long dollar positions, which makes more sense in this shortened trading week for US investor in particular. Consequently, the USD/JPY has eased while the EUR/USD and buck-denominated gold have bounced back. 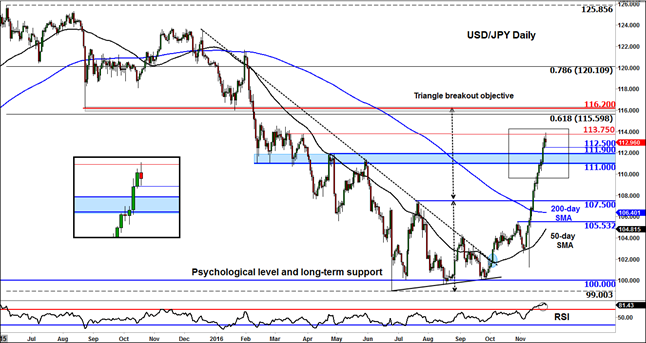