As the first trading day of the New Year kicked off on Tuesday, US stocks rallied on continued exuberance from a stellar 2017, but the US dollar continued to fall, extending its sharp weakness from the latter half of December.

As the first trading day of the New Year kicked off on Tuesday, US stocks rallied on continued exuberance from a stellar 2017, but the US dollar continued to fall, extending its sharp weakness from the latter half of December. This weakness was clearly pronounced late last week near the end of December, as the US dollar index gapped down below the key 92.50 previous support level. The sustained drop in the dollar from mid-December has also helped to spark a steep rally for gold prices.

US dollar weakness has prevailed even after the Federal Reserve raised interest rates again by 25 basis points in December, as widely expected, and also provided an outlook for three more rate hikes in 2018. Despite this sustained outlook for Fed monetary policy, doubts have remained as to whether the Fed can keep up this pace of tightening given ongoing concerns about persistently lagging inflation.

Further exacerbating the dollar’s weakness has been the recent continuing strength of the euro, which approached multi-year highs against the dollar near the key 1.2100 level on Tuesday, as expectations of further strength in European economies and further tapering of stimulus by the European Central Bank have increased. Over the weekend, an ECB official reinforced expectations that the central bank could potentially end its stimulus program later this year. The euro appreciated dramatically against the dollar in 2017, posting its strongest annual gains in well over a decade.

Meanwhile, the US dollar index continued to fall below the noted 92.50 previous support level on Tuesday, hitting more than a three-month low at 91.75. If the index remains below 92.50, the next major downside target is at the key 91.00 support level, which represents the multi-year low hit in early September. Any further drop below 91.00 would confirm a continuation of the dollar’s bearish trend from the beginning of 2017, with the next major downside target around the 90.00 psychological support level. 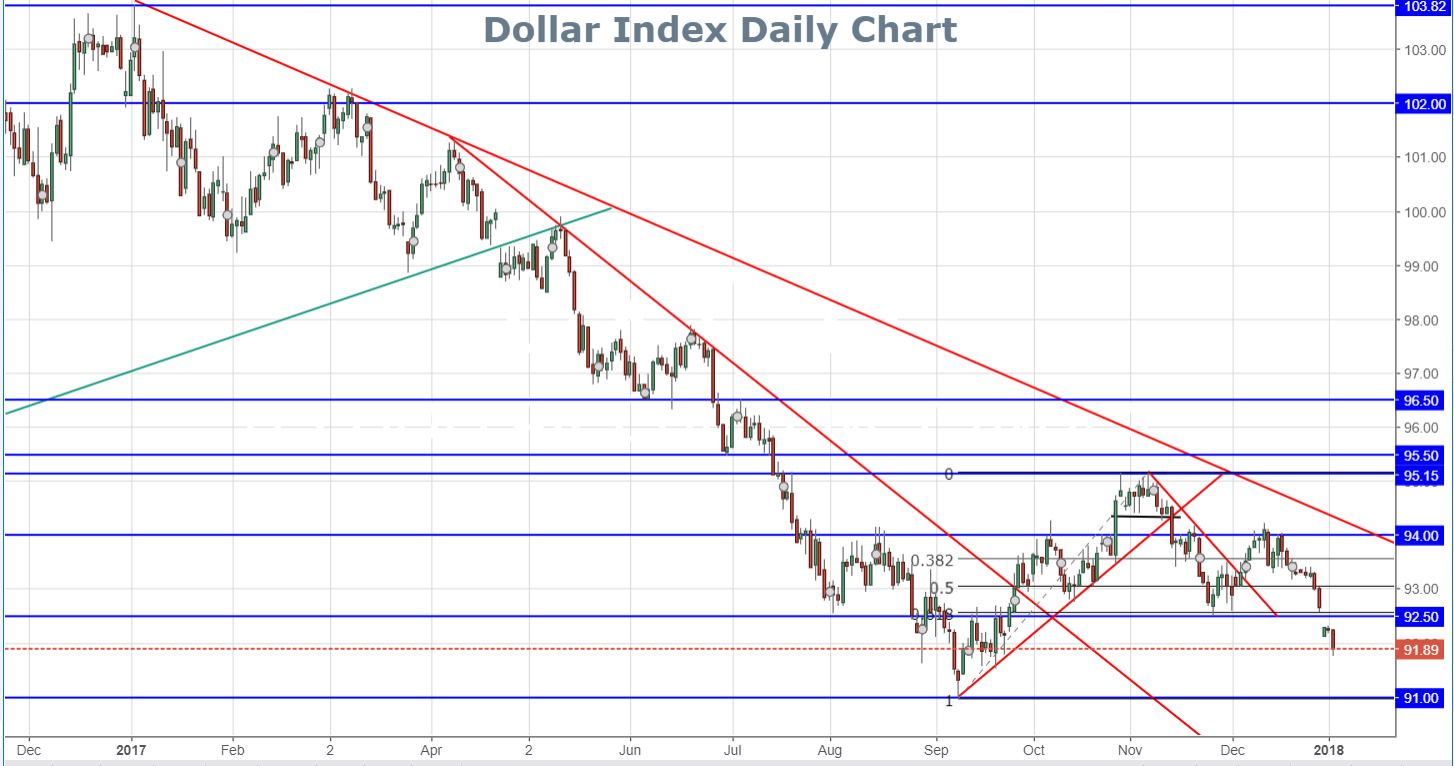