On Tuesday, with markets all but certain that the Federal Reserve will raise interest rates by at least 25 basis points on Wednesday at the conclusion of its heavily anticipated FOMC meeting, the US dollar index continued to be bid up above the key 94.00 price level. 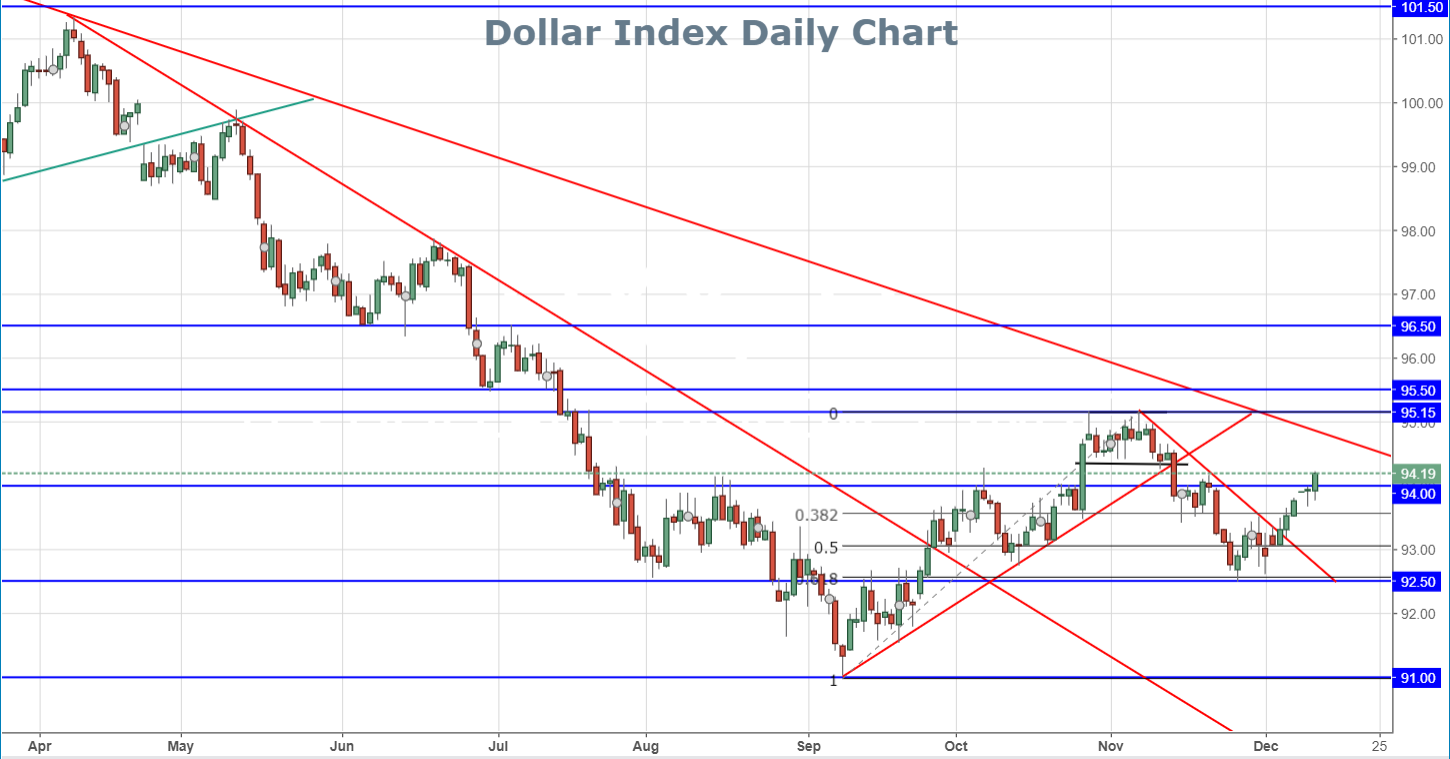