The dollar buying has paused, at least for the time being. After rising for five consecutive days, some bullish traders are undoubtedly booking profit ahead of this week’s key fundamental events. 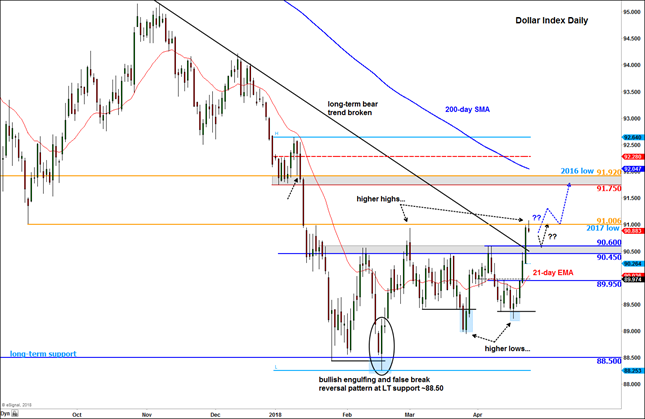