The US dollar turned positive against a number of foreign currencies after opening the new week lower. 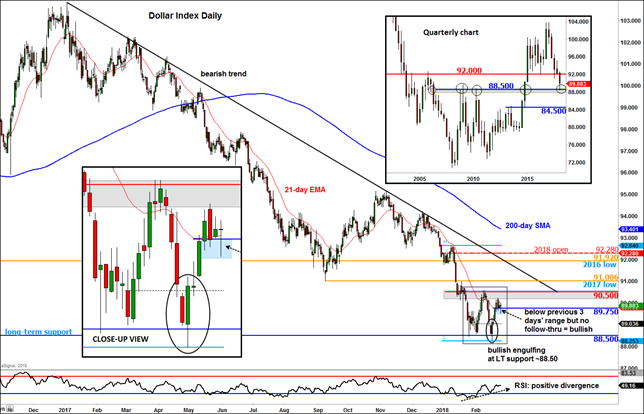