EUR/USD made a major breakdown on Tuesday as the US dollar surged on increasingly higher expectations of a Federal Reserve interest rate hike before year-end as well as increasingly lower prospects for a victory by Donald Trump in the early November US presidential elections. At the same time that the dollar has been boosted, the euro showed some pronounced weakness on Tuesday, falling not only against the dollar, but also against the yen, while rising against the even more pressured British pound.

EUR/USD made a major breakdown on Tuesday as the US dollar surged on increasingly higher expectations of a Federal Reserve interest rate hike before year-end as well as increasingly lower prospects for a victory by Donald Trump in the early November US presidential elections. At the same time that the dollar has been boosted, the euro showed some pronounced weakness on Tuesday, falling not only against the dollar, but also against the yen, while rising against the even more pressured British pound. 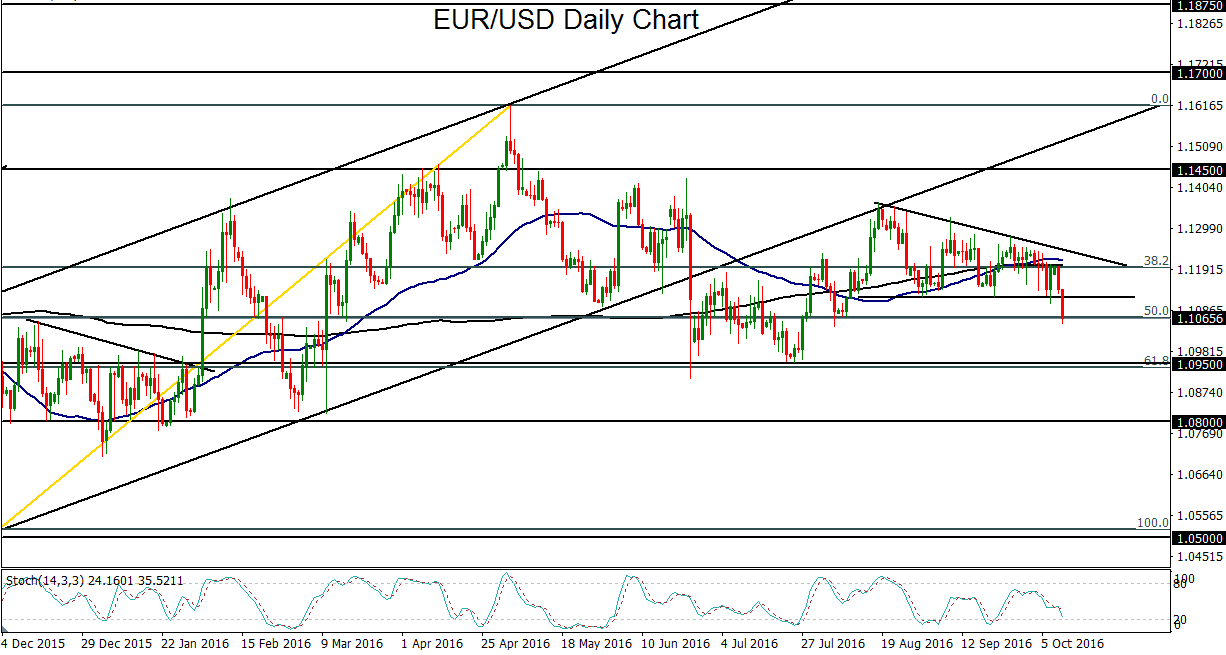