At the same time, the European Central Bank’s (ECB) next meeting is not scheduled until early September. At its last meeting in late July, the Eurozone’s monetary policy stance was kept unchanged, as expected, as the ECB refrained from implementing any further stimulus measures in the post-Brexit environment, for the time being. Until the ECB’s September 8 meeting, the US dollar is likely to be a significantly stronger driver of EUR/USD movement than the euro.

From a technical perspective, EUR/USD’s noted climb within the past month has boosted the currency pair from July’s post-Brexit support lows around the 1.0950 level (which is also at the key 61.8% Fibonacci retracement of the most recent major uptrend), up to the 1.1350 area as of this writing on Thursday afternoon. This area represents a new intermediate high that has not been seen since the day the UK’s EU referendum was held in late June. Having risen to this level, EUR/USD has also bumped up against the underside of a major bullish trend channel that has defined the currency pair’s uptrend from the 1.0500-area lows of last December up to the sharp breakdown of the channel on the day in late June that the Brexit outcome was finally known.

Having reached the underside of this uptrend channel, EUR/USD has hit some key resistance. Any turn back down from this resistance could once again target the 1.1100 support level to the downside. In the opposite event of any further surge that places the currency pair back into the uptrend channel, major further resistance immediately to the upside resides around the key 1.1450 level. 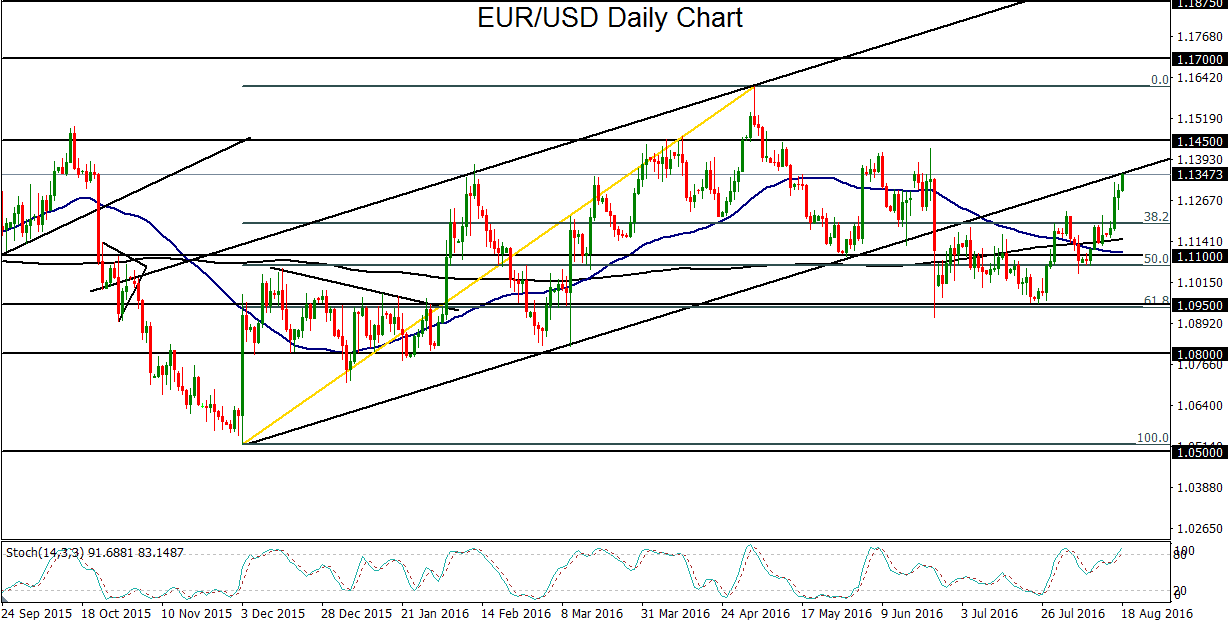