Don’t forget about Banxico on Thursday

With much of the focus on the Bank of England Interest Rate Decision tomorrow, let’s not forget that the Bank of Mexico will also meet!  As they have since March, Banxico is expected to leave rates unchanged after a year and a half of easing rates from mid-2019 to March of this year. Policy makers feel the easing cycle may have come to an end as inflation has crept up from 3.15% in December to a high of 6.08% in April!  However, May’s reading pulled back slightly to 5.89%.  On the same day as the central bank meeting, Mexico will release is mid-month inflation rate for June, which economists expect to have ticked up to 6.1%.   Although this is much higher than their target rate of 3%,  members said they expect actual inflation to converge with their target inflation towards the end of the year.  They also said that they will take necessary actions if needed for this convergence to occur.

USD/MXN has returned to pre-coronavirus levels between roughly 18.50 and 21.00.  Since the pandemic highs in April 2020, the pair has been putting in a series of lower highs. USD/MXN formed a bottom on January 21st near 19.55 and although it has been tested multiple times, bears have failed to push price lower.  On June 9th, the pair bounced off the lows and was halted near resistance on June 18th, just below the convergence of the downward sloping trendline and horizontal resistance near 21.00. 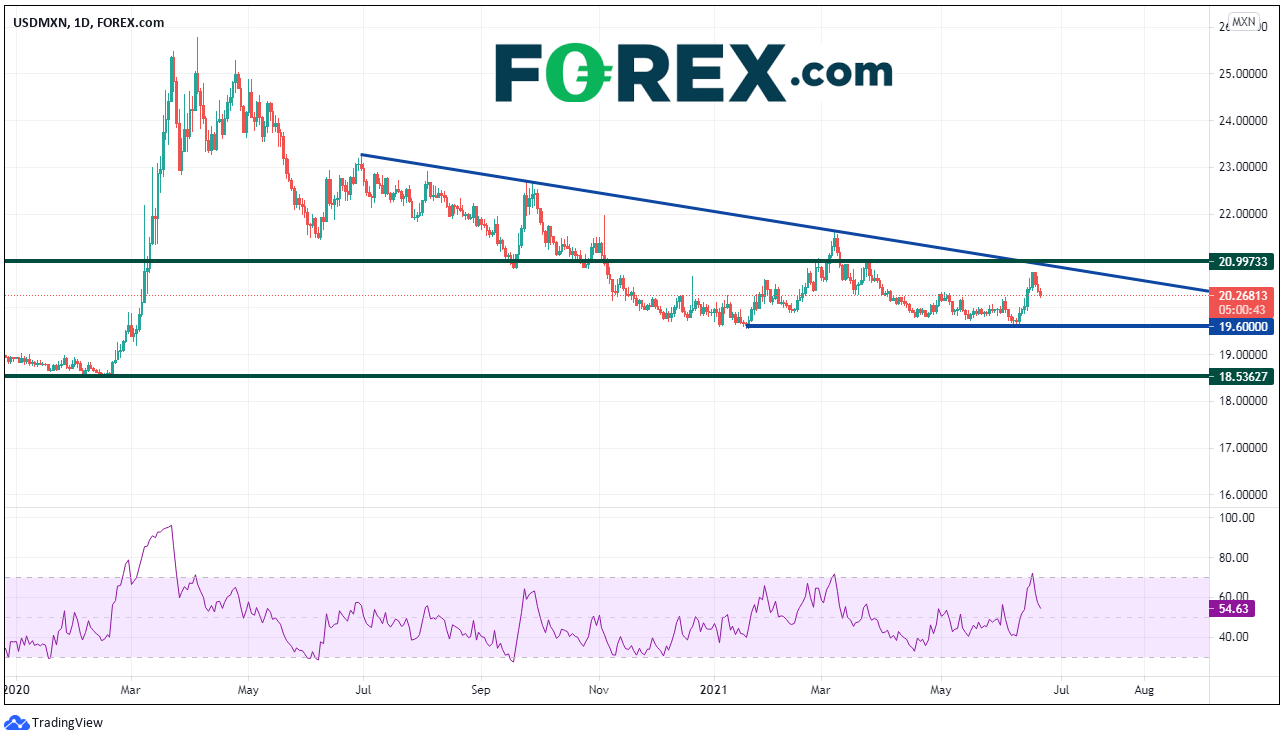 On a 240-minute timeframe, USD/MXN has since moved lower to the 50% retracement level from the June 9th lows to the June 18th highs near 20.1617.  (Notice that the RSI was in overbought territory just as price began to move lower.)  If price breaks below, the 61.8% Fibonacci retracement level from the same timeframe is near 20.03.  The June 9th lows come into play after that, as well as the January 21st lows near 19.55.  Horizontal resistance above is near 20.50, ahead of the recent highs at 20.7488.  Above there, horizontal resistance is at the 21.00 level. 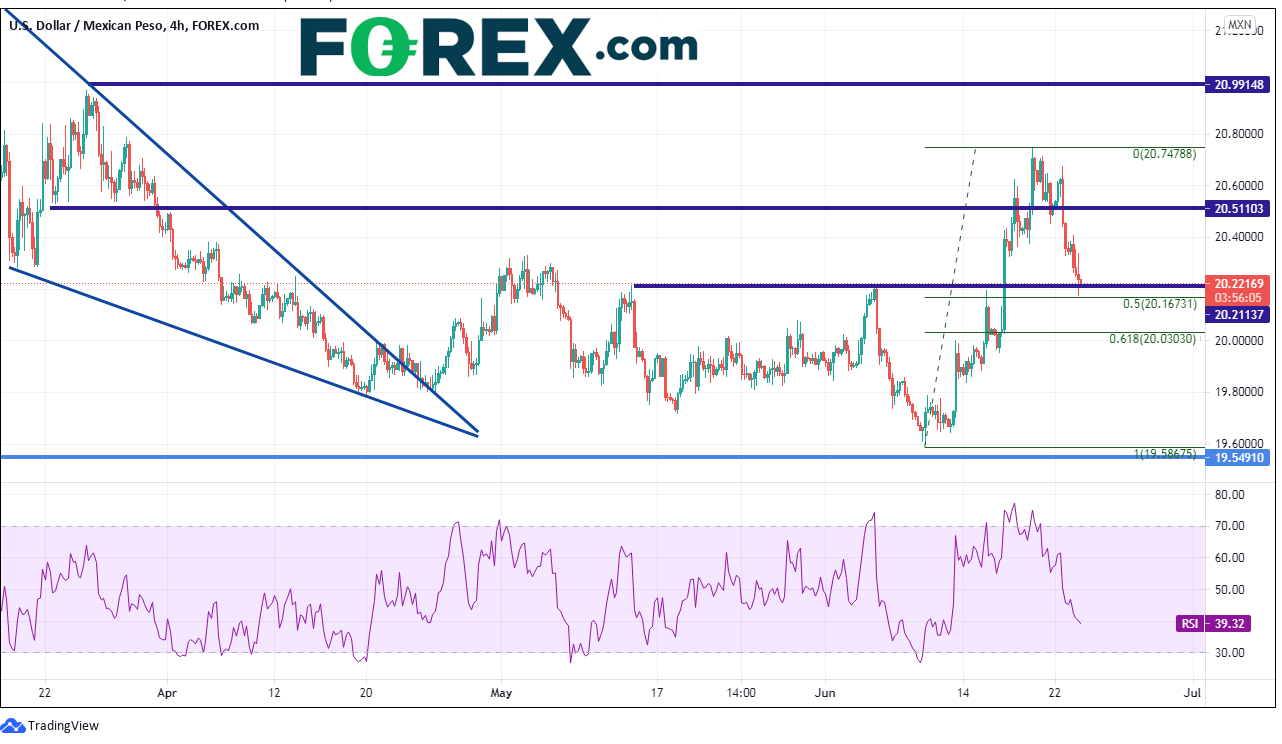 The move off the lows in USD/MXN last week was extenuated by the hawkish FOMC.  IF Banxico is leaning more hawkish, combined with a higher than expected mid-month CPI reading, USD/MXN could move to new near-term lows. If, however, the Bank of Mexico is dovish leaning or the mid-month inflation reading is lower than expected, USD/MXN may trade back above 21.00!  Traders should be prepared to react to either outcome!